500-year-old sculptures may be Michelangelos 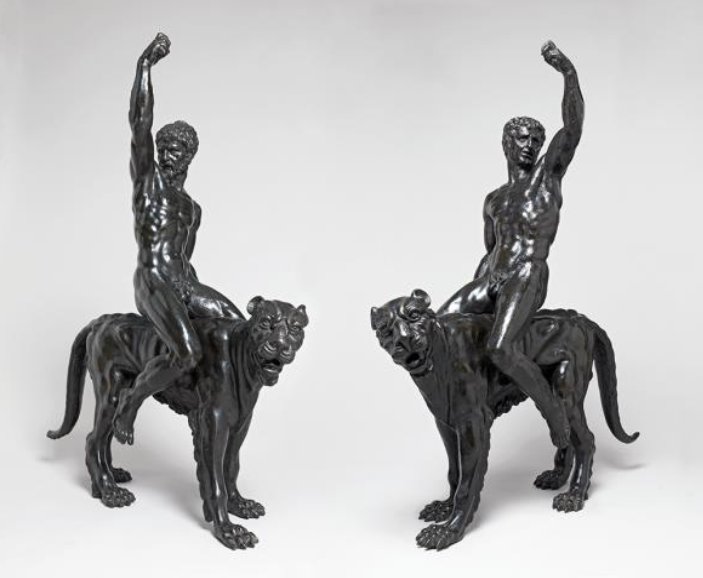 (CNN) — Two Renaissance sculptures of a nude man riding a panther may have been created by Michelangelo, says a British museum.

The Fitzwilliam Museum in Cambridge says that the bronze sculptures, known as the Rothschild Bronzes and dating from the 1500s, were probably created just after the famed artist’s David and just before he painted the ceiling of the Vatican’s Sistine Chapel. The museum and researchers at the University of Cambridge say they have “compelling evidence” that the works, attributed to a Dutch sculptor, are actually from Michelangelo.

If so, they are the only surviving Michelangelo bronzes in the world, says the museum.

The key clue that the unsigned bronzes were actually done by Michelangelo came from one of the master’s apprentices.

Last year, Paul Joannides, a Cambridge art history professor, noted that a Michelangelo student had made a study of several Michelangelo sketches for works believed lost. One of the drawings in the study, which dates from 1508, matched one of the bronzes.

Further research indicated they were in Michelangelo’s style, and X-rays roughly confirmed the era of their creation.

“Even a peroneal tendon is visible, as is the transverse arch of the foot,” wrote University of Warwick anatomist Peter Abrahams, according to the UK Guardian.

Victoria Avery, keeper of applied arts at the Fitzwilliam Museum, described the project to the Guardian as “a Renaissance whodunit.”

She says that the museum was careful in assembling the evidence and that the works are masterpieces.

“The modeling is superb, they are so powerful and so compelling, so whoever made them had to be superb,” she said.

The works — and some of the evidence — will be on display at the Fitzwilliam from Tuesday through August 9.

Though the museum is confident of the works’ origins, research is continuing, and results will be presented at a conference in early July.