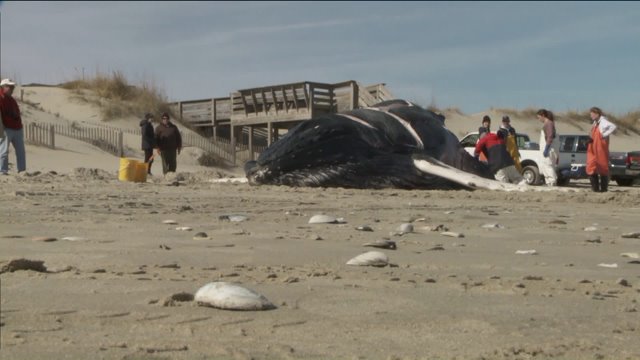 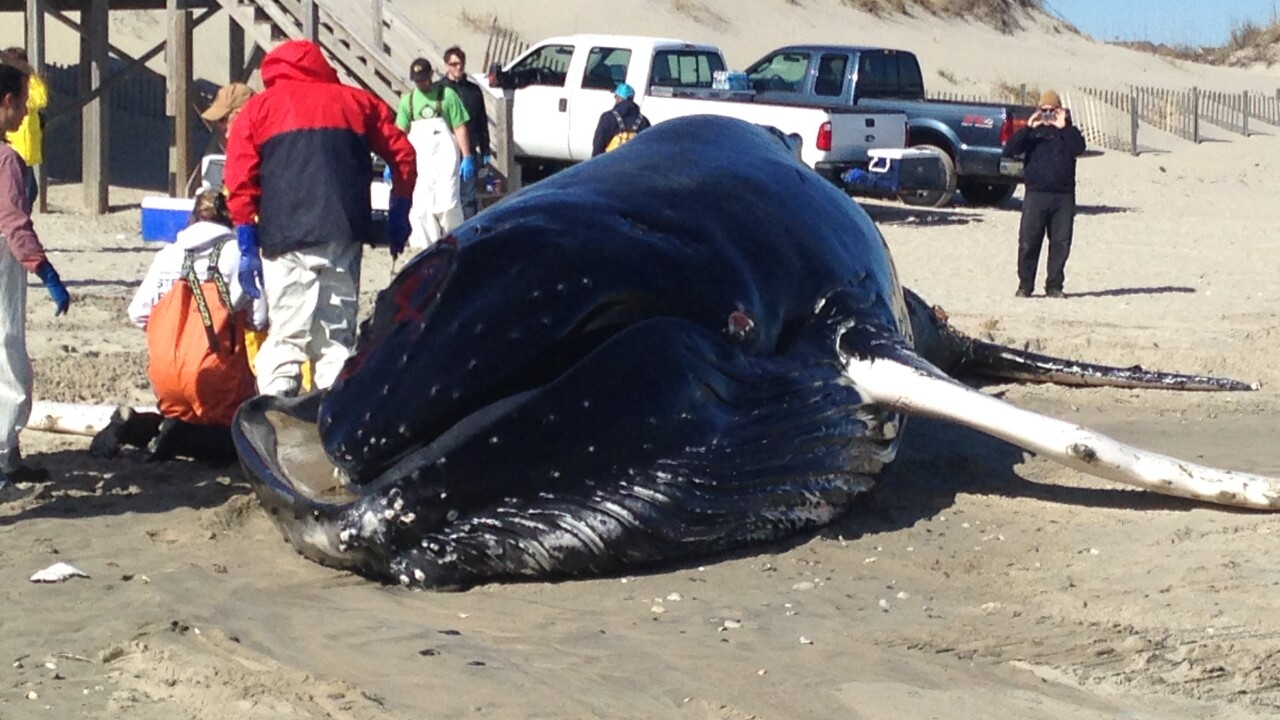 Corolla, N.C. - Investigators were on the move for much of the day Wednesday, looking at every angle from the outside in, to get to the bottom of why a juvenile humpback whale washed ashore in Corolla Tuesday.

"If you look north and you look south, we were the only two people on this whole stretch of beach," said Bob Segal.

Segal and his wife were taking their daily walk on the beach Tuesday when they saw something in the water.

"We saw this object about a half a mile up the beach - a big black thing - and we shook our heads, couldn't figure out what it was," said Segal.

So, they got a little closer, started taking pictures and discovered it was a whale.

"It was unfortunate. It was obviously stranded. And we didn't know whether it was trying to get back out or if it was dead," said Segal.

That's when Segal and his wife called the North Carolina Aquarium to get the whale some help.

Tides made it difficult to do a full investigation Tuesday.  So, teams from North Carolina and Virginia were out Wednesday, performing a necropsy of the juvenile female whale, anywhere from five to ten years old.

William McLellan, North Carolina State Stranding Coordinator at the University of North Carolina-Wilmington, says the whale's body is in overall good condition, but something is still wrong.

The team is checking to see if the whale could have contracted an illness from a dolphin, specifically the morbillivirus, which killed dozens of dolphins about two years ago.

Samples will be taken back to labs in North Carolina and California for testing.  As for the rest of the whale, most of the body will be buried.

"It's sad in a way that it had to happen, but if it helps improve the technology and the science of preserving whales, then it's all to the good," said Segal.