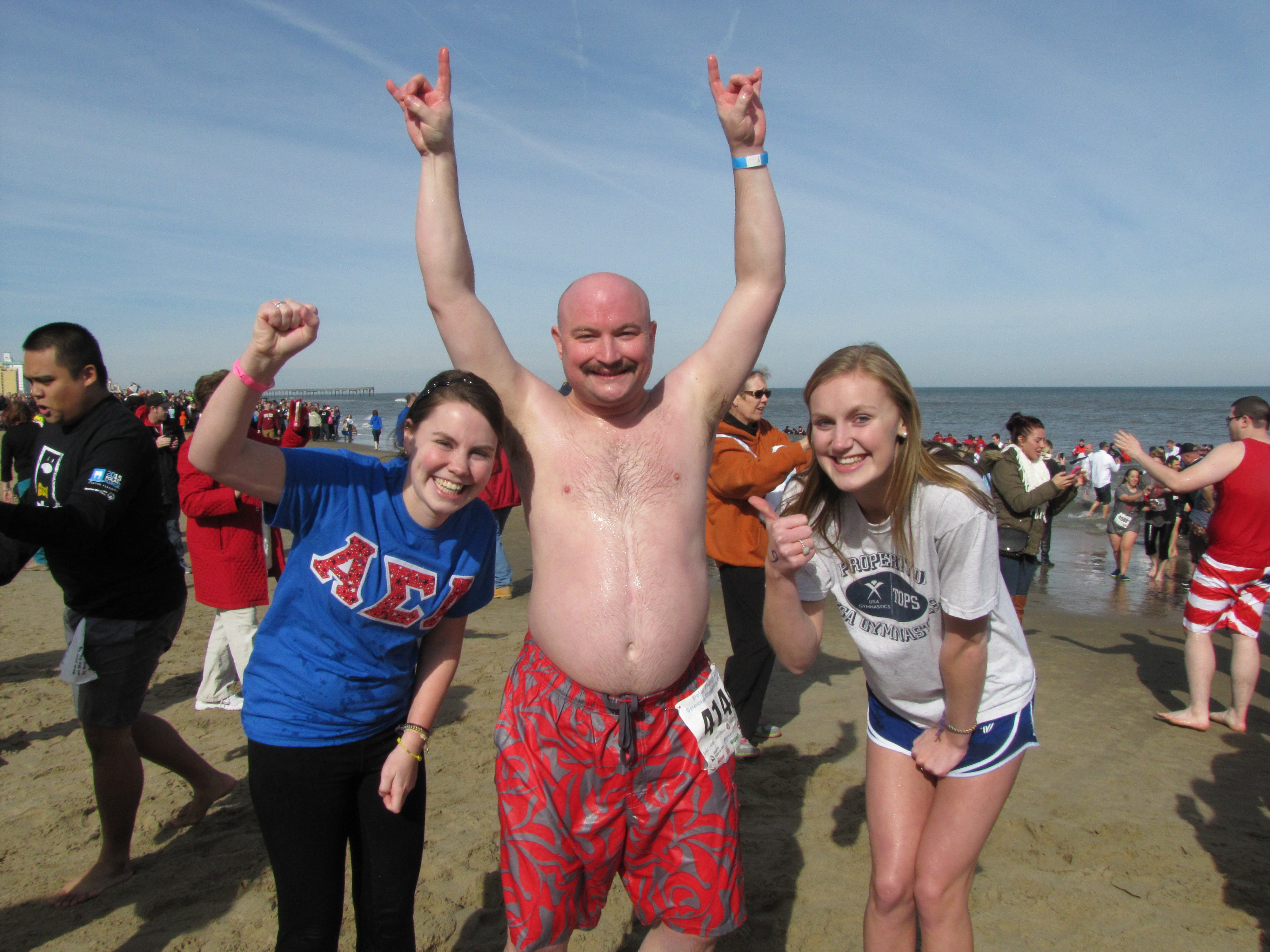 Virginia Beach, Va. – More than 3,000 people took an icy dip in the Atlantic Saturday for the annual Polar Plunge.

Water temperatures were only in the 40s, but it was worth it.

The event raised a cool $1.15 million for Special Olympics Virginia.

The year-round program  provides sports training and athletic competition for children and adults with intellectual disabilities.

Olympic gold medalist and Hampton native Francena McCorory took part in the plunge this year.  “Being an Olympian myself, I love to support other Olympic athletes.  It’s a great cause.  I know first-hand how sports can transform your life,” she said.

Participants had to raise at least $100 to participate, but many teams went far beyond that.

Tim Doyle, a Special Olympic coordinator in northern Virginia, says his team raised $91,000.  “We come down to Virginia Beach and plunge every year and we love it,” Doyle said, “We’re doing it for the athletes of Special Olympics Virginia.”