Rodanthe, NC. - A portion of the Rodanthe Pier collapsed into the Atlantic Ocean on Thursday afternoon. The 80-feet that broke off of the pier was newly repaired from Hurricane Sandy. Another storm badly damaged the pier in December, followed by more damage from high winds in February.

"I have never seen anything like it before," explained Paul Lawrence, a longtime Rodanthe tourist. He visits the pier often, but nothing prepared him for what he saw on his visit Thursday.

The Rodanthe pier is privately owned and is considered a favorite spot for locals, but it's also a big draw for tourists. Meaning if the pier is not repaired before the Spring, the town's economy could be damaged as well.

"It could hurt a lot of people especially the people that come here to fish If they know that it's not here they will go other places and that could hurt businesses all over the place," said Scott Cahoon, Rodanthe resident.

A GoFundMe account has been set up by pier supporters to help fix the damages. 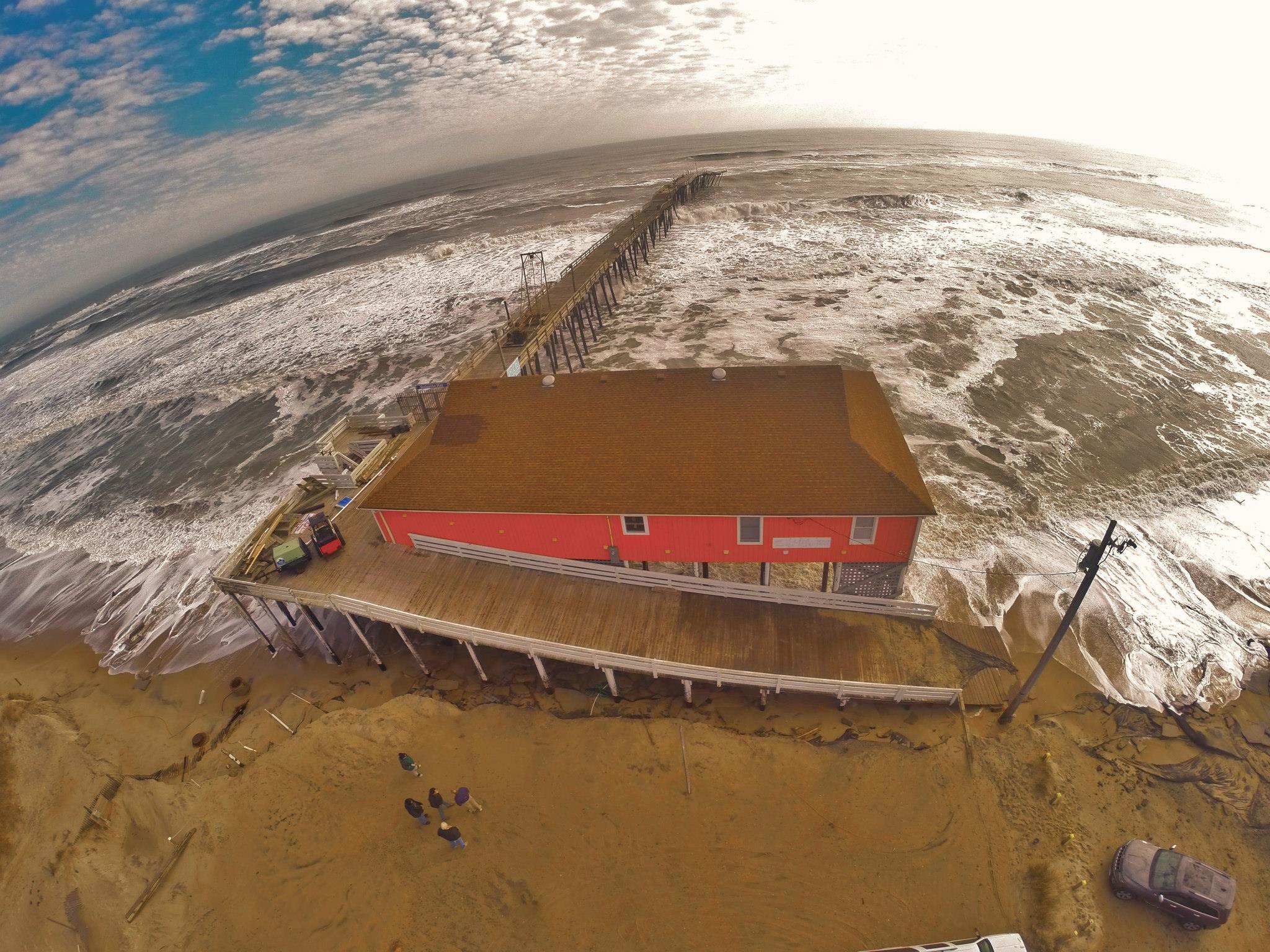