UPDATE: The fishing boat is now free after it became trapped in ice 900 miles northeast of McMurdo Sound. For two weeks, crews worked to free the vessel after an international rescue operation that ended on Sunday at 8 p.m.

Alameda, Calif. – A U.S. Coast Guard crew is en route to rescue an Australian-flagged fishing vessel that is now trapped in the Antarctic Ice.

The Antarctic Chieftain suffered damage to three of its four propeller blades when it became stuck in the ice and has lost its ability to maneuver. According to Mr. Mike Hill, the manager of RCC New Zealand and Safety Services, the fishing boat’s hull is not damaged and none of the 26 crew members are injured.

Once the Polar Star reaches the Antarctic Chieftain, they will have to break the ice around the vessel and tow the vessel to the nearest safe harbor.

The Polar Star is currently about 750 miles away from the Antarctic Chieftain’s position. 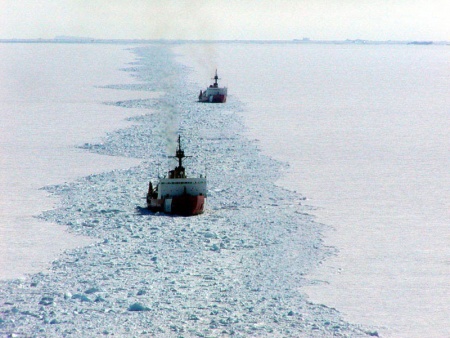