Maureen McDonnell sentenced to one year, one day in prison

Video: Bob McDonnell in Richmond ahead of Maureen McDonnell`s sentencing

Richmond, Va. - Former First Lady of Virginia Maureen McDonnell was sentenced Friday to one year and one day in prison.

She was able to leave court after her sentencing and will remain out on bond pending her appeal.

After Maureen's sentencing, the U.S. Attorney's Office released the following outline of the their case:

According to the evidence presented at trial, from April 2011 through March 2013, theMcDonnell’s participated in a scheme to use the former governor’s official position to enrich themselves and their family members by soliciting and obtaining payments, loans, gifts and other things of value from Star Scientific and Jonnie R. Williams Sr. The McDonnell’s obtained these items in exchange for the former governor performing official actions to legitimize, promote and obtain research studies for Star’s products, including the dietary supplement Anatabloc.

The evidence further showed that the McDonnell’s attempted to conceal the things of value received from Williams and Star to hide the nature and scope of their dealings with Williams from the citizens of Virginia by, for example, routing gifts and loans through family members and corporate entities controlled by the former governor to avoid annual disclosure requirements.

"I am the one who allowed the serpent into the home," Maureen McDonnell #mcdonnellsentencing @WTKR3

"The venom from that snake has poisoned my marriage, my family & the Commonwealth that I love," -Maureen #mcdonnellsentencing @WTKR3

Bob McDonnell was found guilty of 11 of the 13 counts he faced. He was sentenced in January to 24 months in prison.

After being granted permission to remain out of prison during his appeal, he attended his wife's sentencing hearing on Friday, though he did arrive separately.

Video of McDonnell walking in:

In papers filed with the court, Mrs. McDonnell's attorneys had asked that she be placed on probation and sentenced to 4,000 hours of community service, according to our sister station WTVR.

If she was to work 40 hours a week, it would take two years for her to complete that sentence.

“My mom has faced public humiliation beyond anything I could have imagined,” Rachel McDonnell, her youngest daughter wrote in a letter to the judge.

“This experience has been so painful for my whole family,” Cailin McDonnell, another daughter wrote.

Lawyers have requested that Maureen serve half of her time at home, and the other half in a facility. 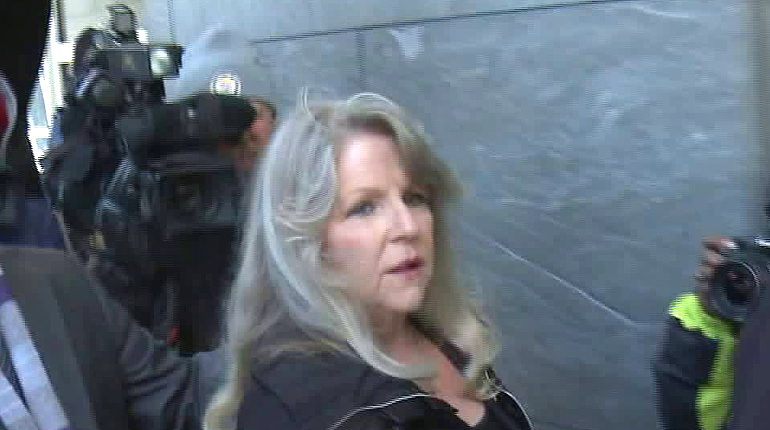