(CNN) — What? Not enough snow, ice and cold for you? You say you STILL need some “Frozen” references in your life?

Well, this ought to quench that need for freeze: Ice has suddenly blossomed across the Great Lakes, with the ice pack nearly doubling in just a little more than a week. The lakes are now more than 85% iced over, according to the Great Lakes Environmental Research Laboratory, with Lake Erie leading the way at more than 98%.

For the first time in (not quite) forever, Niagara Falls looks pretty much frozen, too.

And here’s the thing … people are going there! And not in a “Supreme Leader Kim Jong Un is going, so we better go and smile, too” way. These folks are going voluntarily.

“I haven’t seen it like this in a long, long time,” one visitor, Maryann McCleary, told the station. 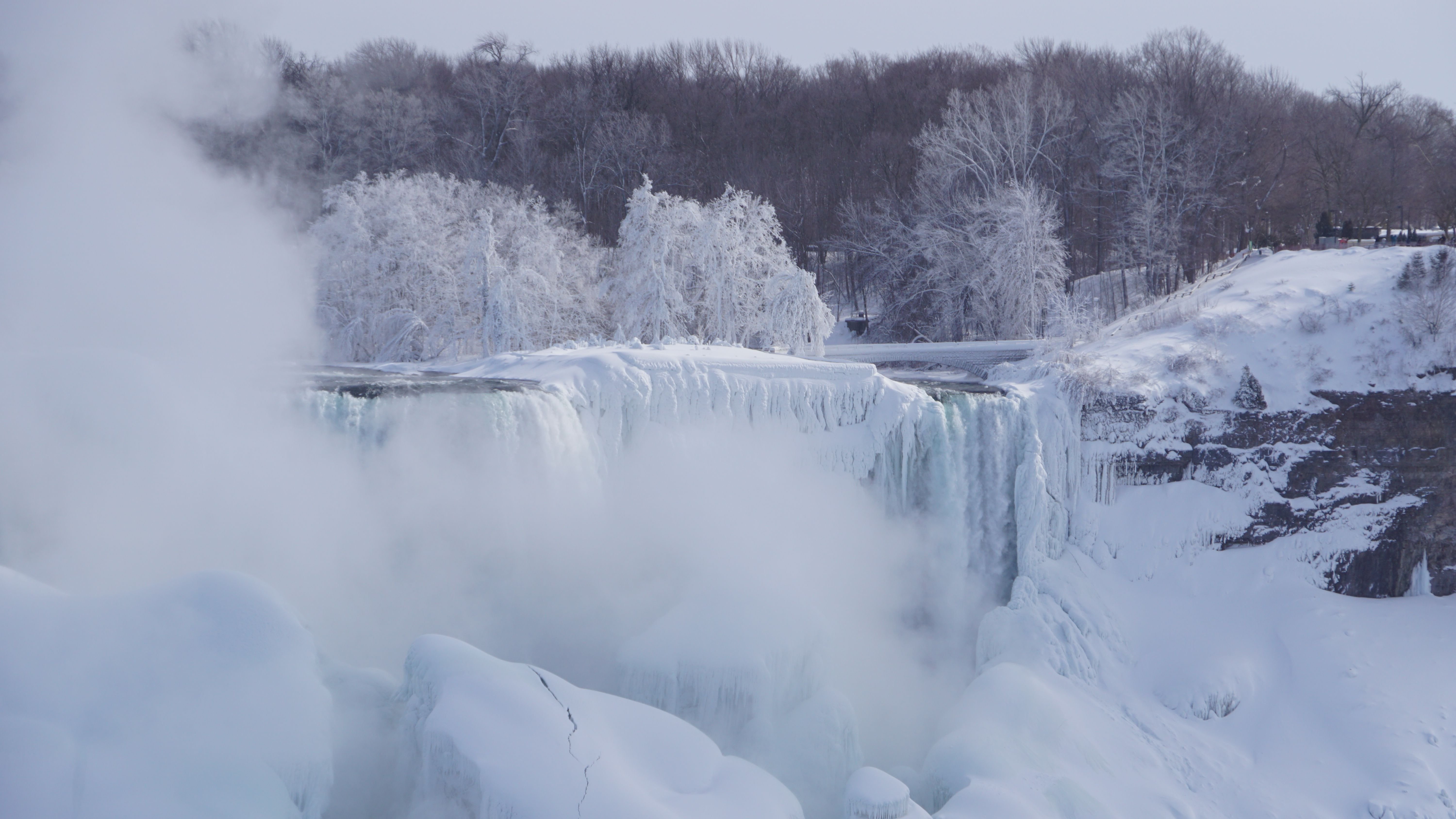 Some tourists had come from as far away as Alabama and even from overseas, the station said.

Niagara Falls isn’t exactly frozen over; water is still flowing underneath the ice. It’s not uncommon for parts of the falls to ice over in winter. The only recorded time the water flow stopped completely was in 1848, thanks to an ice jam upriver.

Icy conditions are also par for the course in the Great Lakes. The current 85% coverage isn’t a record; that would be 1979’s 94.7%, according to the Great Lakes Environmental Research Laboratory.

But there’s still time for this year to contend for the record. The National Weather Service says extremely cold arctic air will allow for expansion of the ice coverage in the coming days.

Queen Elsa, and her pint-sized fans, would be pleased.