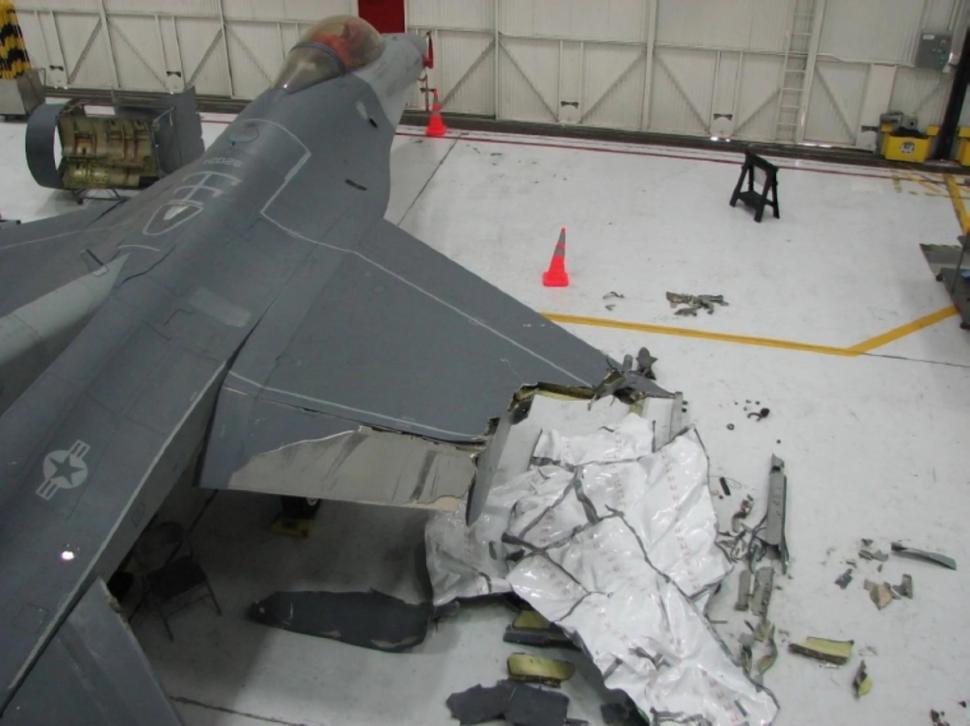 (CNN) — When two fighter jets met in midair over Kansas last year, it turned one to wreckage and clipped a wing off the other, destroying $22 million in government property.

But the accident neither killed nor injured anyone seriously.

The F-16Cs assigned to the Tulsa Air National Guard collided during a training mission near Moline on October 20, 2014, during an air combat maneuver training mission. The U.S. Air Force released a report on the crash on Friday.

One of the pilots “was an instructor with approximately 2,400 hours of flight time in the F-16,” while the other was “a relatively inexperienced student pilot with 106 flying hours in the F-16.”

The instructor ejected and experienced minor injuries, while his plane came down in a field.

The student pilot’s plane had “significant damage to the right wing,” but he was able to land at Tulsa International Airport in Oklahoma.

Pictures released by the U.S. Air Force show one jet lying in pieces in a field, while the other jet was parked in a hangar with half the right wing missing and damaged parts lying on the floor.

The report said that private property was not significantly damaged.