(CNN) — A big hole in the ground discovered near a venue for the 2015 Pan American Games in Toronto has stumped authorities looking into it.

“What does that tell you?” a reporter asked the deputy chief.

“That tells me that this was nailed inside the tunnel on the wall,” Saunders deadpanned as the room erupted with laughter.

“I wasn’t overly concerned that ‘Oh my goodness this is going to be something horrific,’ ” said Saunders, a 31-year veteran overseeing security of the world’s third largest international multi-sport games. “We’ve got steps and measures in place” to deal with these kinds of threats, said Saunders. “If someone is going to be nefarious in this type of way, we’ll be on top of it.”

The discovery of the tunnel — which was made by conservation officer last month, but disclosed Tuesday — comes amid heightened concerns about terrorism in Canada and beyond. 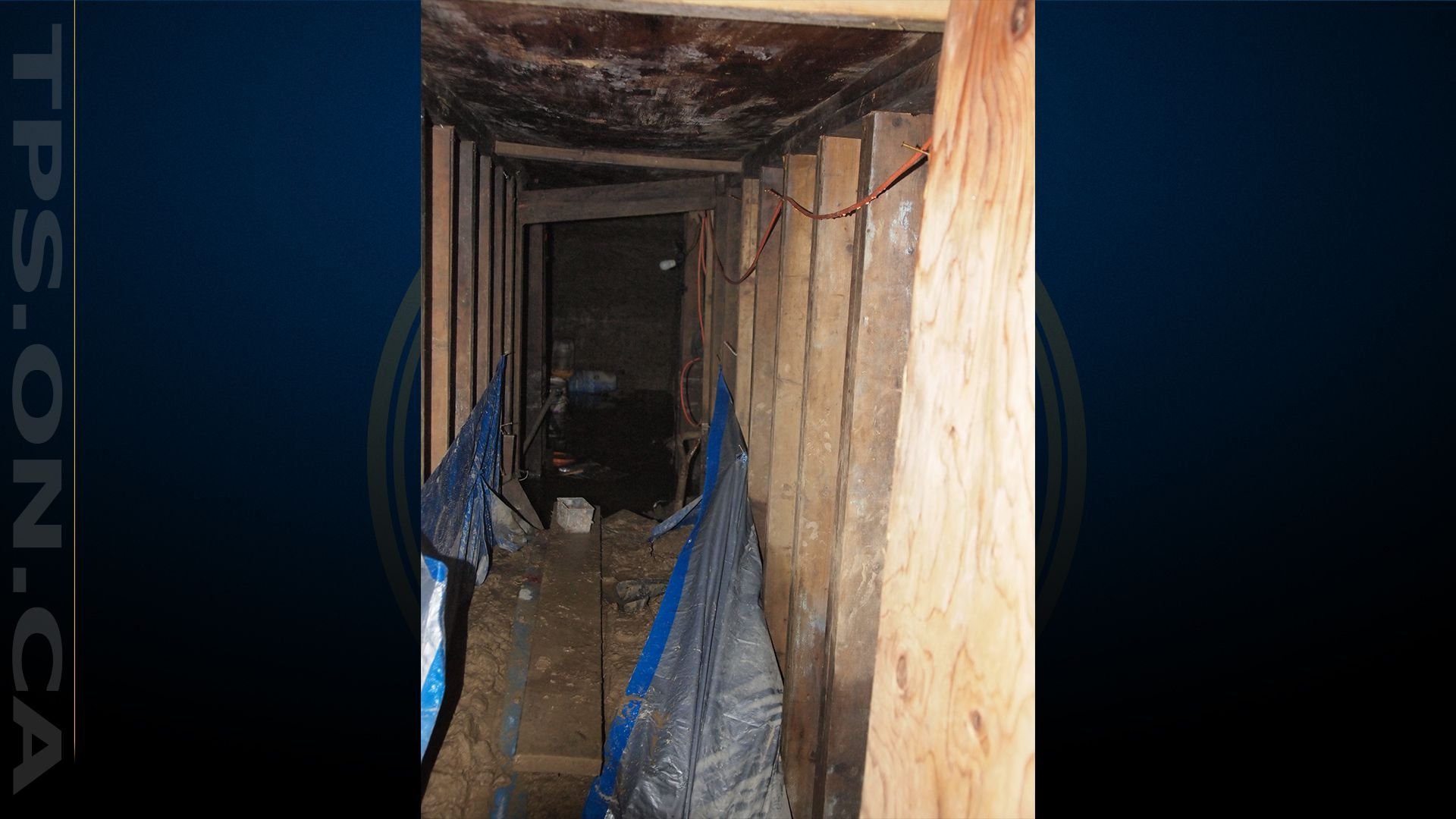 In October, a soldier was shot and killed as he stood guard at Canada’s National War Memorial in Ottawa. Officials said the gunman had connections to jihadists who shared a radical Islamist ideology.

Two days before the Ottawa attack, another Canadian soldier in Quebec was run over and killed by man whom the Royal Canadian Mounted Police described as “radicalized.”

Saunders said there was no evidence so far of criminal activity or terrorist intent in connection with the tunnel found about 82 feel west of a fence that separated a densely wooded area from Rexall Centre, a tennis and entertainment complex on the grounds of York University.

“There is nothing right now that suggest that this is criminal,” he said. “We’re trying to find and establish right now who built it, why they built it and what were their intentions.”

“There is no criminal offense for digging a hole.”

Authorities are seeking information from the public about any suspicious activity in the area.

The tunnel was equipped with electricity supplied by a generator, a sump pump to remove water and a pulley system to remove dirt, Saunders said. It likely took more than one person to dig it out by hand. Ice that formed at the end of a hose attached to the sump pump indicates that the tunnel may have been used this winter.

“We don’t know whether someone is building one somewhere else,” Saunders said. “I’m open to anything right now.”

The Pan American Games, which take place from July 10 to July 26, involve nearly 7,000 athletes from Latin America, South America, the Caribbean and North America. It is the third largest international sports competition after the Olympic Summer Games and the Asian Games.