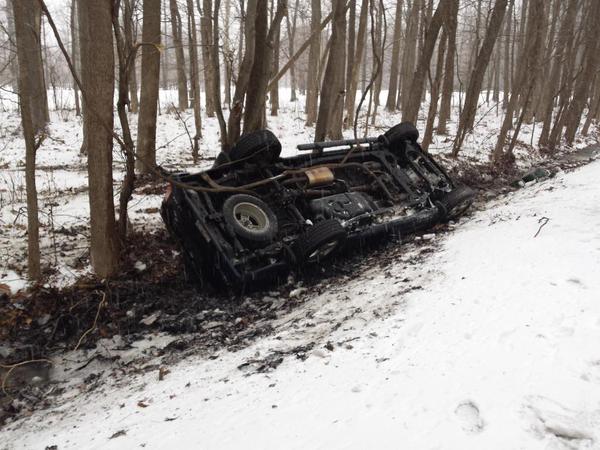 UPDATE: All I-64 reversible HOV lanes are closed.

Hampton Police say they have responded to 50 accidents since 1 p.m. on Tuesday. Seven of them had injuries involved and nine were disabled vehicles.

In Norfolk, a car hit a pole on 21st and Granby Street. Medics were called to the scene. No other information has been released.

From 4 p.m. to 9:30 p.m., troopers responded to 174 traffic crashes in Chesapeake. Fourteen of those crashes involved injuries and 158 involved property damage only. There were also 53 disabled vehicles.

Several crashes have been reported, one involving a school bus, as snow continues to blanket Hampton Roads.

Dispatch in Virginia Beach says a school bus was involved in an accident with three other vehicles on Northampton Blvd. and Bayside. No lanes are blocked and there were no injuries reported.

The snow and ice have made the roads very slick in Hampton, and two vehicles crashed into a ditch on Magruder Blvd. police reported via Twitter.

A truck also drove on top of a jersey wall on I-64 eastbound in the HOV lanes at Chesapeake Blvd.

Earlier crews closed lanes on Southbound Powhatan Parkway on I-64 after a multi-vehicle crash.

There is yet another accident on I-64 eastbound in the HOV lanes blocking Military Highway.

Multiple accidents have also been reported in Currituck County. No injuries have been reported in any of the incidents. Elizabeth City Police say they’ve had six in the last hour. One was on a bridge, another vehicle hit a tree and someone else ran into a ditch.

Crews also responded to a car fire on I-64 westbound near the I-264 Interchange.

NewsChannel 3 will continue to post updates about these incidents.

Click here to get live updates in our live blog.