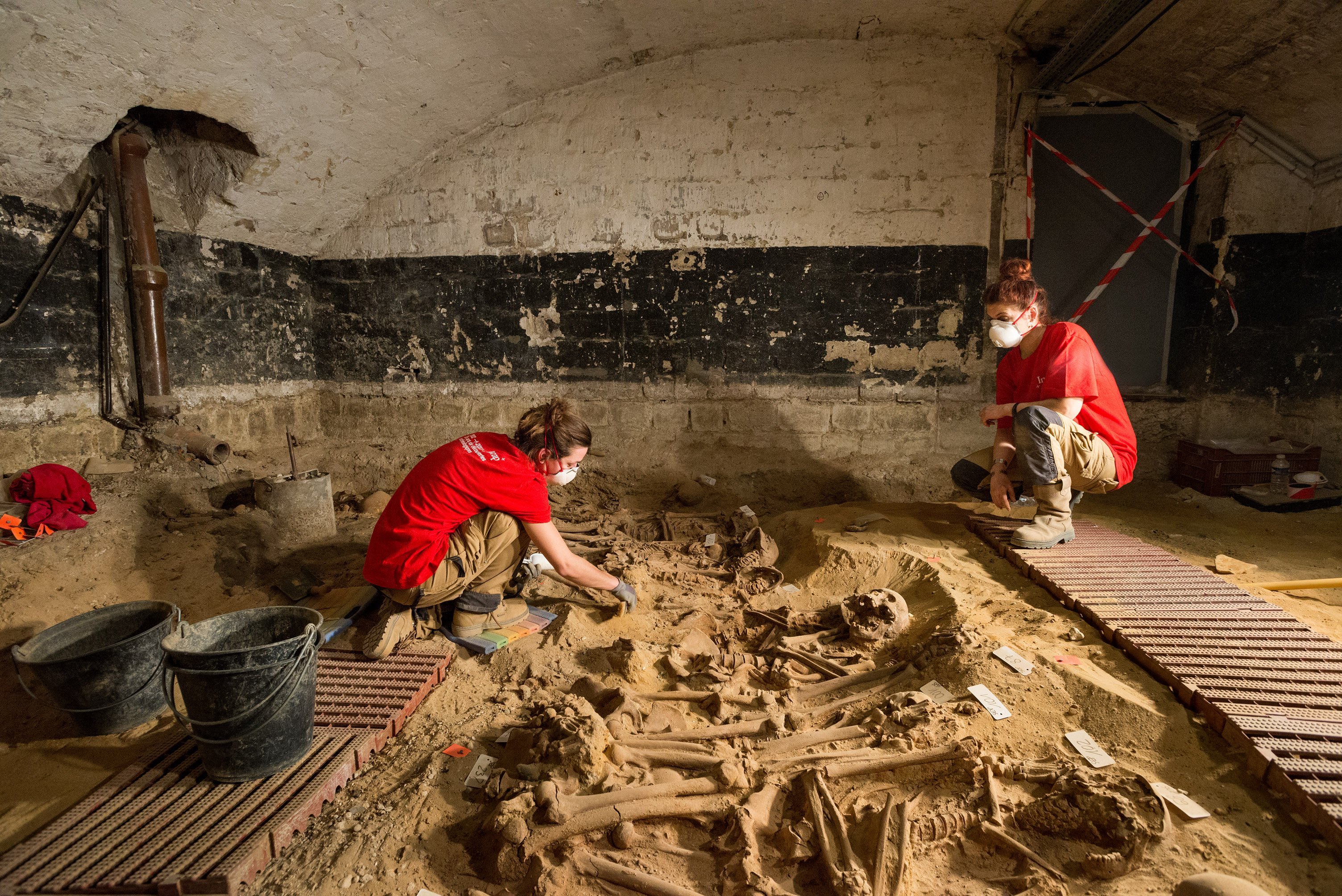 (CNN) — Workers digging underneath a Paris supermarket have made an unsettling discovery: as many as 200 skeletons.

The grocery store, Monoprix, was doing some renovations in January and workers removing an underground wall discovered the bones. The area was apparently part of a cemetery for the Hospital of the Trinity, according to CNN affiliate, France’s BFM-TV. The cemetery operated from the 12th century to around the 17th century.

Researchers and archeologists are conducting carbon dating and DNA testing to try to figure out when and why the people died, the affiliate said. It’s clear they all died around the same time, lead archeologist Isabelle Abadie told BFM-TV, because of the way the bodies were neatly arranged.

“What’s surprising is the bodies were not thrown in (the graves) but were carefully placed there in an organized manner. The individuals, men, women, and children, were placed head-to-toe,” to fit as many as possible in the grave, Abadie explained.

Paris suffered several plague epidemics during the times that the hospital was in operation, as well as a smallpox outbreak in the 17th century.

Archeologists working the site have found eight common graves in an area that is 100 square meters, with seven of the graves containing between five and 20 skeletons each and another site with more than 150 skeletons, BFM-TV said. The groupings suggest that whole families were buried together.

Abadie told BFM-TV that when the cemetery was shut down centuries ago, most of the remains were moved to the Catacombs of Paris.

“But apparently the job was not done well,” she said.