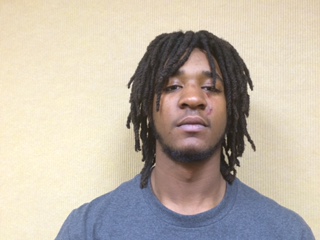 UPDATE: Officials have now charged two more people who they say were involved in the shooting death of 26-year-old Tyler Anthony Cole.

They’ve charged Terrance Andretti Martin, Jr. and Jaiquan Keonta Smith. Both have been indicted for capital murder and robbery.

Martin was already being held at the Virginia Peninsula Regional Jail on an unrelated charge and Smith, 18, was arrested at his home on March 24th.

Police are still investigating this case. If you know anything, please call the Crime Line at 1-888-LOCK-U-UP.

Wilbert McKenley Walker of Charles City was arrested on Thursday and charged with second degree murder.

Back on November 7th, authorities were called out to Ironbound Square Park in the 300 block of Carriage Road. Callers told them they heard gunshots in the area.

Police say they found Cole, who was driving a vehicle, suffering from multiple gunshot wounds.

He was pronounced dead at the hospital.

Police say Walker drove two suspects to the scene who are believed to be the shooters.