Geese found shot with arrows and pellets in Virginia Beach 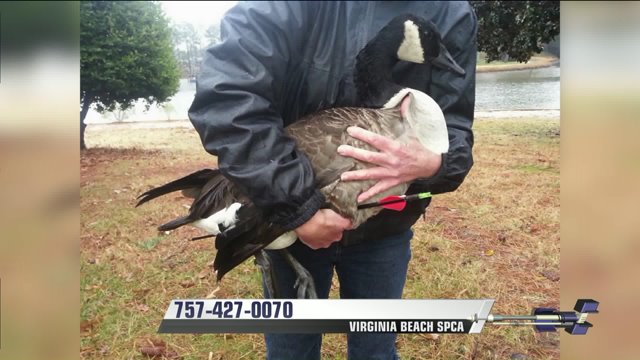 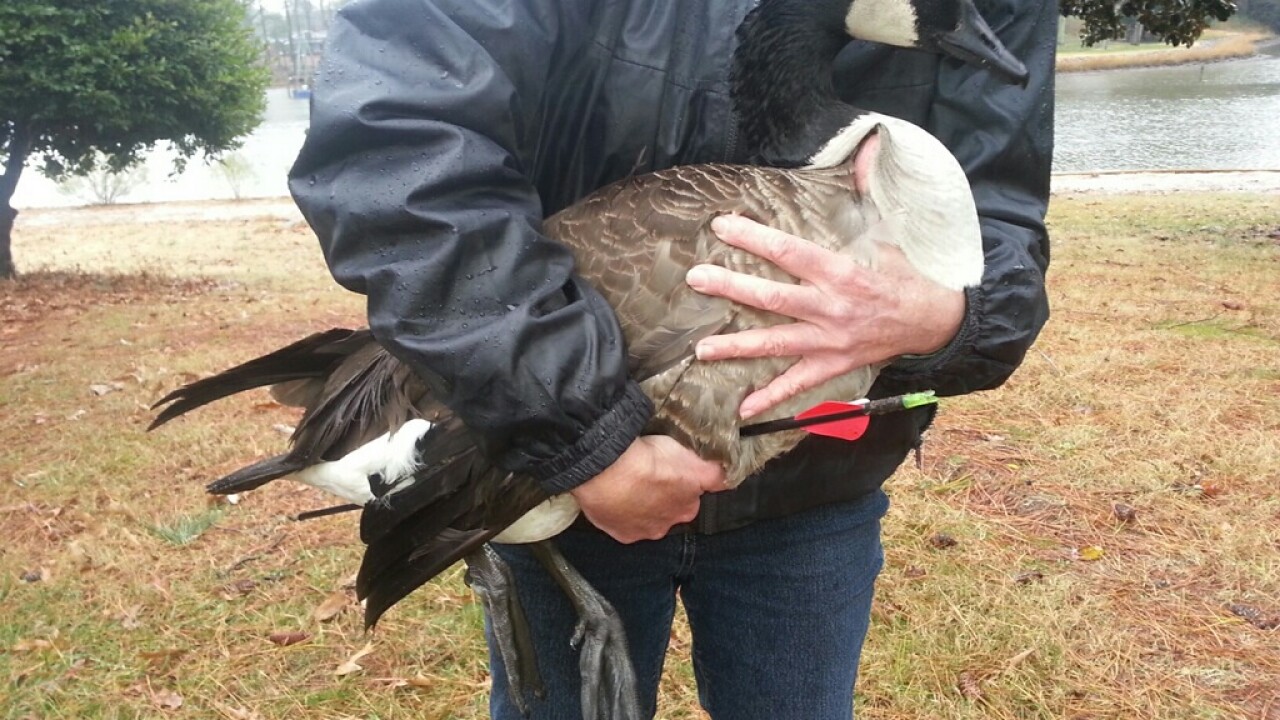 Virginia Beach, Va. (WTKR) - The Virginia Beach SPCA says someone is shooting Canadian Geese in the Little Neck area of the city.

Barbara Gipson is the Special Projects and Wildlife Director for the SPCA.

She says the first incident was in late December when a goose was discovered with a large arrow through the body.

Then in early March, two additional geese were found with injuries after being shot with pellets.

"In total, we’ve probably had six geese and ducks that have been injured in that particular area not hit by cars," Gipson told NewsChannel 3's Todd Corillo.

"The fact that we have several now and they are all in a very small area makes us very concerned," she continued.

The birds are federally protected by the Fish and Wildlife Service under the Migratory Bird Treat Act.

This is not the first time protected birds have been targeted in Virginia Beach.

In 2014, more than a dozen gulls were found shot with blow darts.

No one was ever charged in those cases, but Gipson says the activity largely stopped shortly after NewsChannel 3 shared the story.

"Thanks to the story that you guys ran, the word got out. I’m guessing the people that were doing it decided to think twice about what they were doing and it actually stopped shortly after the broadcast."

If anyone has information about the geese and ducks being shot, Gipson asks that they call the Virginia Beach SPCA at 757-427-0070.