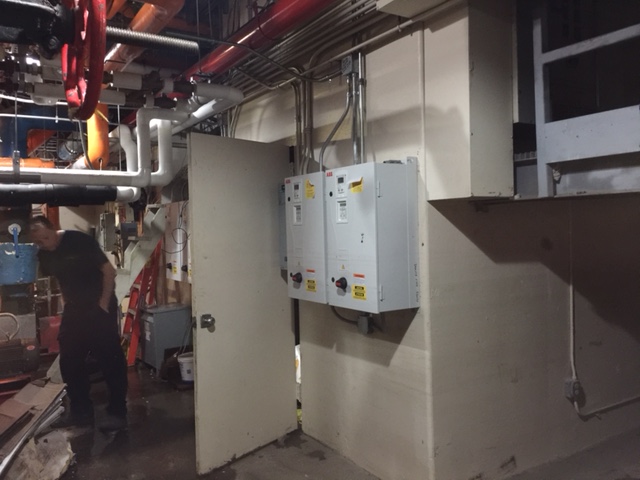 Crews worked all night to pump out the water, and are working now to replace the electronics that control the water pumps into the new courthouse.

The water came just a foot from the power supply to the booking center, according to Sheriff McCabe. If the booking electrical supplies were to be damaged, officials would have to book prisoners into the jail by hand, and use keys to lock cells instead of the jail’s automatic door locks.

It’s still drying out, but all of the flood water has been pumped out, officials say.

McCabe has alerted city officials that the jail needs about $2.5 million for a new master control system, a half-million-dollar update to its fire alarm system, and about a $200,000 kitchen floor replacement in order for the jail to pass state Department of Corrections inspections.