Corolla, NC (WTKR) - A large number of dead fish and a dead dolphin have washed up on the beaches of the Outer Banks over the past few days.

Locals have reported that the stretch of dead fish runs for approximately three miles in the Corolla area.

"Last night it was probably a mile long, and then when we were taking our kids to school this morning it is now about 3 miles long," Jeff Kelly told NewsChannel 3's Todd Corillo Wednesday.

"I don't know what's causing it, but I would like to know why. This is my home. I want to know why this is happening. My kids play on this beach," he continued.

The North Carolina Department of Environment and Natural Resources, Division of Water Resources manages fish kill activity in the state.

Environmental Senior Specialist Jill Paxson with the Division of Water Resources says she hasn't seen the fish kill nor gotten reports of it, but says they are typically caused by one of two factors.

One is netting from commercial fishermen who are permitted to discard certain fish that they are not targeting. These fish are then sometimes brought ashore by the winds.

The other common cause is a water quality event with a drop in dissolved oxygen. This can happen after a heavy rain with a lot of sediment or a localized algae bloom.

She says without being there, she couldn't say for sure what would cause this event, but did say that a dolphin also washing up was "interesting."

She says the dolphin was an adult male that was healthy, aside from a chunk taken from its right side. That could have possibly been a shark bite, but it's still unknown whether that happened before or after the dolphin died. A necropsy will be performed to determine an exact cause of death.

Researchers say at this point, there's no way to tell if the fish kill and the dolphin stranding are related or just a coincidence. 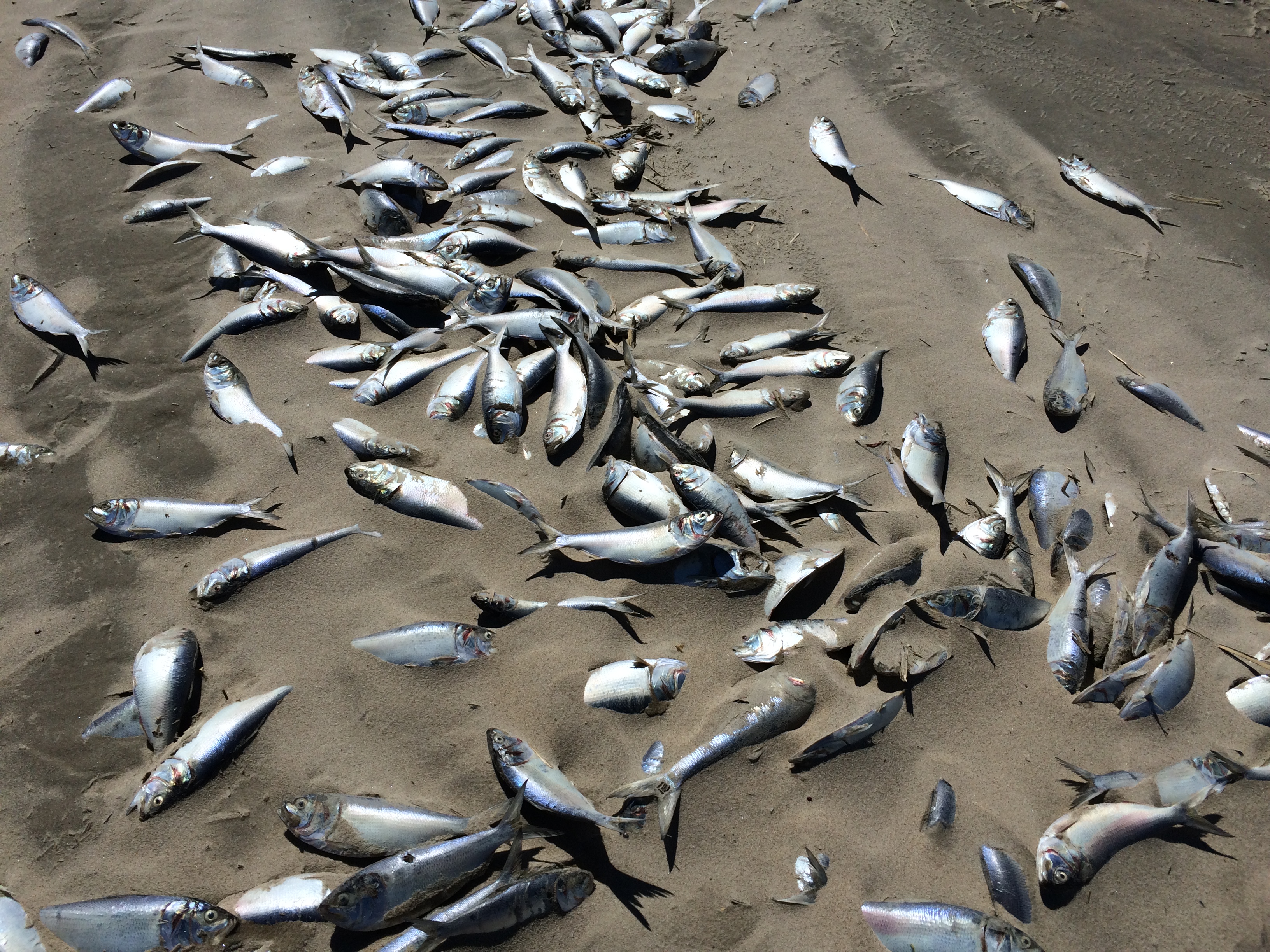