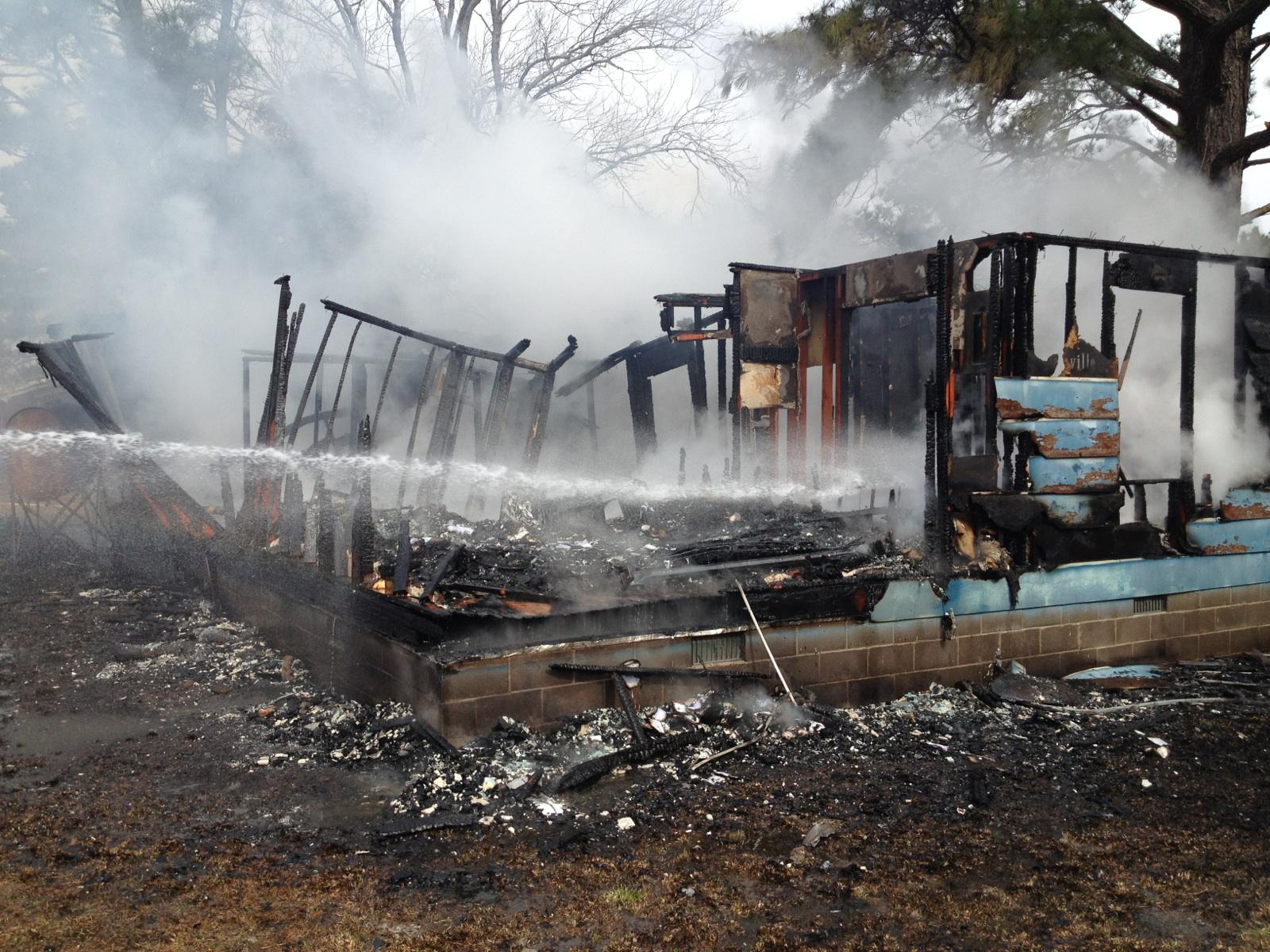 It happened in the 7100 block of Elwood Road. That’s in the rural Holland area of Suffolk.

Police say the one person that lives at the home was able to make it out of the burning home before firefighters arrived.

The home was a total loss, and the resident will be assisted by family members, police say. No firefighters were injured.

Suffolk police provided traffic control and security, and the roadway was briefly closed.

The fire was ruled accidental.