Nags Head, N.C. (WTKR) - Two dwarf sperm whales and a harbour porpoise washed up on the beaches of the Outer Banks over the weekend.

She says volunteers got reports about the Harbour porpoise on the Beach in Nags Head on Saturday.

The harbour porpoise was a young male - not a baby, but not quite a full grown adult.

Kepler says harbour porpoises are not uncommon in the waters off the Outer Banks this time of the year, given that they are a migratory species.

Approximately 10 wash up each year.

The porpoise had been scavenged, likely by seagulls, especially in its head region. Kepler says that is common for birds looking for the nutrient influx and thinks it may be why social media posts are speculating the porpoise had "blown out eardrums."

Right now, the cause of death for the harbour porpoise is unknown.

On Sunday, volunteers also responded to reports of two dwarf sperm whales on the beach in Corolla.

Both whales were adult females and measured approximately 7 feet in length.

A necropsy will be performed on both whales to determine their cause of death.

Kepler says the OBX Marine Mammal Stranding Network is constantly monitoring the health and status of marine mammals on the Outer Banks and coordinates with state and federal agencies like NOAA.

Right now, the levels of stranding are still well within the normal range for this time of the year and a number of factors including currents and winds can push the animals ashore.

If you come upon an animal stranded on the Outer Banks, you're encouraged to call the OBX Marine Mammal Stranding Network at 252-455-9654. 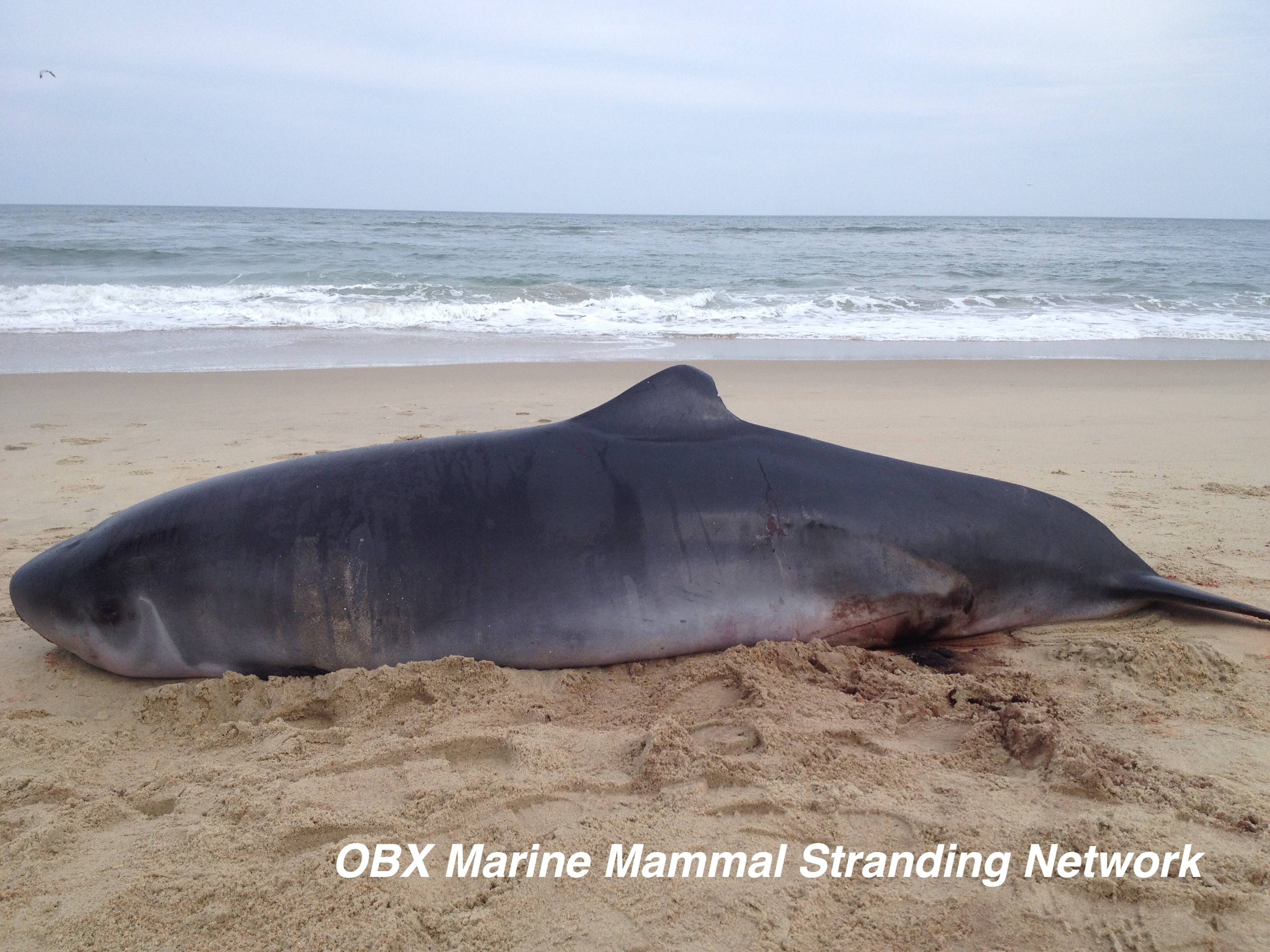