Kitty Hawk, N.C. - A man was shot in the arm by an officer Tuesday morning in Kitty Hawk, according to the Dare County Sheriff's Office.

It happened around 11 a.m. in the parking lot of a Rite Aid store located at 5312 N. Croatan Highway in Kitty Hawk.

The investigation led officers to the Rite-Aid parking lot. It was there that officers attempted to arrest 50-year-old James Bell of Virginia Beach.

During the arrest, Bell was shot in the arm by Officer Paul Lipscomb, an investigator with the Nags Head Police Department.

Bell was transported to Sentara Norfolk General Hospital for treatment of his non-life threatening injury.

The officers involved were not injured. Lipscomb is currently on paid leave from the police department.  The North Carolina State Bureau of Investigations is now handling the case.

Bell was found in possession of a felony trafficking amount of suspected heroin, but he has only been charged at this time with two counts of Felony Assault with a Deadly Weapon against a Government Official at this time.  Additional felony charges will be sought once Bell is returned Dare County. 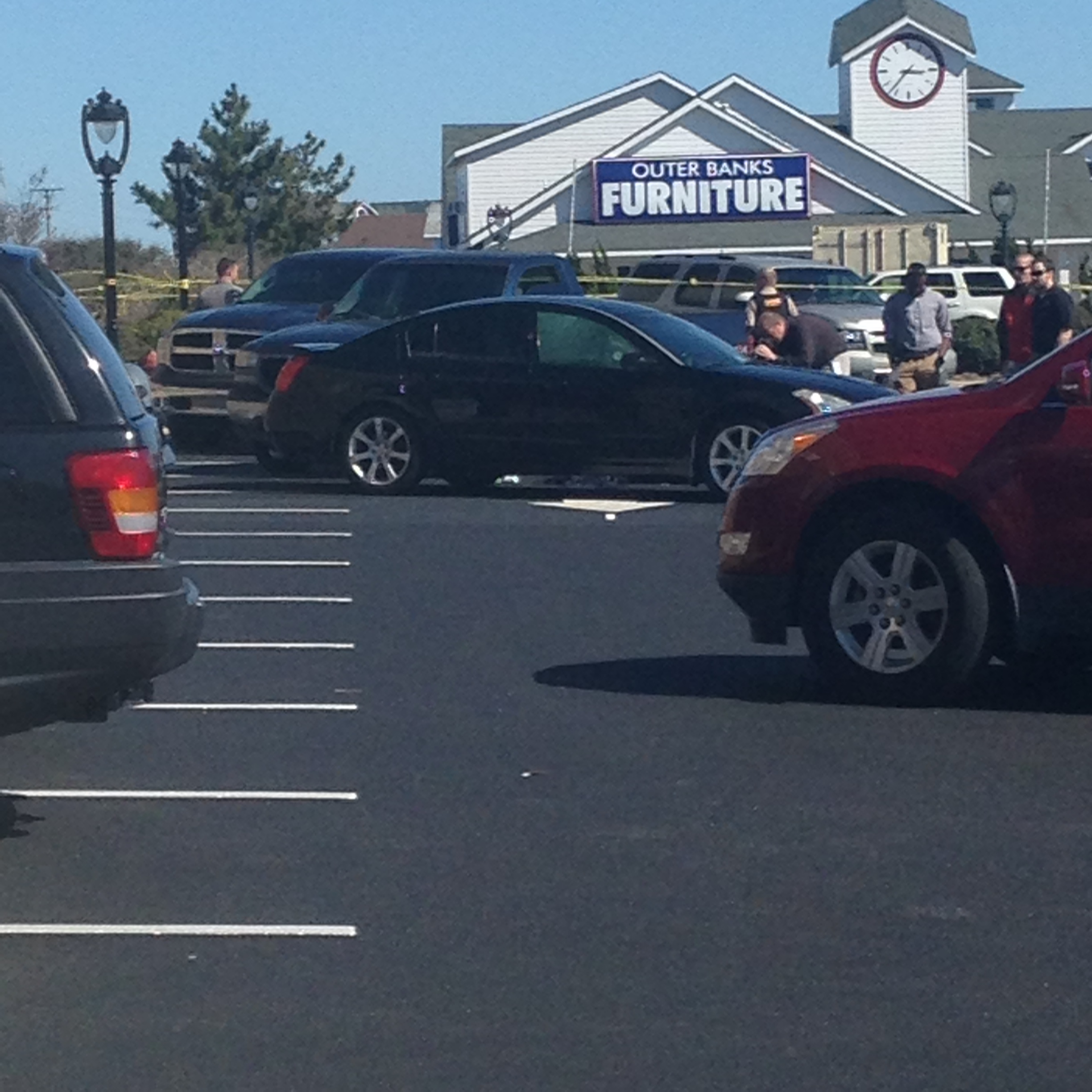