Photographer shows girls that ‘Strong is the new Pretty’ 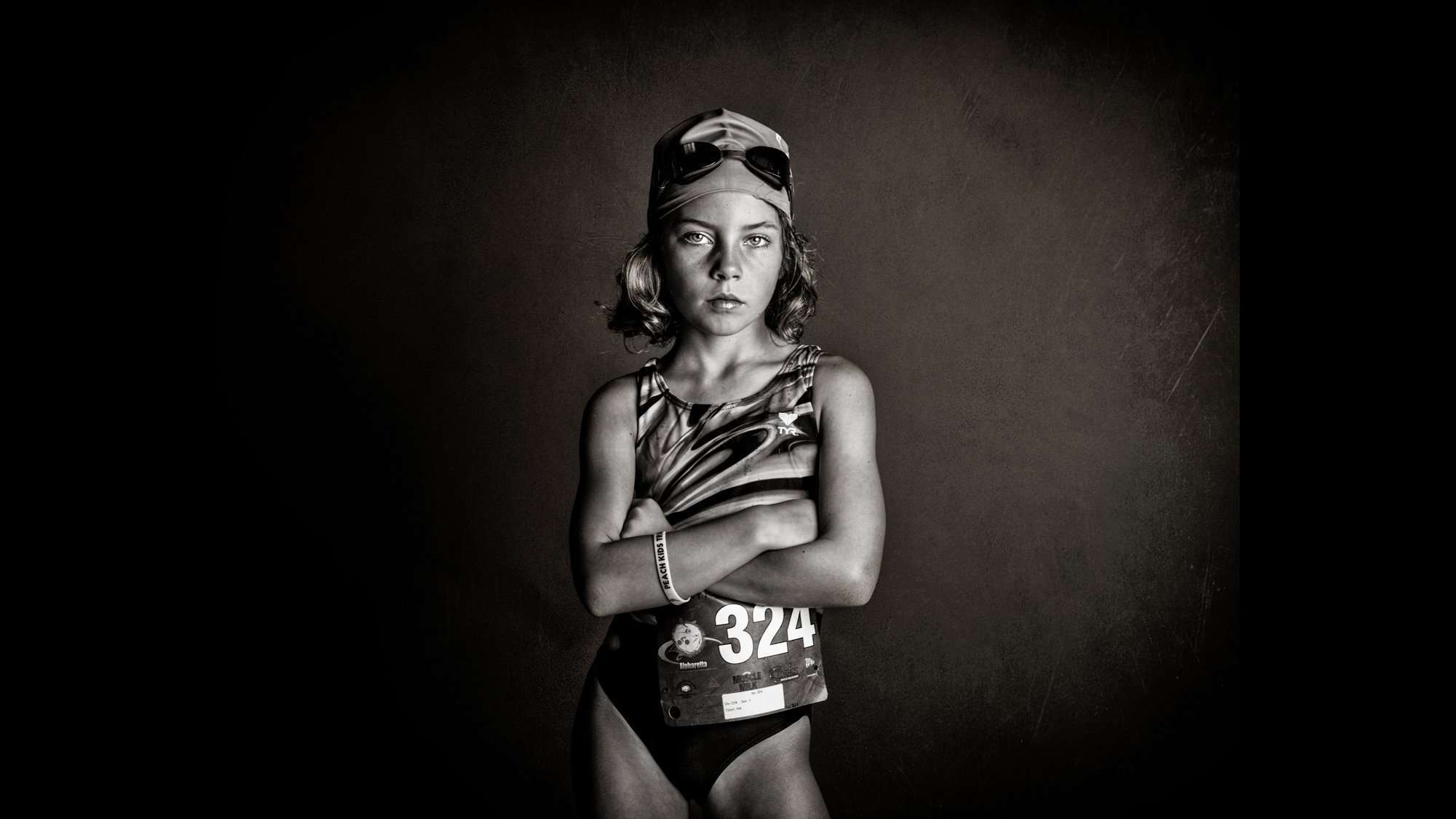 (CNN) — The night before her daughter’s first triathlon, Kate Parker could tell the child was nervous.

Ella and her younger sister, Alice, are athletic, loud, curious, wild-haired kids. They grew up watching their mother compete in races and Ella had asked to sign up for her own. Still, as they laid out everything she’d need the next day, Parker, a photographer, could tell she was afraid.

“Why don’t we get a picture?” Parker asked Ella, now 9. “Show me your strongest face, show me your bravest face, even if you don’t feel that way right now.”

As she pulled the image up on her screen, she got chills from her daughter’s direct stare. She looked, Parker said, like “a little badass.”

“You’re going to be totally fine,” Parker showed her. “Look at how tough you are.”

The next day, Ella participated in her race, and loved it. Looking back, “I wanted her to remember that she was scared and she went through with it, sort of as a memento of her conquering a fear, ” said Parker, who lives near Atlanta. “As a mom, I really wanted to get a good picture of it, too.”

The photo is one of Parker’s favorites from her series, “Strong is the New Pretty.” It covers the last two years, but evolved from Parker’s early days behind a camera, when she shot daily images of her girls to expand her knowledge of lighting and composition.

It seemed that most images of little girls showcased perfectly placed hair bows, forced smiles and Photoshop-smooth skin. Hers didn’t.

So, she shot her girls and their friends as they were — freckled, muddy, screaming, laughing, jumping in the pool, collecting worms in the creek, barreling into the wilderness of early adolescence on skateboards and bicycles.

“I want to capture them before they lose that sense of ‘I’m so awesome.’ I wanted them to keep that as long as they could,” Parker said. “I started to shoot with that in mind, but it was already there.”

The girls pose for an occasional portrait, but most are kid-inspired moments, shaped by childish wonderment and energy. As parents, Parker and her husband encourage their girls to play outside, make new friends and try new things without worrying about grass-stained knees and knots in their hair, Parker said. Now, the girls have the confidence and curiosity to do it on their own.

“They’re just being themselves, and I’m just recording it,” Parker said.

Responses to the images are mostly positive, Parker said, but there’s the occasional complaint that she’s showing just one type of girl. It’s true, Parker said: They’re the ones she’s raising, the only ones whose adventures she can document 24/7. She hopes the project inspires parents to find their own creative ways to capture their children’s lives. More important, she wants kids to see they can be strong in whatever they are and whatever they hope to be.

Parker’s own kids still surprise her.

“Alice is a beautiful singer. When I hear her sing, it makes me cry,” Parker said. “Ella has this amazing, kind heart that cares more about the experience than the win. It’s something that I did not teach her.