Norfolk, Va. - Norfolk Police are continuing the search for missing teenager Anjelica “AJ” Hadsell. On Friday, Norfolk police followed up after receiving a tip that led them to Route 258 and Joyners Bridge Road in Isle of Wight. Norfolk police crews ended the search operations in Isle of Wight around 2 p.m., NewsChannel 3 has learned. Nothing was found that will help investigators, officials say.

The investigation into the circumstances surrounding her disappearance is continuing. Police have not ruled out any possibilities, they say, and are pursuing all leads.

Neighbors near the scene of Friday's search say investigators were looking for a cell phone.

AJ disappeared from her home in the Tarrallton area of Norfolk on March 2 while she was home for Spring Break from Longwood University. Investigators previously said they did not believe foul play was involved in her disappearance.

Since then, her adoptive father, Wesley Hadsell, has been arrested and charged with breaking and entering, obstruction of justice, and weapons charges in relation to an incident that occurred in the days following AJ's disappearance.

Wesley Hadsell has maintained that he has nothing to do with AJ's disappearance. At this time, he remains in the Norfolk City Jail.

Police ask that anyone with information, or anyone who has seen her since March 2, 2015, to call the Norfolk Crime Line at 1-888-LOCK-U-UP. 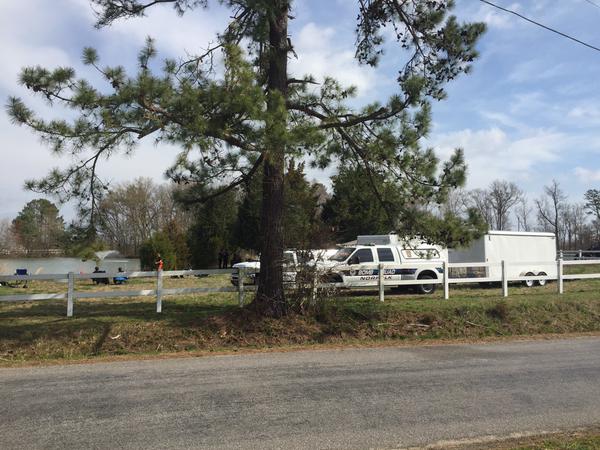