LONDON (CNN) — The Hatton Garden heist, as it will surely come to be known, was every safe deposit box holder’s nightmare, every movie director’s dream.

Thieves using heavy cutting equipment and rappelling gear broke into the vault of an esteemed 60-year-old safe deposit company in the heart of London over the past holiday weekend, possibly taking advantage of as many as four days to rifle through an uncounted number of safe deposit boxes. And they reportedly got away with hundreds of thousands of pounds worth of gems and cash — even, in the educated guess of one former police official, as much as 200 million pounds, or $300 million.

Police were offering few details Wednesday of the robbery at Hatton Garden Safe Deposit Ltd. Detectives on the scene were carrying out a “slow and painstaking” forensic examination, police said in a statement.

“Officers anticipate the process to take approximately two days,” the statement said. “At this stage it is believed that approximately 60-70 safe deposit boxes were opened during the burglary. Officers are working closely with Hatton Garden Safe Deposit Ltd to establish the identities of those affected. Police will be contacting victims directly as and when they are identified.”

Throughout the day Wednesday, customers of the business went in and out of the premises, clearly unhappy about not being able to learn whether their boxes were among those ransacked.

Hatton Garden is a storied area in London and the heart of the city’s diamond trade. The area’s promotional website says it is home to “the largest and most concentrated cluster of jewellery retailers in the UK” and has been for quite some time.

“History tells us that the old City of London had certain streets — or quarters — dedicated to specific types of business,” the website says. “The Hatton Garden area has been the epicentre of London’s jewellery trade since medieval times.

“Today, it maintains its international reputation as the centre of London’s diamond trade. It is one of the finest and most renowned jewellery locations in the world.”

Could 200 million pounds have been stolen?

But Roy Ramm, a former chief of the Flying Squad, an economic crime unit of London’s Metropolitan Police Service, came up with a much higher guess.

“I would not be surprised, given where this one is, in Hatton Garden, if 200 million pounds is around about the amount stolen,” Ramm said on BBC Radio 4.

Because of the long Easter weekend, police did not hear of the robbery until Tuesday morning. This may prove to be an embarrassment, as the Telegraph newspaper reported that the alarm at the business sounded Friday but, as the front and back doors still appeared locked, no action was taken.

The website of Hatton Garden Safe Deposit Ltd. says the company was founded in 1954 and offers a “secure and cost-effective solution to store and protect important and irreplaceable personal belongings.” 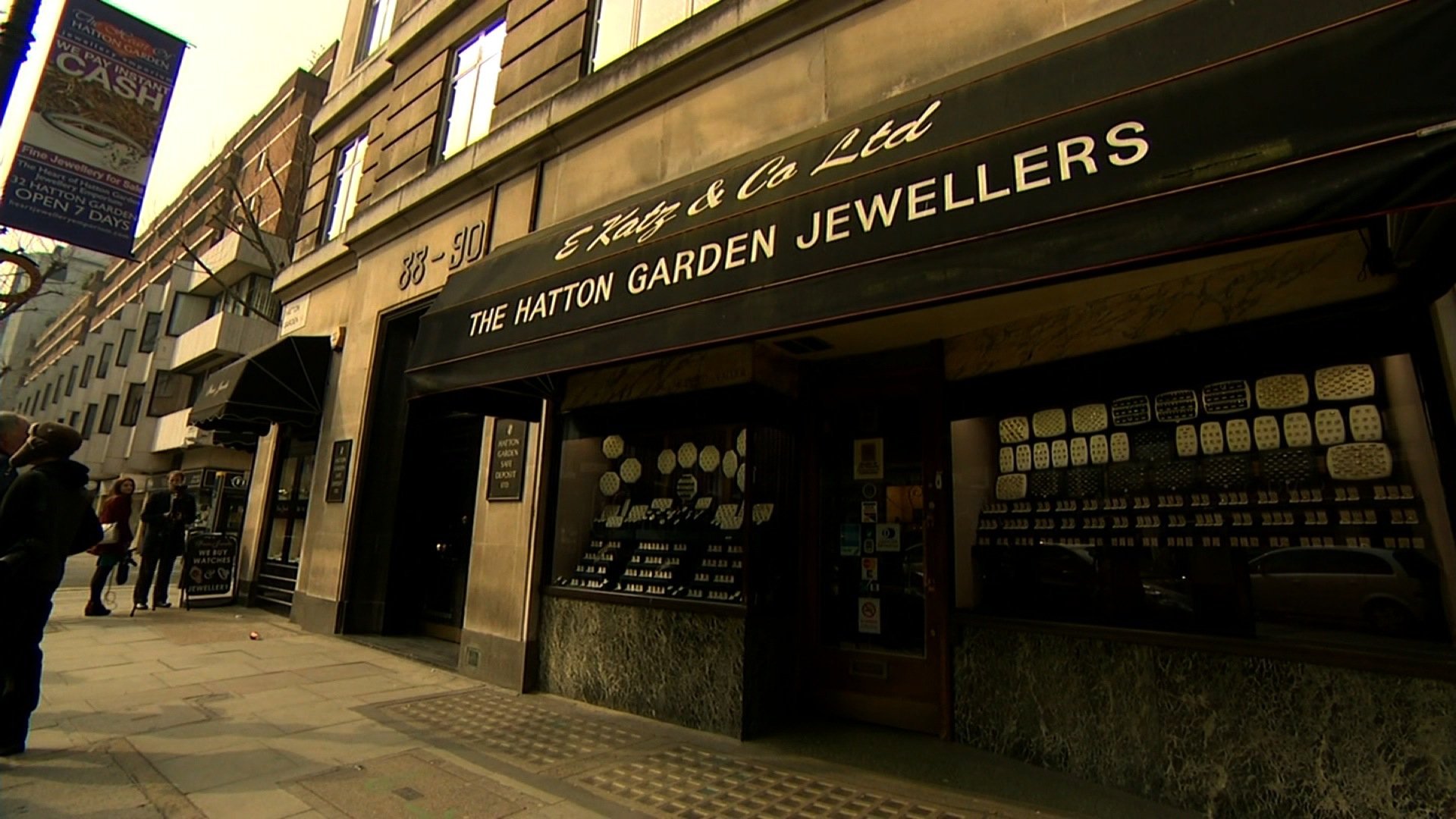