Is this the world’s stinkiest holiday?

To discover the festival Shem En-Naseem, or “smell the breeze” in Arabic, the first stop is a fish market. Every year Egyptians crowd around the counter to buy the holiday’s signature dish, a putrid fish called faseekh.

It’s a mullet from the Mediterranean packed in salt and aged for over a month without refrigeration.

The longer it ages the more salt is needed.

It’s not hard finding someone who is selling the fish this time of year.

The breeze wafts the foul smell across neighborhoods but for some, the scent is sweet.

“I love faseekh. I love my son and I love faseekh,” says Maher Shehata, the owner of Al Fouad fish market in Cairo.

Shehata, 58, has worked in the shop his entire life.

His family began selling faseekh over 70 years ago.

A picture of his father, Fouad, watches out over their business.

Shehata’s 27-year-old son, Peter, keeps a close eye on his father too. Someday, he’ll take over the shop.

“The quality and low price. This is the lesson I take away from here,” says Peter.

Shehata tells me one of the things he loves most about the job is interacting with the people.

“Faseek is the people’s food. It’s not just for the average person but everyone,” he tells me. “And now the high class people eat it because it is given very clean and sliced into fillet.”

Proper handling and keeping the fish clean is extremely important. Every year people go to the hospital after eating bad fish, and sometimes they go to the morgue.

Egypt’s health ministry warns people against eating the fish, but the message falls on deaf ears as millions devour the stinky delicacy.

“I love the taste, even though I’m sick with high blood pressure, I eat it,” says Hoda, one of the costumers.

“I tell people one thing. If you don’t want to get sick then you have to buy faseekh from someone you trust. A clean place,” says Shehata.

The ancient festival dates back to the age of the pharaohs. The receding Nile flood stranded fish, leaving them to rot. Ancient Egyptians waited until they were good and ripe before eating.

It’s a truly Egyptian holiday embraced by both Christians and Muslims.

At a house in Cairo neighborhood of Moqattam, we meet the Ahmed family.

Roughly a dozen family members cram into the apartment to celebrate the holiday akin to Thanksgiving.

“We all love Shem En Naseem because all of the family eats together,” says 13-year-old Mariam Ahmed.

As lunch approaches, preparation begins. Zenab, 61, guts the faseekh and places it on a plate.

For those with a more sensitive pallet, she also serves reenga, an aged, smoked fish.

“The only way to eat faseekh is with onion and lots of lemon,” says 63-year-old Adel Wahba.

As the family devours the meal there is a noticeable age divide.

“The old generation use to eat faseekh every year,” says Wahba. “But now, not all the young people doesn’t like too much.”

For those interested in tasting the fish, here’s some advice.

“If you are going to eat faseekh just try a little bit because maybe your stomach cannot afford it,” says Wahba.

If you’re still wondering how it tastes, watch the video to get an idea. 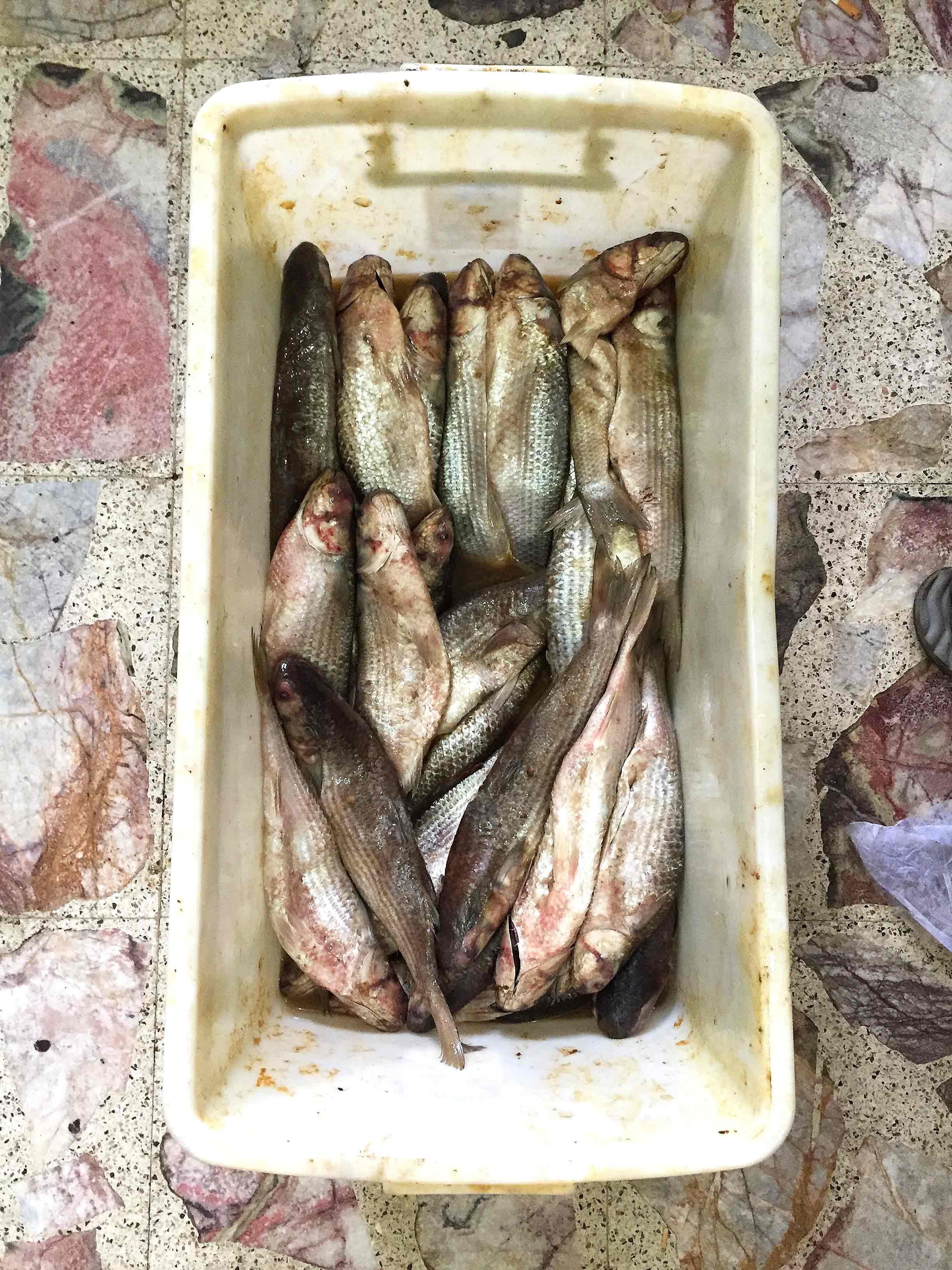