Starbucks, D’Egg to reopen in Selden Arcade after partial collapse

Update: Starbucks and D'Egg will be open for business on Friday after a partial collapse inside of the Selden Arcade in Downtown Norfolk.

Power has been restored to the building.

The cause of the collapse is still under investigation.

Norfolk, Va. - The Selden Arcade building in downtown Norfolk will remain closed for the foreseeable future after it partially collapsed Friday night. The cultural arts building with office spaces was heavily damaged.

The city says they have been working around the clock to establish temporary and permanent solutions to address operational needs for the tenants in the building -- which include Starbucks, D'Egg Diner and D'Art Center.

Monday, artists who have studios inside D'Art Center were allowed to go inside to remove their art work.  Some say their work was untouched; others lost everything.

It has not yet been determined when the building will reopen to the public.

Firefighters were called to the scene shortly after 8 p.m. Friday and found windows blown out on the interior of the building and heavy structural damage to the interior walls, sections of which had collapsed. A second alarm was called and Norfolk Fire-Rescue’s Technical Rescue personnel responded to the scene.

Crews carefully searched the first and second floors to make sure no one was trapped in the office spaces before sounding the all clear. No fire was found inside the building. The Norfolk Fire Marshal Office is investigating the incident.

The force of the explosion destroyed water and electrical service to the Selden. Virginia Natural Gas and Virginia Dominion Power turned off their respective utilities to the building.

Portions of the building are now structurally unsafe.

The Selden Arcade is also home to the City of Norfolk's Bureau of Cultural Affairs and the Bureau of Special Events. Firefighters performed salvage operations to protect the art work inside the building.

D'Art Center says they could really use support from the community going forward.  Click here to go to their website.  You will see information about making donations at the bottom of the home page. 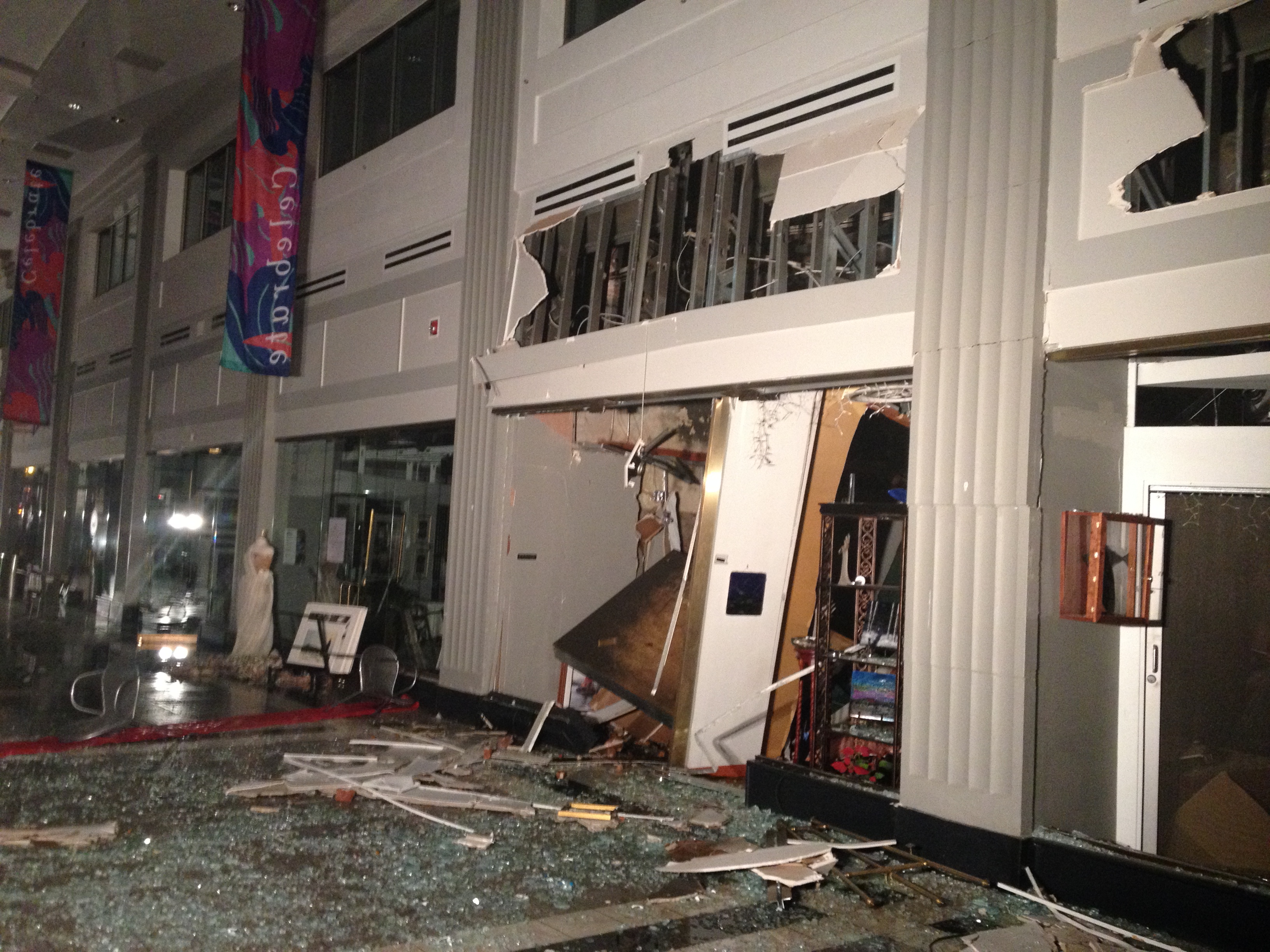