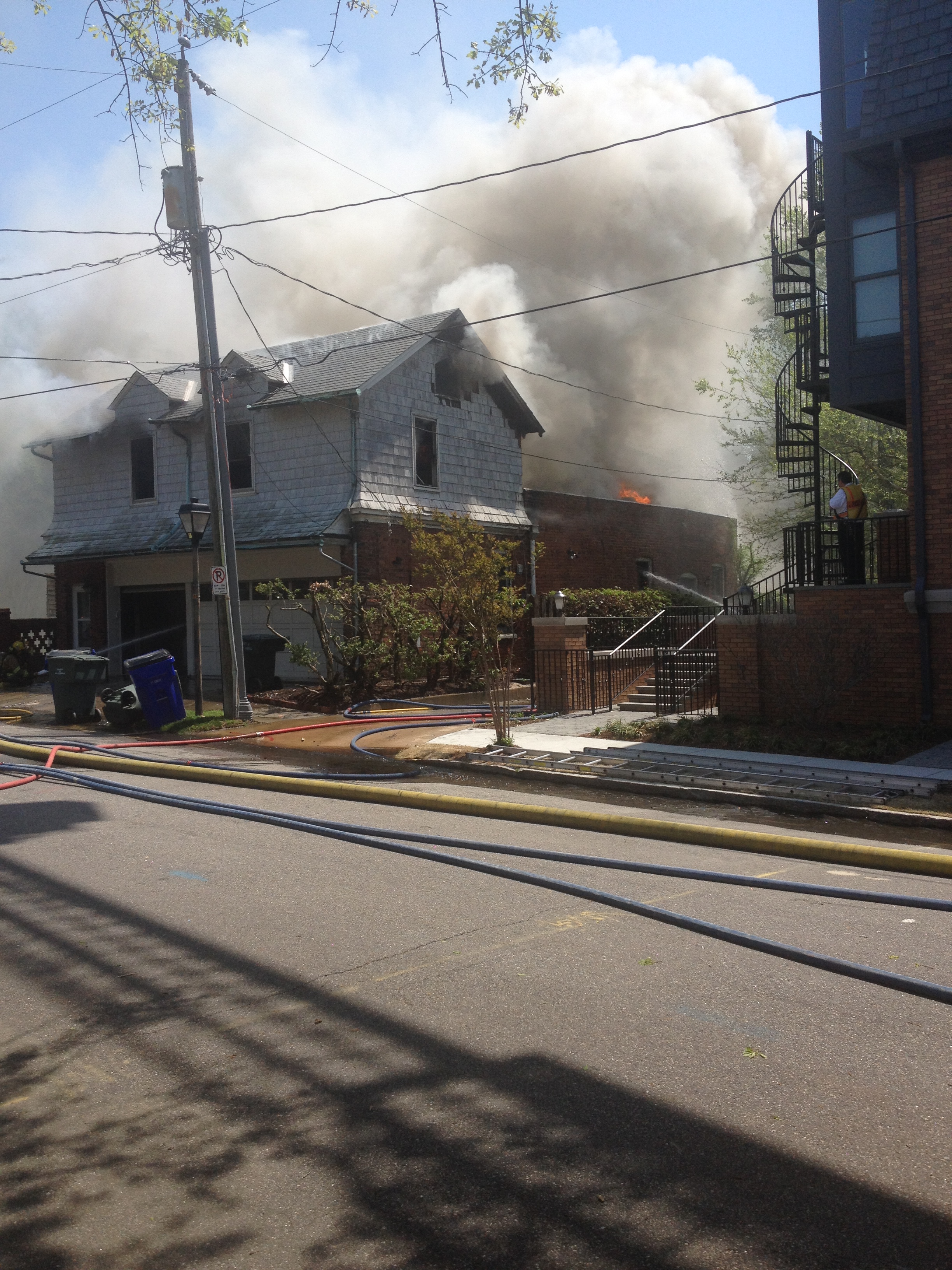 Norfolk, Va. – Crews are currently on scene at a house fire in the 500 block of Mill Street in Norfolk.

Units were dispatched to the scene at 12:11 p.m. Upon arrival, heavy smoke was showing from the two-story residence and fire was coming from the garage.

Firefighters  deployed hose lines inside the building and a second alarm was called.

The fire ripped through the structure and required crews inside to back out. All firefighters were evacuated from the inside and continued to battle the fire from the outside.

Norfolk fire officials say no injuries have been reported.

Smoky conditions were seen throughout the Hague area as a result of the fire.