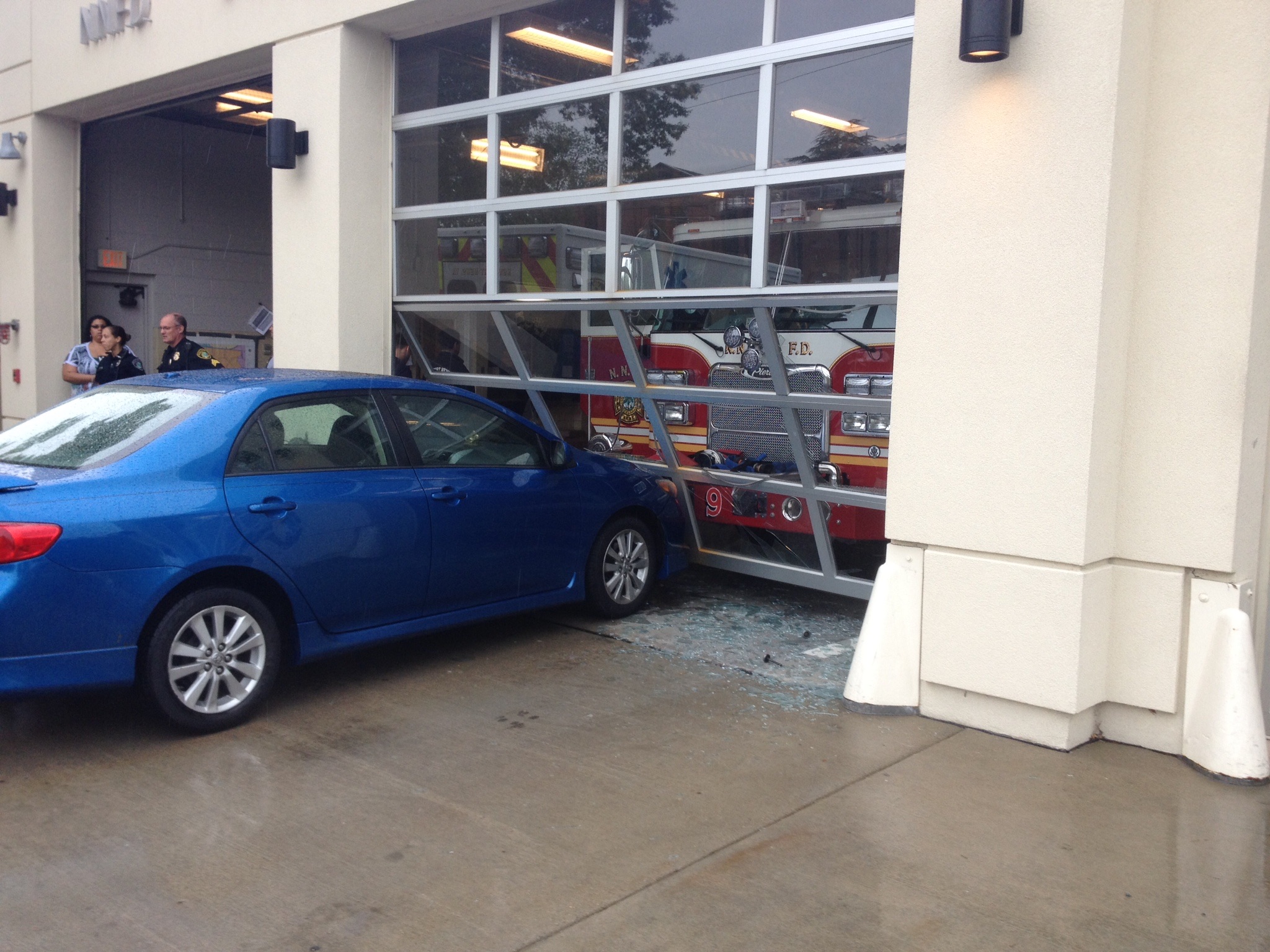 Newport News, Va. – A Newport News man was transported to an area hospital for psychological evaluation after he deliberately crashed his car into a city fire station.

The 63-year-old deliberately crashed his Toyota Corolla into the glass bay door of Fire Station #9 at 14417 Old Courthouse Way just before 1:30 p.m.

No one was injured in the crash.

The glass bay door sustained extensive damage and the Fire Engine appears to have minor damage.

The engine will be temporarily out of service until the extent of damage can be determined.