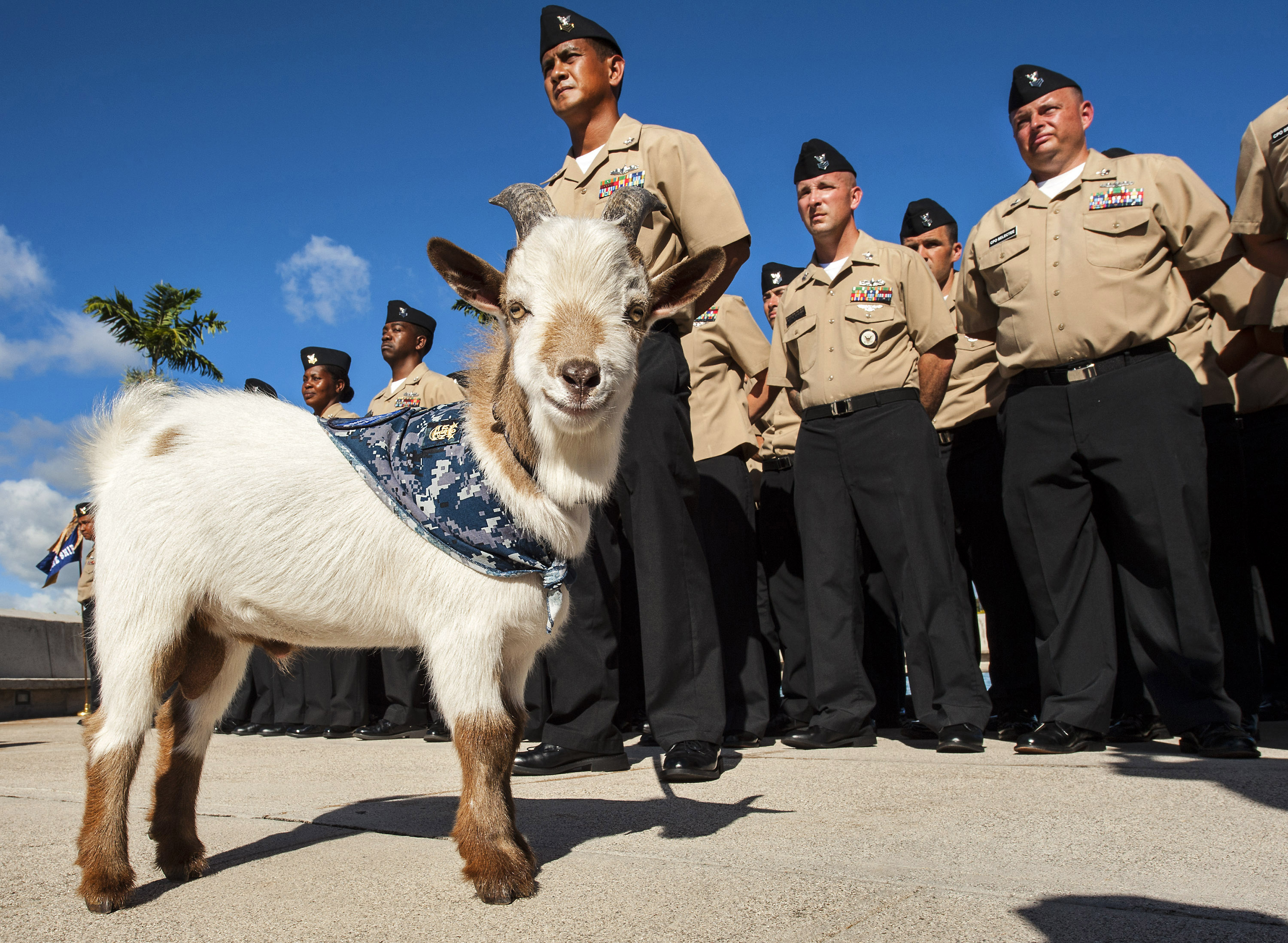 San Diego, Ca. – Capt. John Banigan was relieved of command of the San Diego-based USS Lake Erie this week due to a loss of confidence in his ability to command. It appears that an adopted pygmy goat named Master Chief Charlie played a role in that decision.

Master Chief Charlie was an unofficial mascot for the ship when it was based in Hawaii, occasionally appearing at events, according to the Navy Times.

Charlie  was first adopted in 2012 when the Lake Erie’s then-Command Master Chief told the ship’s chief selects they should get a goat as a mascot.

So, sure enough, the CPO selects acquired a newborn pygmy goat, which sported a white coat with black and brown spots. They issued him a tiny blue-and-gray Navy working uniform goat vest with a Lake Erie command crest patch midway down the back.

Capt. Banigan apparently approved bringing Master Chief Charlie along when the ship changed homeports to San Diego in September of 2014.

Fast forward to September 2014. The ship is departing Hawaii on a homeport shift to San Diego. The chief’s mess didn’t want to depart Hawaii without its mascot.

So they decided to make the week-long transit across the Pacific Ocean to San Diego with Master Chief Charlie tied up on the aft missile deck.

“It’s a pretty long transit and every time we’d walk by I’d be thinking, ‘Man, this goat is going to die,’ ” the source said.

But Master Chief Charlie, like a true old salt, braved the wind and waves and made it to his new sunny SoCal home.

When officials began reviewing Lake Erie’s command climate survey, it appears they were not amused to discover Charlie’s big Pacific voyage, which may have violated some Navy regs.

Violating “California’s domestic pet entry laws” is one of the points of the investigation that led to Banigan’s relief, two sources told the Navy Times.