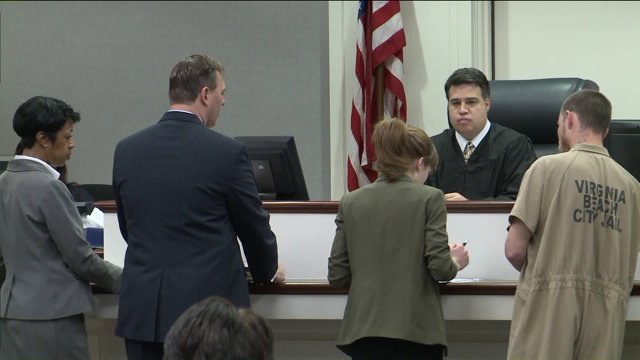 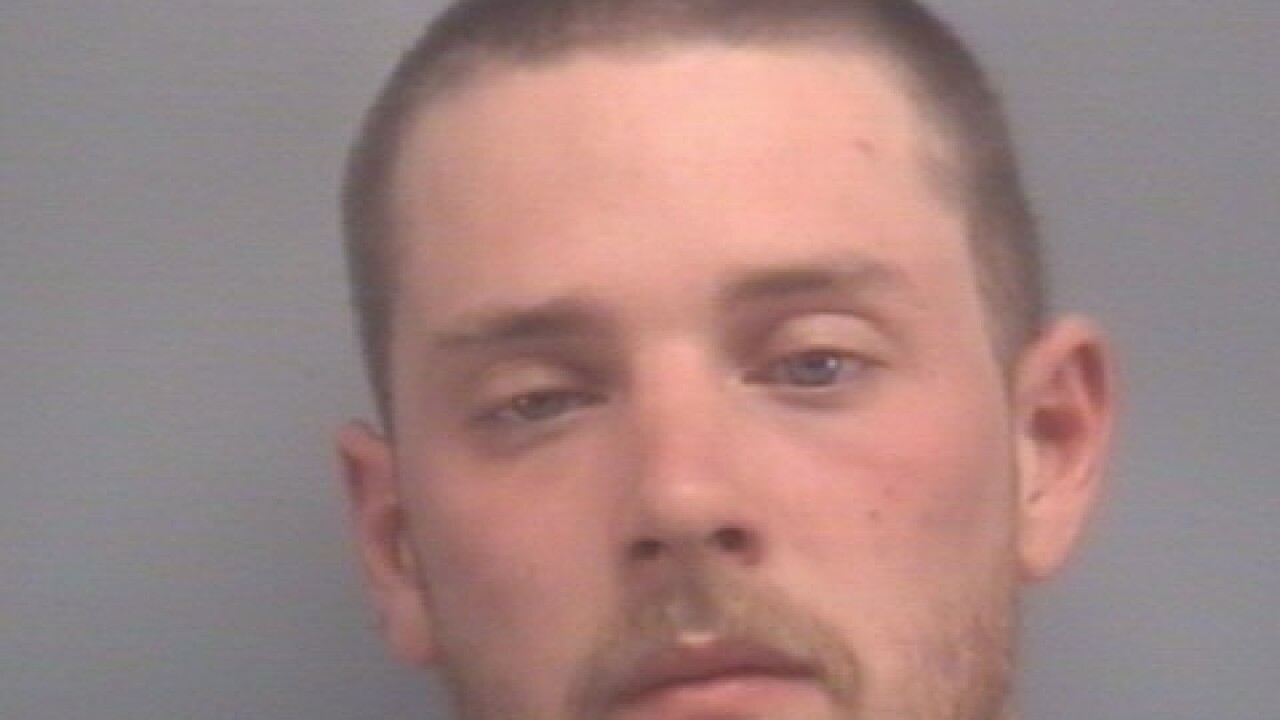 Virginia Beach, Va. - A Virginia Beach man accused of strangling his wife, shooting his best friend and then getting into a shootout with police was denied bond Wednesday.

At approximately 11:39 p.m. Friday night, police received an emergency call of gunshots in the 1900 block of King Henry Court in Virginia Beach.

Upon arriving police initially found two victims, a man and a woman. The man was suffering from gunshot wounds and the woman had minor injuries from an alleged altercation with her husband, 23-year-old Christopher Cody Smith. At Smith's hearing, a sergeant assigned to the case testified Smith was drunk when he started strangling his wife. The sergeant described it as a mixed martial arts move. He told the judge Smith's friend tried to intervene, but that's when Smith grabbed a gun and shot his friend twice, in the stomach and in the back.

Police say as officers tried to help the two victims, they were fired on by Smith, who had retreated inside an apartment.

Police say Smith came out of the building twice and exchanged gunfire with police.

"Numerous shots were fired at the officers during about the next 20 minutes," Virginia Beach Police Chief Jim Cervera.

Police say the officers were within inches of being killed.

Smith jumped out of a window and ran into the woods, where he then ran into two officers. That's when, police say Smith complied with commands to stop and drop his weapons. Smith dropped two weapons, but was found with a third weapon in his pants.

"As he was beginning to put the handcuffs on the individual, the individual reached for something in the small of his back. There was a third weapon there," Chief Cervera said.

Chief Cervera says this was the moment his officers could have used deadly force, but they didn't.

"This is where, in my estimation, and I really want this to go out to the entire public, that is where those officers showed extreme constraint and extreme control," he says. "Discipline and command and control of the scene. In essence, they saved the man's life."

During the shooting, Smith suffered one gunshot wound to his leg. He was transported to a local hospital, treated and released and moved to the Virginia Beach Correctional Facility.

No Virginia Beach police officers were injured during the incident.

Smith was charged with Strangulation, Aggravated Assault and Use of a Firearm in commission of a Felony and further charges are pending. He is being held with no bond and will remain in custody at the Virginia Beach Correctional Facility. A judge denied bond Wednesday. At the bond hearing, we learned from Smith's family he has a problem with alcohol. Prosecutors say Smith also has a criminal past involving assaults of family member and alcohol.

NewsChannel 3 found court documents which show Smith was charged with attacking his dad when he was drunk back in 2010, but the Commonwealth decided not to prosecute. Just one year earlier though, court documents show Smith was found guilty of assaulting his sister in 2009. At that time, he was on probation for two other assault and battery charges from when he was a juvenile.

On Monday, Smith was in shackles, facing the judge for the first time for his arraignment. Smith’s wife and father sat there for support.

"It’s really hard, he’s a good boy, he really is, this isn’t like him. It’s totally out of character and that's all I got to say," his father Paige said.

Paige says even though he doesn’t know all of the details, his son was charged with strangling his wife – and then shooting his best friend.

When Paige spoke to his son in jail to try to find out what happened, he says Cody told him he didn’t remember because he was drunk.

"He was crying and he was upset and he don’t remember anything, and they told him I guess what happened, and he just can’t believe that he shot his best friend."

Police say his friend who was shot is still in the ICU.

Police also say Smith could face more charges including Attempted Capital Murder for the shootout with police. He has a preliminary hearing scheduled for June 12th.

Police are also  investigating to see where the bullet that hit Cody Smith came from -- if it was from an officer or self-inflicted. Until that investigation is complete five officers are on administrative duties per protocol.