Newport News, Va. - The aircraft carrier USS Enterprise moved back to her original birthplace at Newport News Shipbuilding on Saturday.

The move from Pier 2 to Dry Dock 11 took two-and-half hours.

Work to defuel her eight nuclear reactors will continue in the dry dock as the ship is inactivated.

Six tugboats guided the ship about one mile to its new location, with more than 200 shipbuilders assisting.

Work will continue in the dry dock until the fall of 2016.

“Our shipbuilders and Navy partners continue to work closely as we accomplish this truly unique contract,” said Chris Miner, Newport News’ vice president of in-service aircraft carrier programs. “Our shipbuilders’ slogan for the inactivation of the USS Enterprise is ‘Honor a Legend.’ The pride the shipbuilder and Navy team have in being part of this legendary ship’s history is demonstrated every day as they safely complete each step of this challenging work.”

The first super carrier powered by nuclear reactors, USS Enterprise is also the first to undergo an inactivation, which includes defueling the ship’s eight reactors and preparing the hull for its final dismantlement.

USS Enterprise was built at Newport News and joined the Navy’s fleet in 1961. The ship aided in the Cuban Missile Crisis and operations Enduring Freedom and New Dawn, as well as naval maritime security operations. 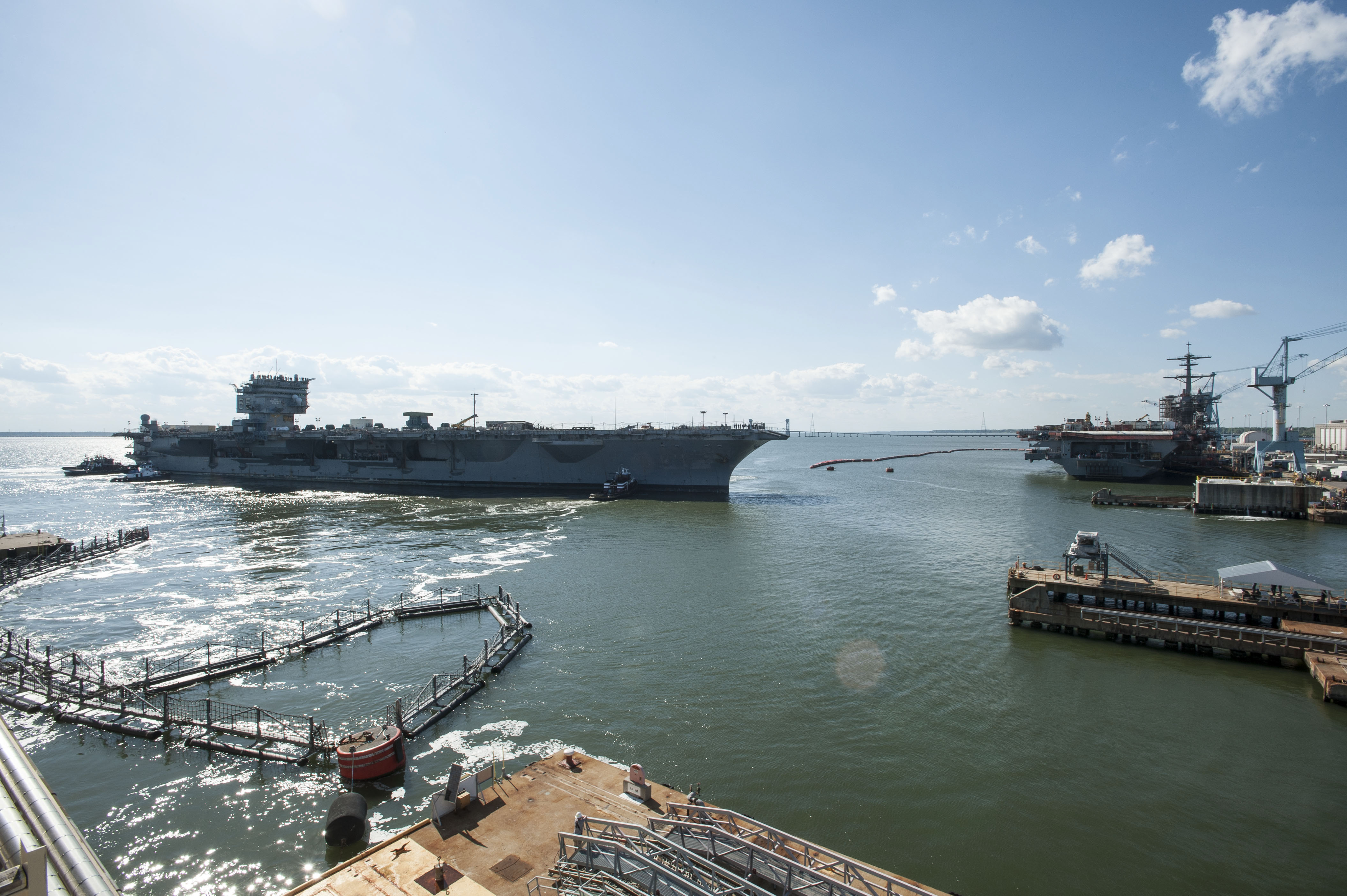