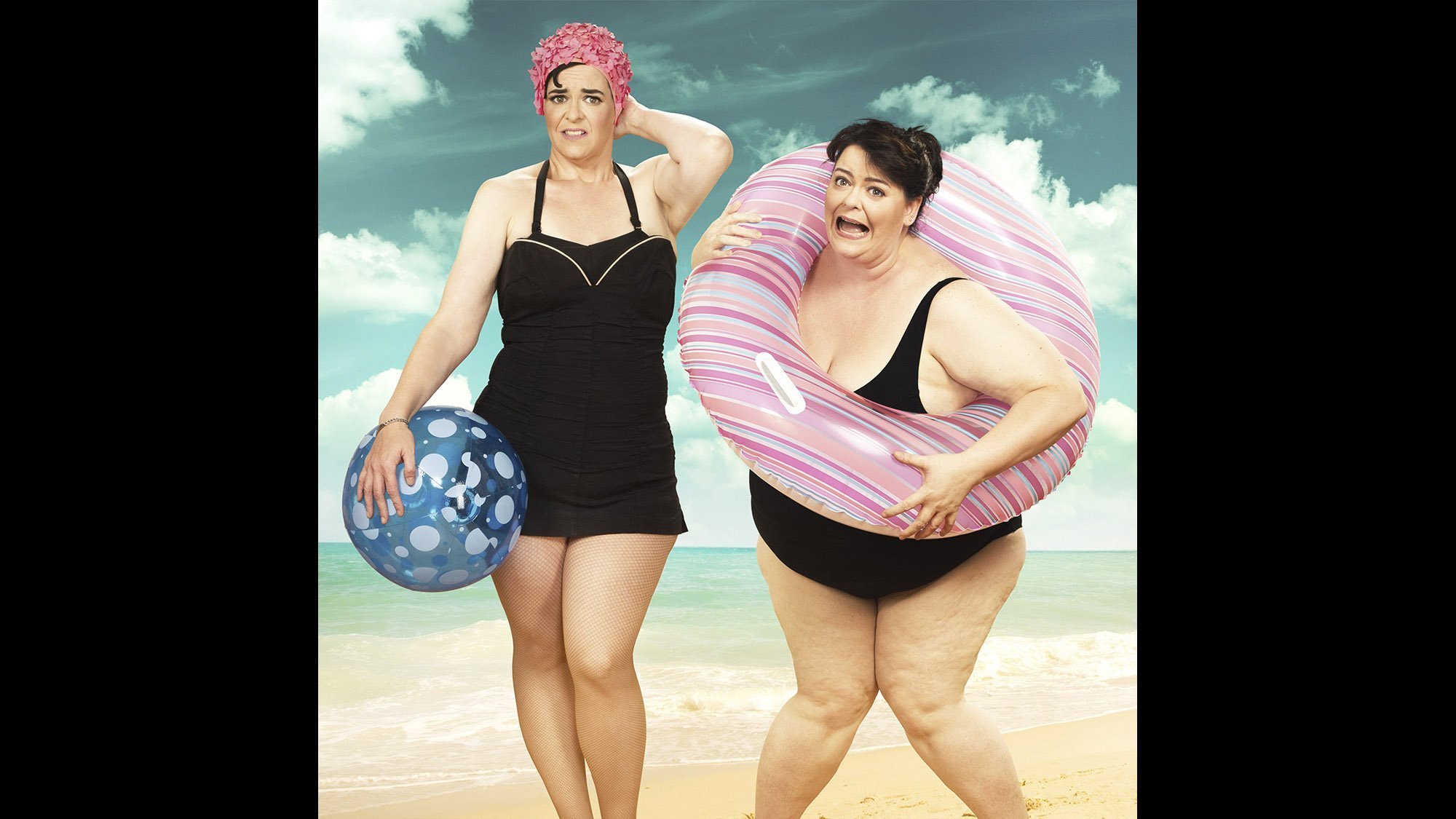 (CNN) — Ever have the impulse to give your former self an encouraging word, a hug or even a stiff punch?

Toronto-based webstore employee and photographer Elizabeth Beard has been lucky enough to get the chance.

Fellow photographer Blake Morrow captured his friend Beth before and after her 150-lb. weight loss, then spliced the images together for a series of photos featuring Beard facing off with herself.

In the collection of 12 shots playfully depicting her transformation, Beard lets her inner diva fly as a beach babe, a boxer, and a singer, among other identities.

“Having done theater I don’t think I was ever afraid of looking silly or strange in the photos,” Beard said in an email. “For some of them, that’s exactly what the character we were trying to create needed to be.”

The idea was born after Beard, now 43, asked Morrow to take photos of her physical transition before and after having gastric bypass surgery. Morrow, who is also a freelance art director, ran wild with the idea and The Beth Project was born.

“It was really her trusting me to help define this whole journey for her,” Morrow said. “So because my background is in photography as well as graphic design and art direction this was right up my alley.”

‘It blew my mind’

The pair, who have known one another for 10 years, are both big fans of comic books, TV and movies. So naturally they took inspiration from some of their favorite entertainment, including a prison scene right out of “Orange Is the New Black.”

“We had talked about different ideas and ultimately I suggested let’s do pop culture references since Beth and I are both big sci-fi geeks and lovers of movies,” Morrow said.

Beard was “astounded” when she saw what Morrow had created.

“To finally see the finished result, well, it blew my mind,” she said. “He has created such complete scenes. He went above and beyond the concept with these.”

At her heaviest, Beard weighed 330 lbs. She was about 174 lbs. when they took the after photos.

She lost the weight after having surgery, drastically changing her diet and finding ways to incorporate exercise into her everyday life.

“Once the weight started to come off I started cycle commuting, my route is about 14 (kilometers) a day,” she said. “I also took up roller skating about a year and a half ago which has led me to join a local Roller Derby league.”

Morrow photographed Beard a couple of weeks before she embarked on her weight-loss journey and then two years later — right around the anniversary of her surgery.

They brought in hair and makeup artists to create scenes worthy of the big screen, but Morrow didn’t digitally alter Beard’s body in the before or after shots so they could give a realistic depiction of her transformation.

“This isn’t about looking beautiful,” Morrow said. “It’s about living and avoiding health issues, and all these other things that being in a fit body can do for us.”

Beard and Morrow said the response has been mostly positive, though Morrow pointed out he’d seen some comments online that the photos are “fat shaming” Beard.

“I’m surprised that some would think they encourage ‘fat shaming’ especially when looking at the Diva Beth image or the swimsuit ones,” Beard said. “I think I rocked that black cocktail dress in my before half as much as I did the blue dress in the after and I consider the swimsuit ones to both be beach bodies because I was never afraid to show up at a beach in either body.”

The alternate Beths are simply two sides of the same coin, she said.

“I’m still the same person as I was before, just more active and much more healthy.”

The images have been met with an enthusiastic reception online and are showing at Toronto’s Scotiabank Contact Photography Festival.

All the attention has been “intense,” said Beard — but welcome.

“I hope that it’s an encouragement to other people who are thinking about making changes in their lives,” she said.