Waterspout touches down near Manteo

Manteo, NC - The National Oceanic and Atmospheric Administration has reported a waterspout that touched down in Manteo on Monday causing damage in the area.

Several trees are down and right now the sheriff's deputy is investigating. They say calls about a possible tornado came in at 5:39 p.m.

This happened near the Alligator River, west of Manteo.

The National Weather Service warned of the waterspout when it was over Mainland Dare County.

Ashley Dashiell's roof was ripped off of her home on Vista Lake Drive. She was at home with her 8-month-old son when it occurred.

"The house was shaking so bad I felt like I couldn't get to him, and it just seemed like it took forever. I just did what I could, protected his head, put him underneath me and got in the closet and that was pretty much all I could do," says Dashiell.

We spoke with other residents in the area who say they feared for their lives when they saw the waterspout and heavy winds come through.

"I just hung on and said 'Oh my God!' and it was terrifying. It was, oh thank you. That's all I can say. It was traumatic, but everyone got out okay and we just helped everybody, " says Craig Price.  He was outside doing work in his yard when it happened.

Neighbors say it lasted about a minute.

There were no reports of injuries. 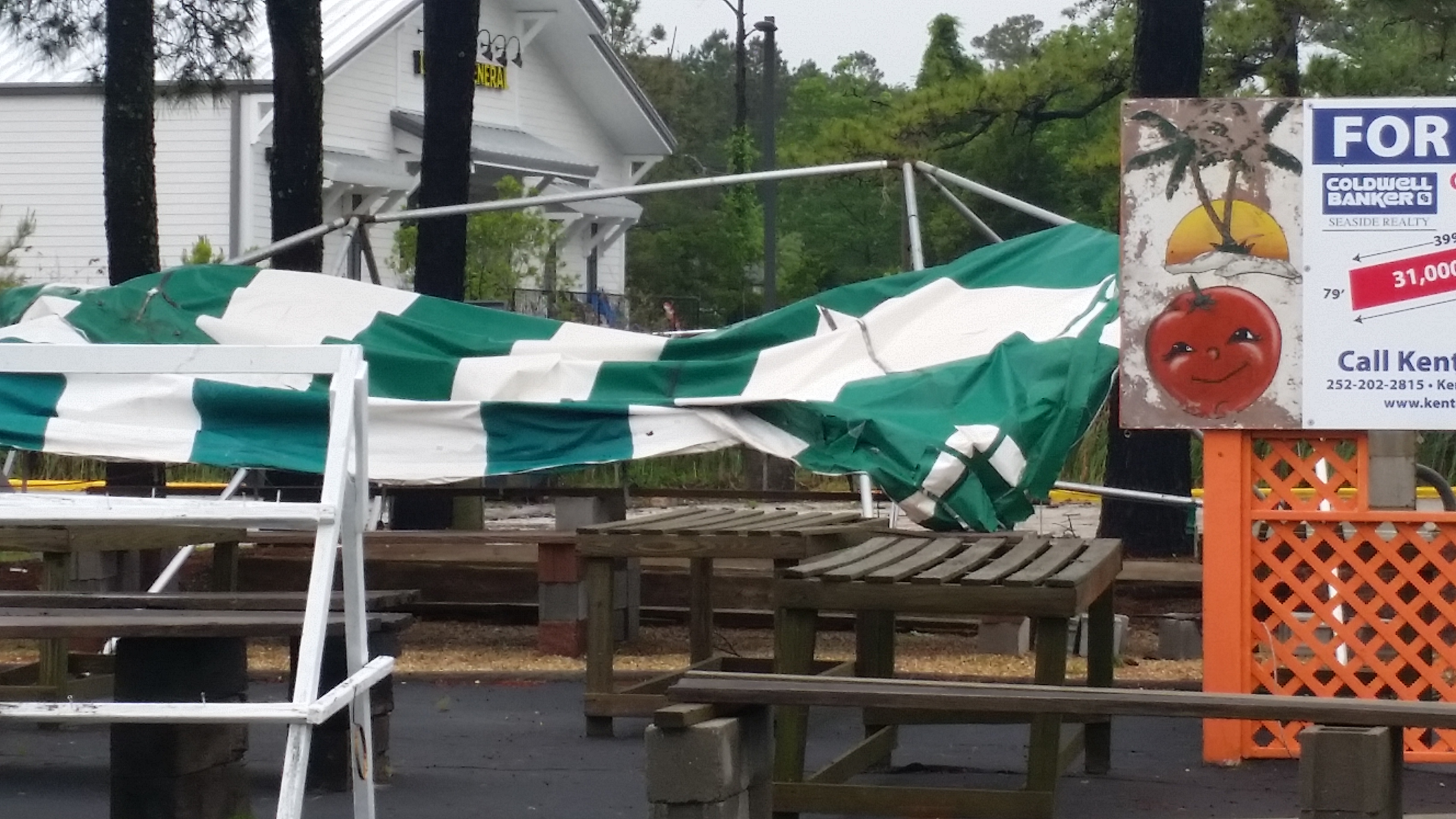