'This is not over. It's just begun;' After jury report, Donovon Lynch's family reiterates call for federal investigation
Taking ActionTaking Action Against Crime

26 robbery cases could be connected in Norfolk, Portsmouth and Chesapeake

Norfolk, Va. - Police in three Hampton Roads cities need your help to take action against crime.  They're trying to find  the people responsible for a string of robberies.

Since April 10th, there have been 26 commercial robberies: 12 in Portsmouth, 10 in Norfolk and four in Chesapeake.

Police say they could be connected, and they need to make an arrest soon before someone gets hurt.

Portsmouth police say there are at least four suspects committing the robberies in their city.

Two people are already charged for a robbery at a 7-11 on April 27.  Detectives say those suspects could be connected to some of the other robberies, specifically at other 7-11 stores.

That leaves two suspects they are still looking for, and police say they have very different personalities.

"One guy's very polite.  He won't point the gun, [says] 'I'm sorry,' or 'I didn't want to do this,' and then the other guy is putting the guns to their heads and threatening to hurt them, said Det. Overstreet.

It is a similar story in Norfolk, though police aren't positive yet if it's two different people in their city.

"We have a guy that seems almost compassionate to the people working at the businesses.  He makes it very clear he’s only there for the business's money and not for them and almost feels sorry for them... another circumstance where he's a little more aggressive, not causing violence, but he’s just more forceful in his actions," said Det. Mark Lowery with Norfolk police.

Police in all three cities say they are comparing notes daily, which is why they believe they can link some of the robberies from one city to another.

"When you're looking at height, weight, the firearm that's being used, the type of business that's being robbed, the gloves that are being used, [some of the cases] look very similar," said Det. Vernon Ryder with Chesapeake police.

In Norfolk, police say witnesses have also noticed a small, identifying feature on one of the suspects that could be either a birthmark or a tattoo under one of his eyes.

And in Portsmouth, police say in at least two cases there is a getaway driver - a woman in a dark-colored SUV with tinted windows.

Whether or not the suspects from the different robberies are working together and exactly how many suspects there are is still unknown.

Either way, police say they don't see an end in sight until the suspects are caught, and the key to doing that could lie with tips from the community.

If you have any information, no matter how small, call the Crime Line at 1-888-LOCK-U-UP.  You'll remain anonymous and could get a cash reward. 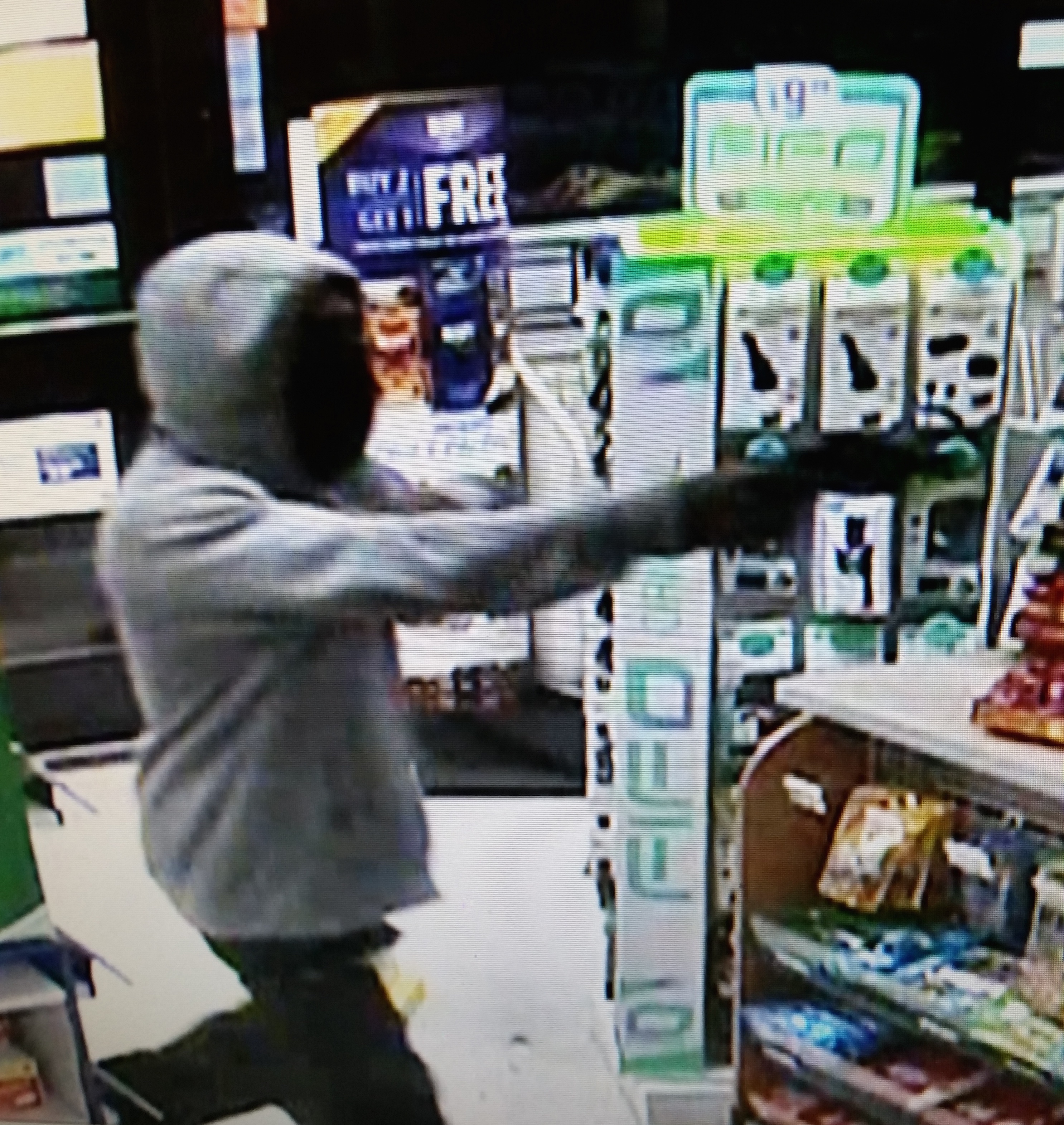