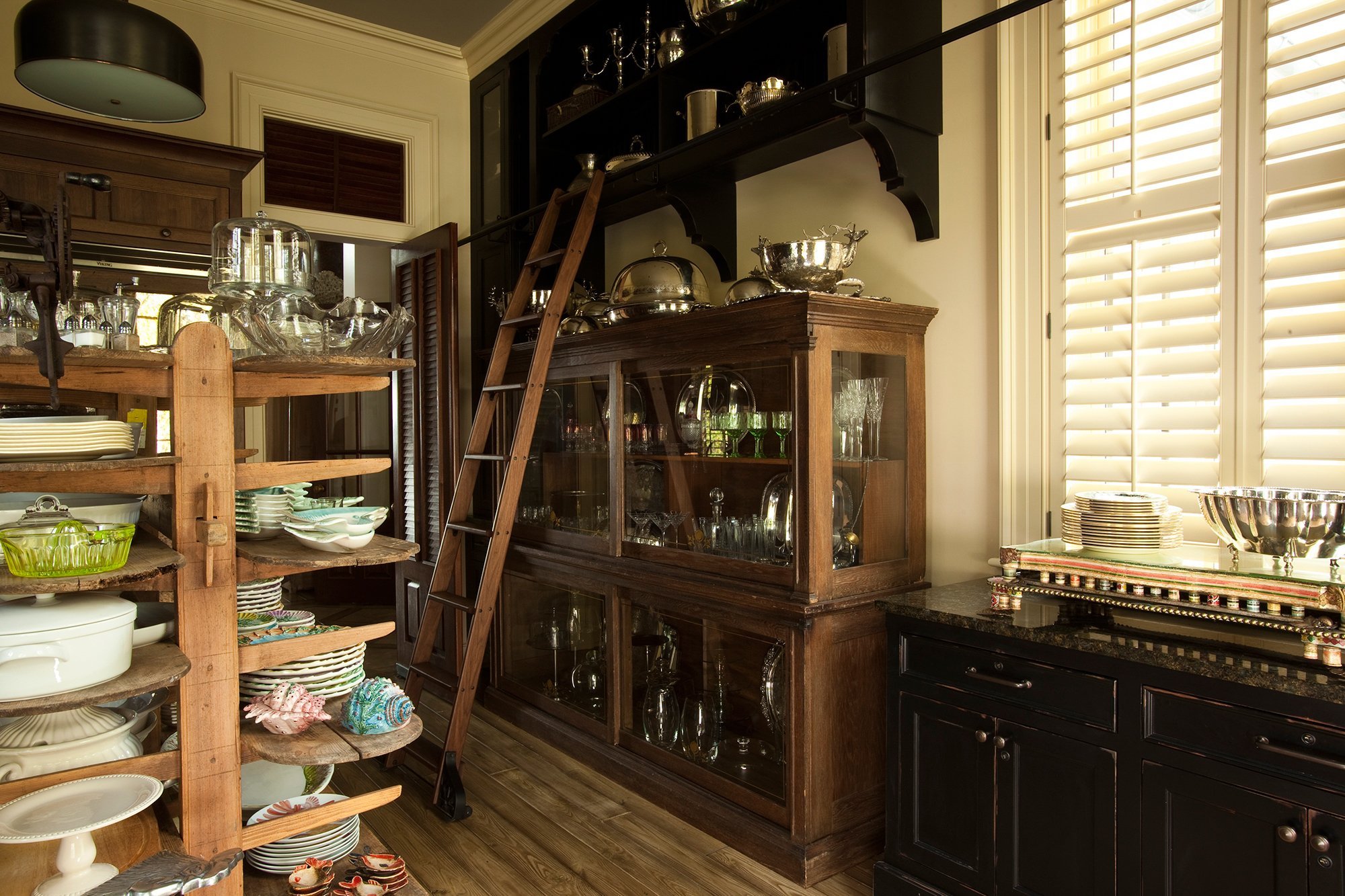 NEW YORK (CNNMoney) — Paula Deen, the queen of Southern cuisine, has put her rambling Savannah mansion on the market for $12.5 million.

The 5.5 acre estate features an 8-bedroom French Caribbean-style main house located just outside Georgia’s oldest city, according to the listing with Seabolt Brokers.

The sprawling property includes two guest cottages, a barn with room for several cars, and a dock house.

The 14,500 square foot home features a kitchen fit for a gourmet chef equipped with commercial grade appliances and an English pantry.

There’s an aviary with stuffed poultry and other game birds to provide inspiration when whipping up a mess of chitlins.

Since this is Paula Deen we’re talking about, there is more than one kitchen. The second, outdoor kitchen is where the serious cooking is done. It features three grills, four refrigerators and one smoker, all within range of the pool.

After feasting on southern fried delights, guests can take in a movie in the media room, which has its own soda fountain. Or they can try to burn off some calories on the croquet court.

For those who just want to sit and digest, there’s a study with a saltwater aquarium and views of the near by Wilmington River.

Deen had a successful career as a cooking show host and cookbook writer. She was famous for butter-soaked desserts and deep-fried Southern specialties. But her personal brand was tarnished in 2013 after she admitted, during testimony in a racial discrimination lawsuit, that she had once used a racist slur to describe an African-American man. She later offered a tearful apology via YouTube and NBC’s “The Today Show.”

Deen has also come under fire from nutrition advocates for popularizing unhealthy food while also acknowledging that she suffers from diabetes.

The Food Network, owned by Scripps Networks Interactive, let her contract run out, and she was dumped by a slew of sponsors and business partners, major retailers such as Wal-Mart and Target, as well as the diabetes drugmaker Novo Nordisk.

As part of her comeback attempt, Deen lost 40 pounds and plans to release a new cookbook later this year stuffed with low fat recipes. She told People magazine that she also rejiggered 50 of her classic recipes to cut calories.

Deen is selling her home as she tries to revive her career. In February, she launched Paula Deen Ventures, a company that specializes in restaurants, cruises, cookbooks, cookware and other products that focus on traditional Southern cuisine.