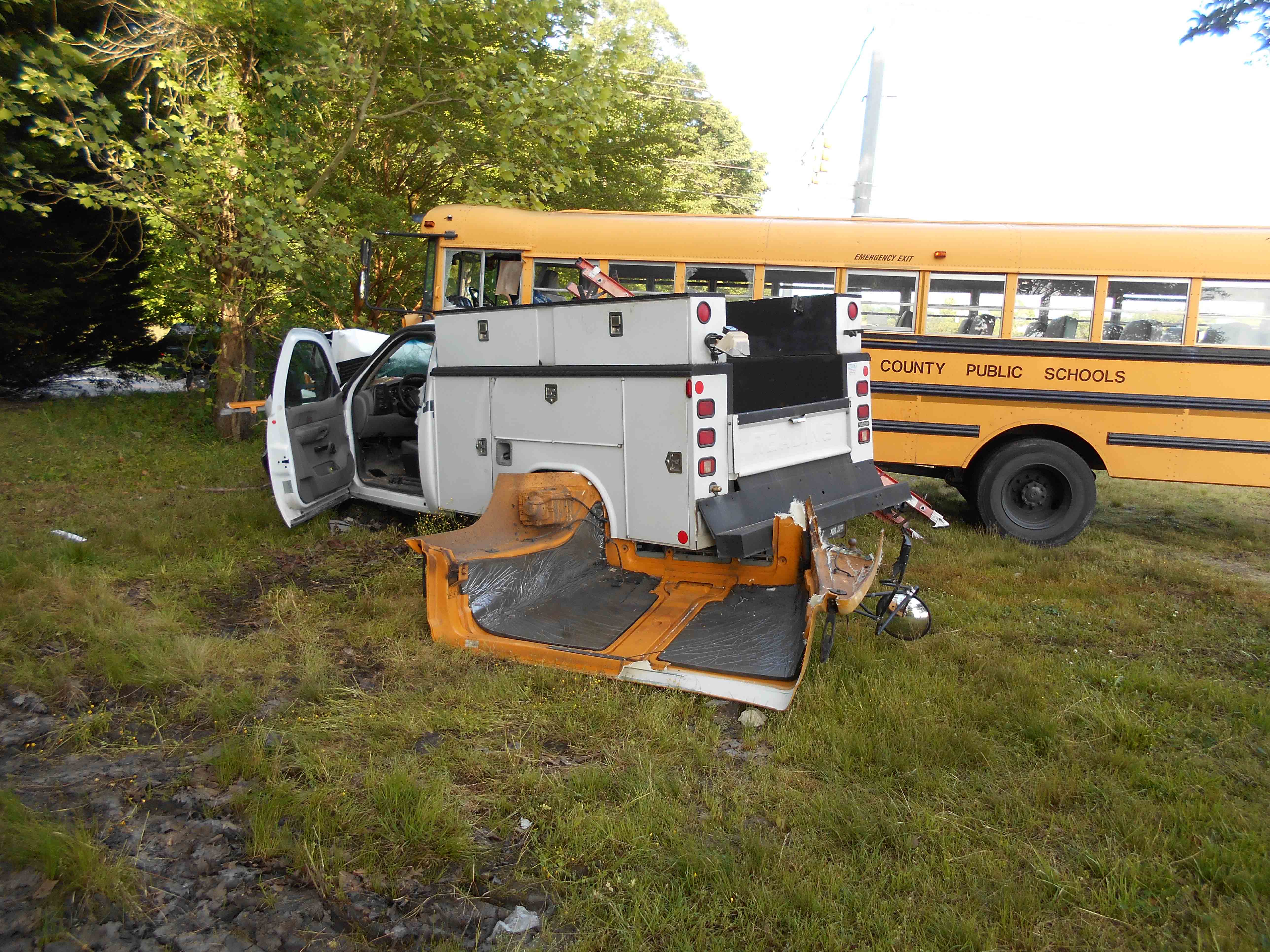 UPDATE:  Suffolk Police have charged the driver of the work truck, 32-year-old Christopher Wells, of Gates County, North Carolina, with failure to stop at a red light. Wells and the driver of the school bus, 67-year-old Jennie Boykins, of Zuni, Virginia, are both currently listed in fair condition at Sentara Norfolk General Hospital.

Suffolk, Va. – Two drivers were critically injured and a school bus aide was hurt when a school bus and a work truck collided on Portsmouth Blvd. in Suffolk Friday morning.

The school bus driver had just dropped students off at the Southeastern Cooperative Educational Program (SECEP) at John F. Kennedy Middle School when the crash occurred.

There were no students on board the Isle of Wight County School Bus at the time of the crash, which happened at the intersection of Portsmouth Boulevard and Suburban Drive around 7:11 a.m.

The man driving the work truck was airlifted via Nightingale to Sentara Norfolk General Hospital with critical injuries.

All three patients were treated and assessed by Suffolk Fire & Rescue personnel at the scene. There were no other occupants of either vehicle at the time of the accident.

The Isle of Wight County Schools Transportation Department is working closely with the Suffolk Police Department on this matter, officials say.

Eastbound Portsmouth Boulevard along with the intersection of Suburban Drive at East Washington Street are closed at this time.

The accident remains under investigation.