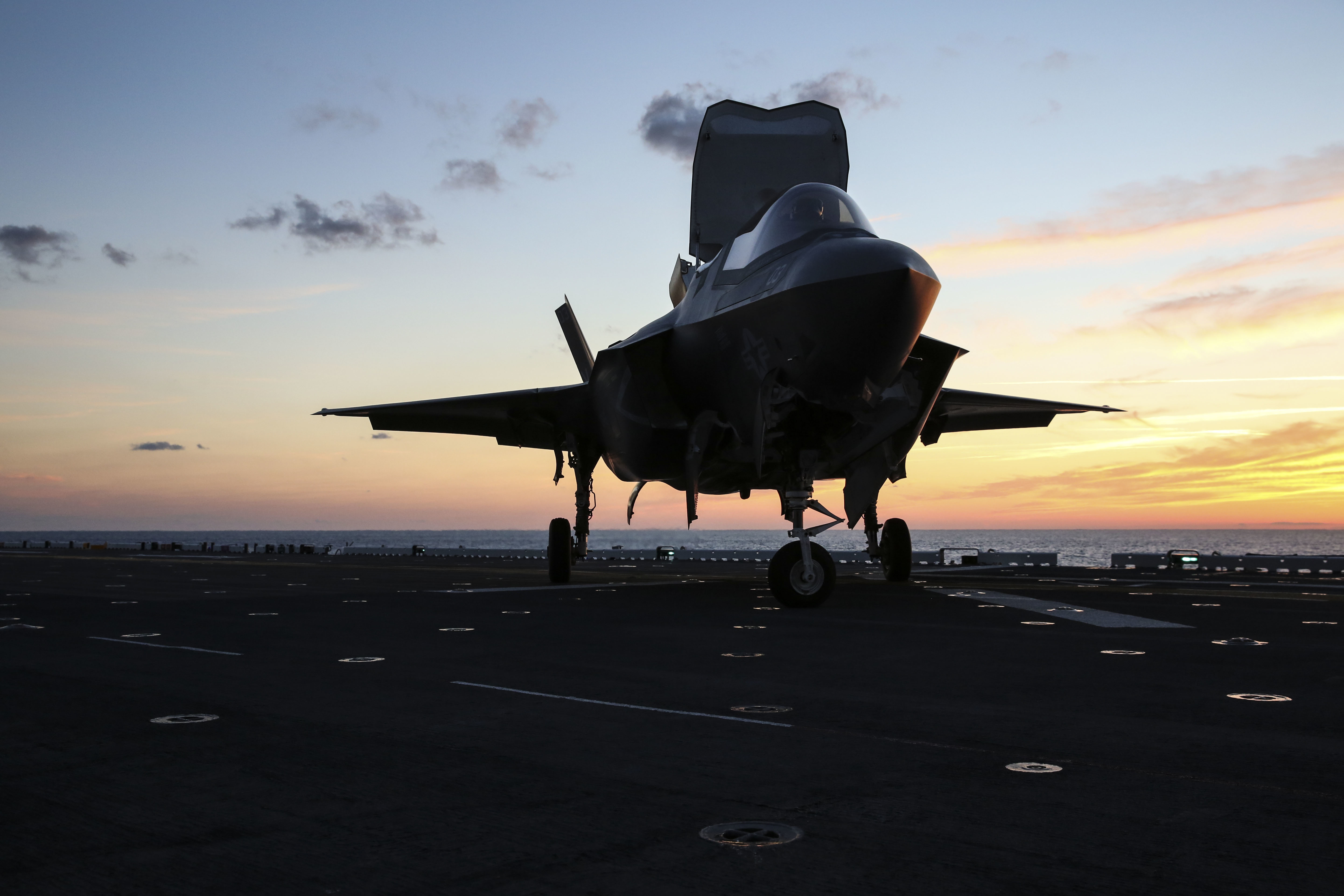 Aboard the USS Wasp – Marines and sailors have completed the first round of night operation testing of the F-35B Lightning II aboard USS Wasp during the Operational Testing 1 (OT-1) of the plane.

Of the many assessments conducted during OT-1, night operations are a critical task that both the aircraft and pilot must complete. In order to succeed, each pilot had to take off and land the F-35B four times aboard the ship at night.

“In the developmental phases, the aircraft has been used [by test pilots] in a night environment,” said Maj. Michael H. Rountree Jr., an F-35B pilot and senior training landing signal officer for OT-1 with Marine Fighter Attack Training Squadron 501, Marine Aircraft Group 31, 2nd Marine Aircraft Wing. “However, no one has ever done it operationally. So we are taking all the lessons we are learning here and giving them to fleet aviators.”

Although the F-35B is currently the most versatile and technologically advanced aircraft in the skies, obstacles were still set in place to test the abilities of the pilot and performance of the aircraft.

“We use the night pattern for unaided recovery,” said Rountree. “We are not approved to use the night vision camera, or distributed aperture system in the ship environment yet. We are simply using the naked eye to get us onto the ship. We fly an approach that funnels us into a good position to take over and land the jet visually.”

In order for night operations to run smoothly aboard an amphibious carrier, maintenance and communication are critical measures that must be taken by both the pilot and shipboard personnel.

“At nighttime, you have a lot more risk, so safety is paramount,” said Sgt. Daniel Beaston, a power line mechanic with VMFAT-501, MAG-31, 2nd MAW. “You must constantly keep your head on a swivel and be especially watchful. It is also important to maintain communication between yourself and the pilot.”

For the Marines on the flight deck, knowledge and being confident in their various skill sets is critical for everything to run as planned, according to Beaston.

“The smallest breakdown in communication at night can be extremely disastrous and everything can become complicated,” said Beaston.

With the Queen Elizabeth Class Carriers being produced in the United Kingdom, members of the Royal Navy and Air Force were embedded into the Marine units to observe, participate and take away from the evolutions during OT-1.

“I have been observing the night operations, and they differ from day operations because of the communication,” said Royal Air Force Leading Hand Martin Williams, a leading aircraft engineering technician embedded into the unit. “The way they get the message across to the pilots is the biggest difference.”

Despite the obstacles and adversities that were put in their way, the Marines left the training confident in their skills and with more knowledge on the capabilities of the F-35B, according to Beaston.

“I went out there for the first time to fly at night and everything went smoothly,” said Rountree. “With the controls and interface between the pilot and aircraft so seamless and the task loading so low, this aircraft is really a joy and a pleasure to fly.”