James City County, Va. - Real or Fake? It's a question officers in James City County are having to ask themselves as they are finding more people with fake Airsoft pellet guns that look like the real deal.

Officers are now encouraging parents to supervise children with toy guns after a recent incident.

"You've got to have good judgment," McDowell added.

Officers were called to the area of Ironbound Park on May 27th in reference to a person on a bike being hit with some type of projectile. Police were able to make contact with a group of juveniles and two pellet guns were found nearby.

Police say there is no way for law enforcement to quickly distinguish the difference between a toy gun and a real gun if they encounter someone holding a gun like the ones seen in the following pictures. 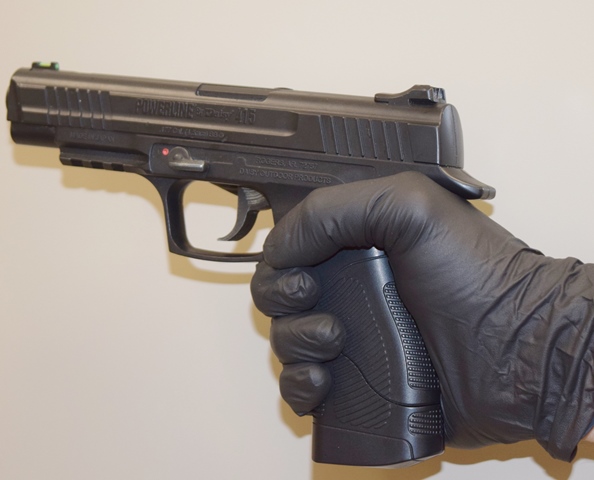 "It's scary," said officer Alan McDowell. "Especially when you get some of these that look exactly the real guns because when you are in a face-to-face encounter like that you have to make a split decision, 'Is it real? Or not'."

He says someone in possession of one of these guns could be hurt, or worse because someone mistakes the toy gun for a real gun.

"We are very cautious when we approach these people," McDowell said. "It's for your safety as well because I can tell you right now, I wouldn't want to come across a situation to where I use deadly force, and it might have been justified, to then find out that it was something like this. You have to make a determination on the information you have at hand and knowledge that you have right there on scene and fall back on your training."

Police are encouraging parents to educate their children on the dangers associated with the guns, both from the perspective of what they can do to a person and also how it looks to a law enforcement officer or other citizen encountering someone with one.

Should you have any questions about firearm safety, please contact Master Officer Alan McDowell or another officer at 757-253-1800.