They are known for the intolerance of gay people and their controversial protests at funerals for soldiers.

Their Elizabeth City demonstration caused a counter-protest and dozens of people came out against the group.

Vivian Gould is against the Westboro Baptist Church.

"We need to come together as humanity to stop this hate," Vivian Gould.

Gould feels sorry for the members of the Westboro Baptist Church.

"I don't find them disgusting. I pity them because they don't understand the word love," said Gould.

Westboro Baptist Church leader Shirley Phelps-Roper said, "They all say the big lie that God loves everyone, comforting all these foolish people in their sins."

Phelps-Roper said they are protesting priests who sexually abuse children.

Elizabeth City Resident Cindy Johnson said, "Your hate is out numbered by love."

Another woman said, "For me, it's not about WBC right now.  It's about the people in my community who are targets of their hateful message." 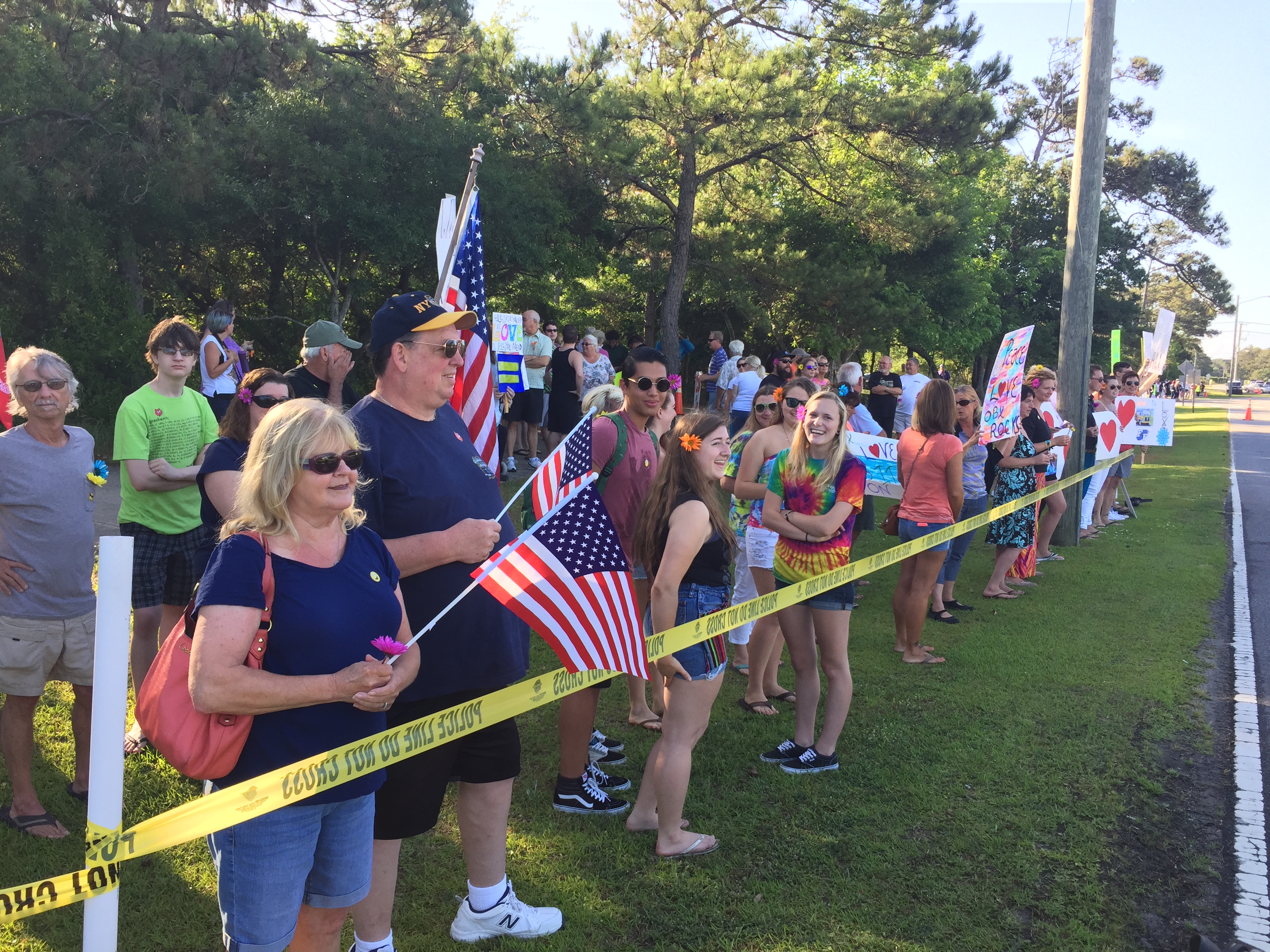