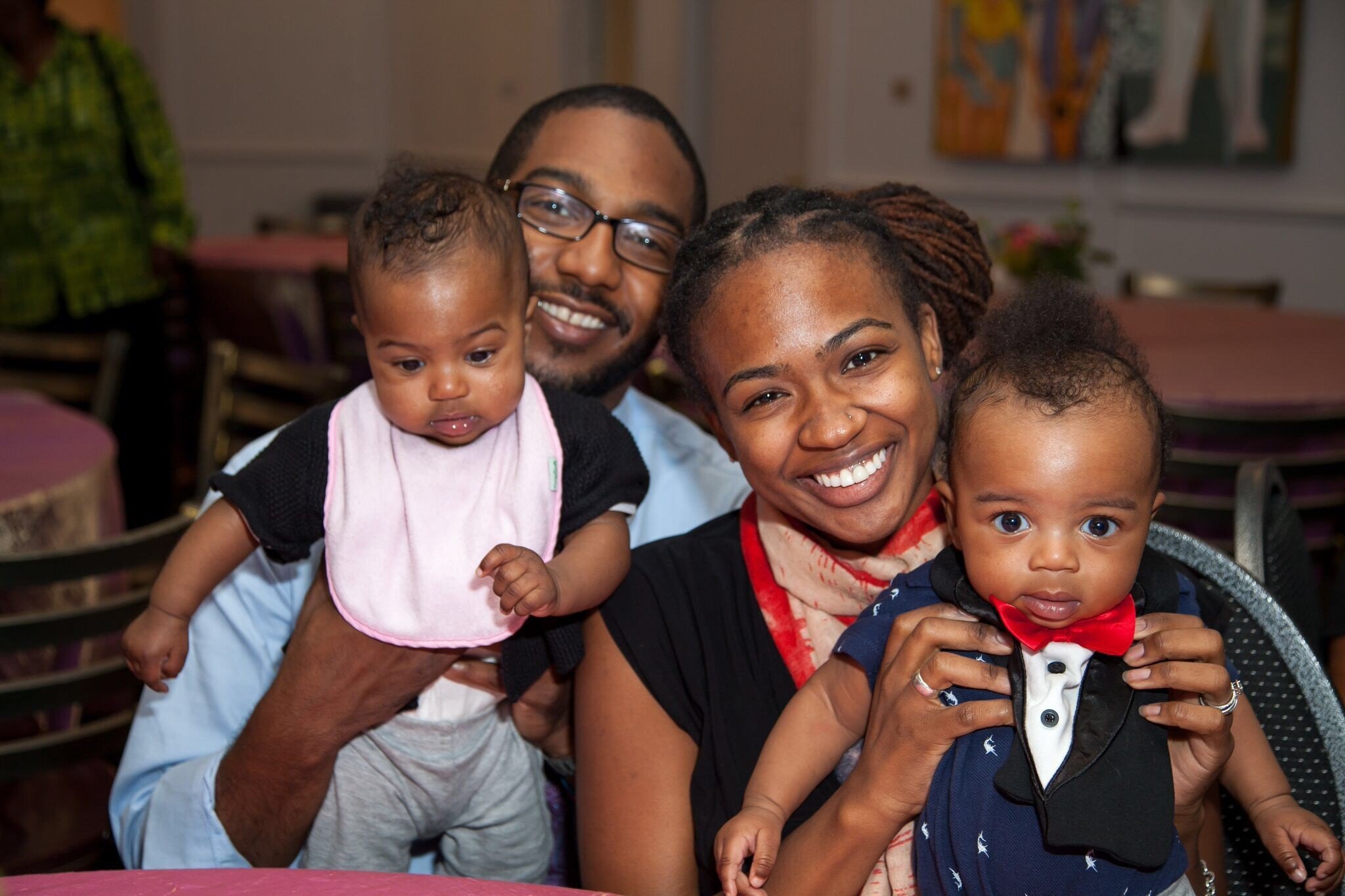 NEW YORK  — What’s a quick way to make friends on an airplane if you’re a parent traveling with infant twins? Hand out earplugs and candy.

This is a lesson I learned on Sunday afternoon from Alia and Chris McCants, a couple traveling with their 5-month-old twins Aria and Carter on a flight from Detroit, Michigan, back to New York City.

As I approached my seat in the very last row of the plane, I saw the couple and their babies in front of me and, because it was already a rough travel day filled with cancellations and near-missed connections, thought, “Great. This will be a flight from hell.”

But the universe works in awesome ways. Almost immediately, Chris McCants handed me this care package that included a plastic bag filled with two Twizzlers, two Tootsie Rolls, a Hershey’s kiss, the ear plugs and a note.

“This is our second flight, ever,” the note said. “We came to Michigan to bury our Pops, Marcus Belgrave, and we’d like to apologize in advance if we get scared or our ears hurt on the plane on the way home.

“Our parents hope we sleep the whole way … However, to make sure that you’re happy too, please accept this bag as a token of our appreciation for your patience.”

Alia McCants told me their grandfather, Marcus Belgrave, was a famous jazz trumpeter in Detroit. When she realized she’d be flying with her brood for the funeral, she did some “frantic Googling” about traveling with twins. Among other useful tips, like booking aisle seats across from each other, she found a picture of a similar note someone else had written.

Her husband made 80 packages for the two flights. McCants said they had fun handing out the packages and the response onboard was very positive.

“People really seemed to appreciate it,” Aria told me afterward. “What was really cool was that there were other parents on the plane both times who said things like, ‘I get it’ or ‘I’ve been there.’ I’ve realized that being a parent, especially a parent of twins, takes a village of people. Even if that ‘village’ only lasts the length of a flight, having other people who are in your corner is essential.”

She said she’s no “Pinterest mom” but believes in the power of community and gratitude and planned to do it again.

These are not the first parents to resort to bribery. For every appreciative passenger like me, there are other people who say it’s not necessary — and even part of a dangerous trend of parents feeling they have to apologize for having children.

After the hellish day I had, I know I surely appreciated the earplugs and the gesture. Our flight sat on the ground for a couple of hours. I put in my new earplugs and the babies were fine. (The flight was later rescheduled and I didn’t see them after that.)

I don’t have any children but my sister has two, a 5-year-old and a 1-year-old — and when I told her this story she said she would NEVER have the time to make packages like this. However, she agreed it was very sweet.