Visitors will be able to take tours of the ship in Yorktown before it departs for other stops on the east coast.

The ship was guided into Virginia by the Navy’s Arleigh Burke-class destroyer USS Mitscher. 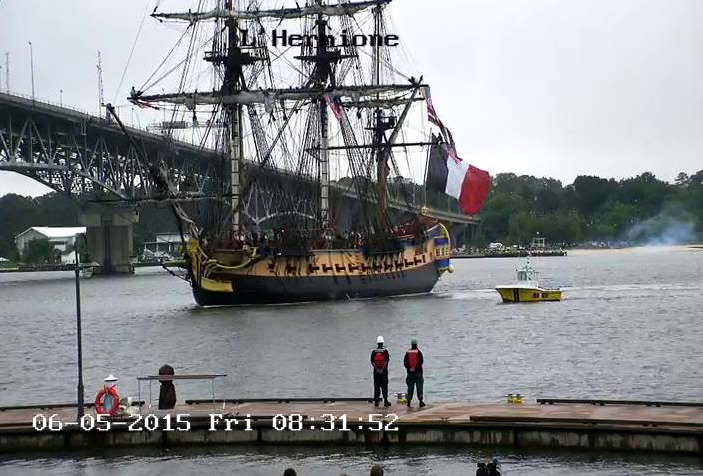 The symbolic return of the Hermione pays homage to Lafayette and the Franco-American alliance that brought victory at the Battle of Yorktown in 1781.