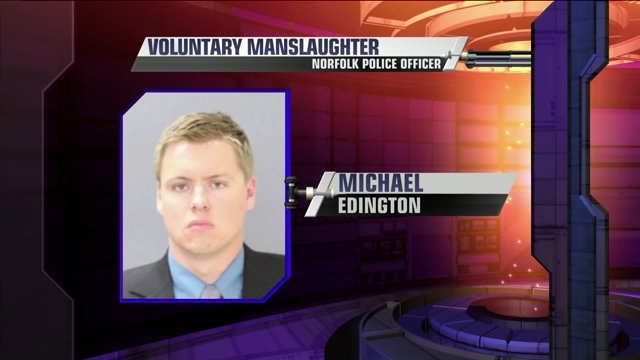 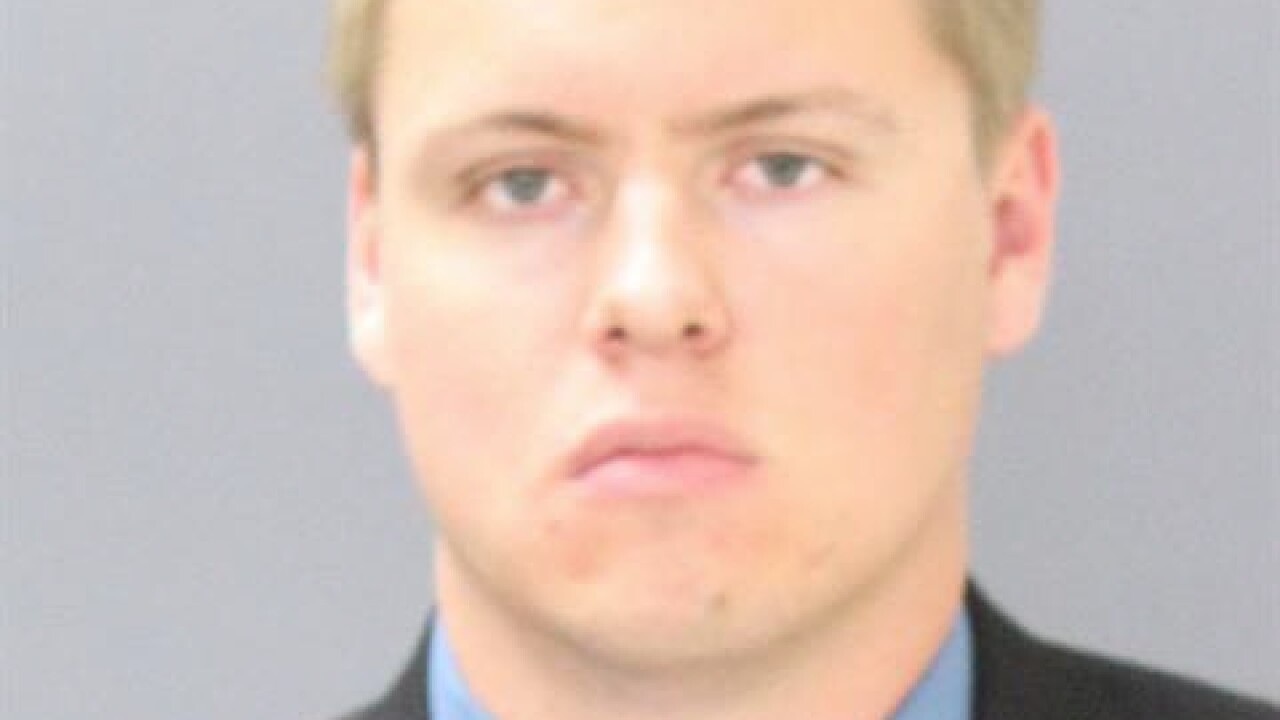 The grand jury was also presented with second degree murder and use of a firearm in the commission of a felony charges, but the officer was not indicted for these.

Edington turned himself in to Norfolk Police on Friday afternoon. He was processed by the Norfolk Sheriff's Office and released on a personal recognizance bond.

Latham was shot by Norfolk Police on June 6th, 2014 in the 400 block of W. 30th Street. Police were originally called out to the scene after someone told them Latham pulled a knife on a family member.

When they arrived on the scene, police say they encountered Latham, who was still armed with a knife and blocking the doorway to the home. Police say he refused to drop the knife and that’s when he was shot.

The next day his mother told NewsChannel 3 she believed the officer went too far. The family says Latham was mentally ill and just wanted help.

"He was just trigger happy," said Audrey Latham. "I don't know if he was fearful or what, but he didn't give my son any time to think. They shot him like a dog."

Edington was placed on administrative leave after the shooting and Norfolk police confirm that's where he's been ever since. He remains on administrative duty pending the outcome of the ongoing court proceedings.

Norfolk Commonwealth's Attorney Gregory Underwood made the request to have the special Grand Jury investigate the case.

The Special Grand Jury was made up of seven Norfolk citizens who went through two and a half days of sworn testimony from over a dozen individuals.

“The Special Grand Jury has reviewed the facts of this case and rendered its decision. The process followed is in accordance with the law and deserves our respect,” said Mayor Paul D. Fraim. “Under Chief Goldsmith’s professional leadership, our public safety officers continue the difficult work of preserving peace and justice for all in our diverse community and they have my support. I also want to express our condolences to the Latham family for their tragic loss.”

“The death of David Latham is a tragedy shared by the whole community, residents, police officers and city leaders. Chief Michael Goldsmith has worked tirelessly to implement best training practices throughout the department and I support his efforts. Norfolk police officers, along with city staff, are building partnerships with our neighbors and businesses and we will move forward together by working together,” said Marcus D. Jones, Norfolk City Manager

“This incident was tragic for the family of Mr. Latham and the City of Norfolk. I ask the public not rush to judgment and exercise patience while the case proceeds through the justice system. Norfolk police officers will continue to work hard to protect our communities and build relationships with our neighbors. These officers put their lives on the line every day and have my full support as we move forward,” said Chief Michael Goldsmith, Norfolk Police Department.