The future USS John Warner has been under construction at the Newport News Shipyard.

Thursday afternoon, the Warner returned to the shipyard after successful completion of INSURV sea trials, one of the final steps before the submarine is delivered to the Navy.

NewsChannel 3's Todd Corillo and Photojournalist Megan Neeley were on one of the tugboats in the James River that helped guide the submarine back to the shipyard.

Tim Mason, a deckhand on the Captain Ambrose tug, described his pride in assisting with the return.

"Doing something to help out the Navy. Knowing that one day she's going to be turned over to the Navy. Where she was built at, we assisted in every way that we could," Mason commented.

Sailors are out on the future #USSJohnWarner as we head towards @HIIndustries Newport News Shipyard. @WTKR3 pic.twitter.com/CP9XHyDHKx

Here she is! The future #USSJohnWarner framed with the largest @USNavy base in the world behind. @WTKR3 @HIIndustries pic.twitter.com/WnidagYfr6

As the submarine appeared on the horizon, crossing over the Hampton Roads Bridge-Tunnel and the Monitor-Merrimac Memorial Bridge-Tunnel, Corillo had the opportunity to talk with the submarine's namesake by phone.

Longtime Virginia Senator and former Secretary of the Navy John Warner was clearly bursting with pride.

"The Navy has been part of my lifetime since I enlisted in January of 1945. This is a culmination of a long history of activity and I only think this morning about the wonderful sailors who are sailing it and the shipyard workers that built it and they are the ones who should celebrate this day and we should celebrate it with them," he told Corillo.

"It represents the most remarkable achievement that America is capable of technologically. I mean, nothing is spared in building this and it is solely for the purpose to preserve freedom not only for ourselves, but for others in the world."

The Warner is expected to be delivered to the Navy later this summer. 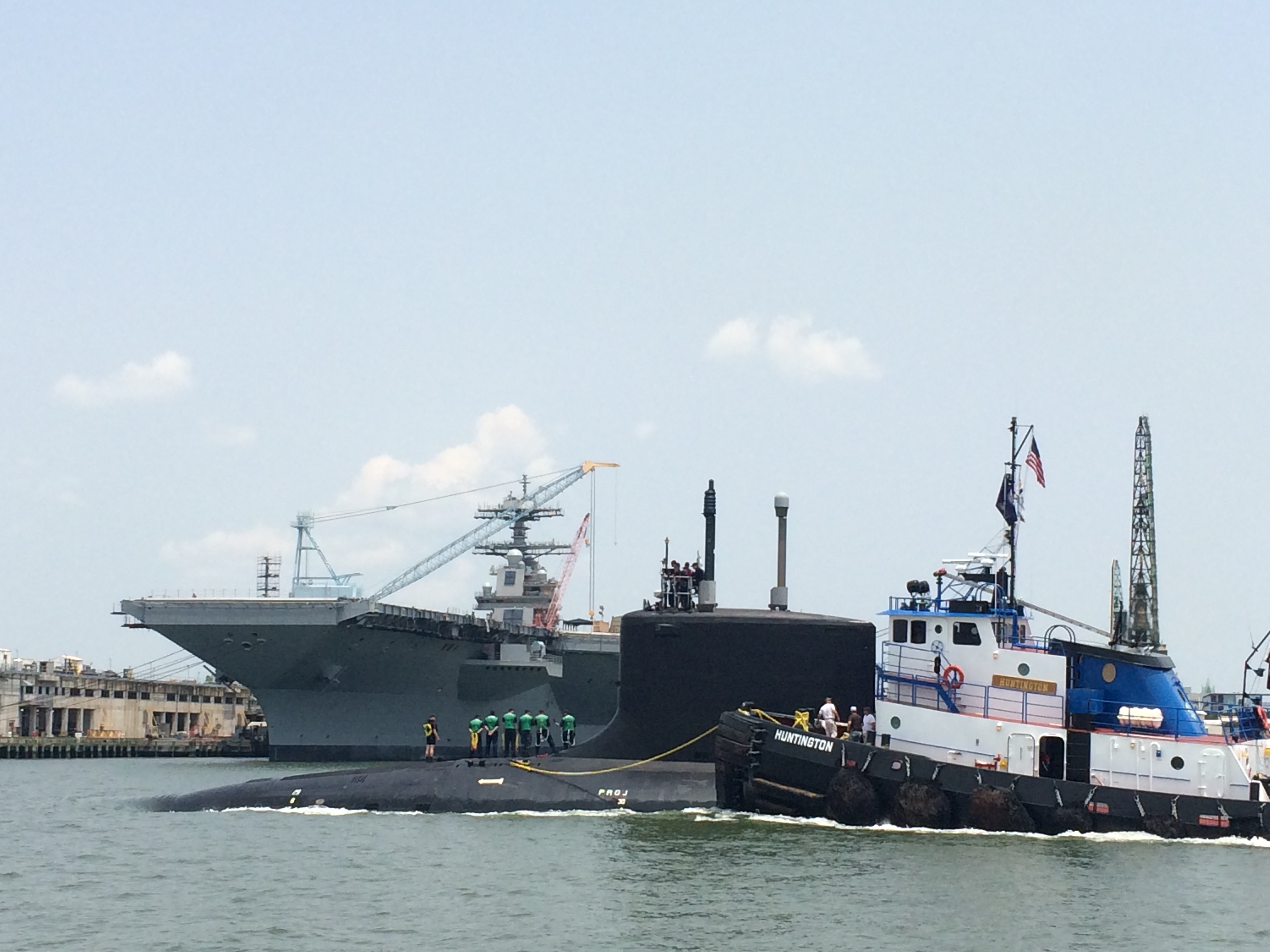