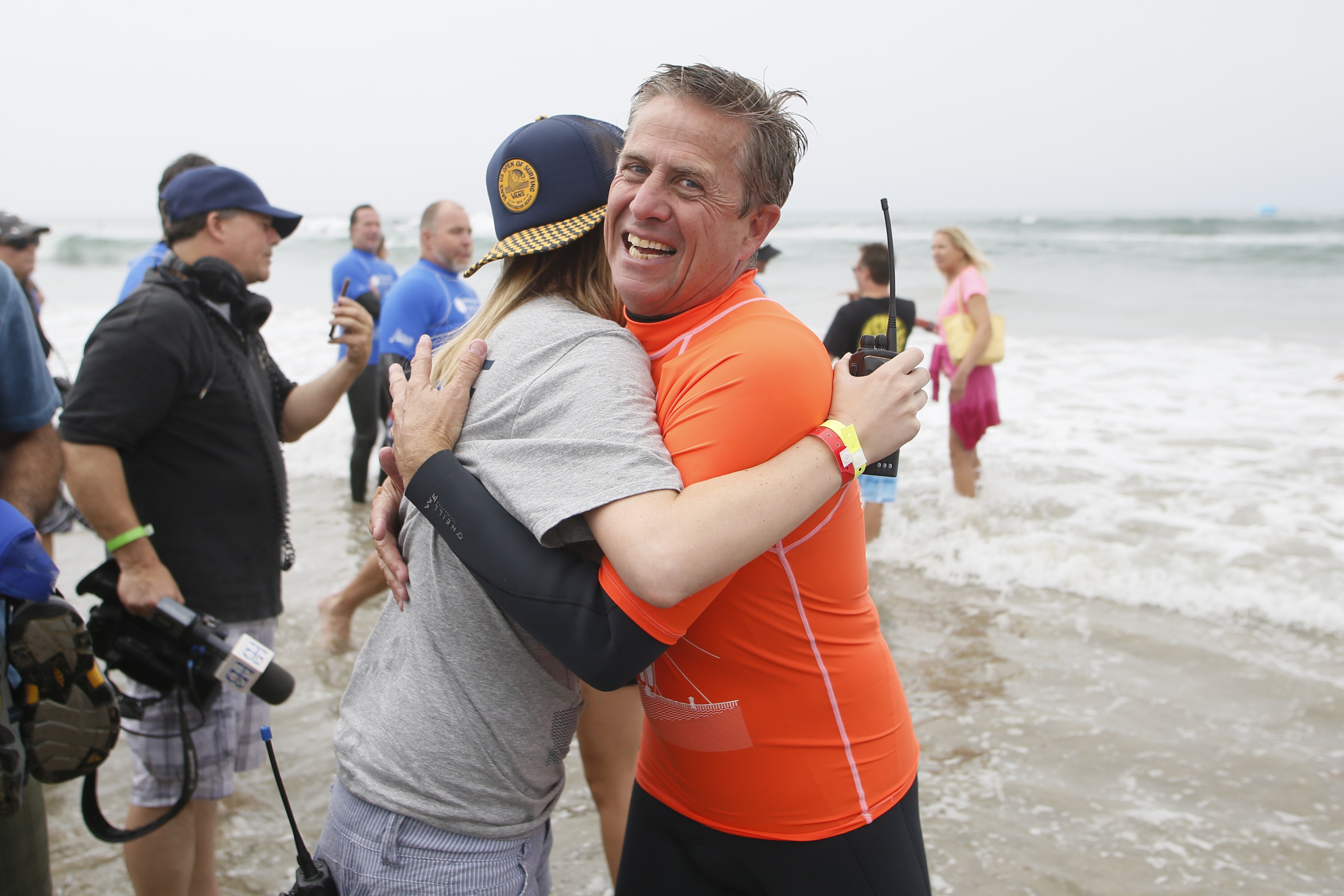 (CNN) — Sixty-six surfers climbed onto a giant surfboard Saturday in Huntington Beach, California, and rode it into the record books.

The surfers came together on International Surf Day, held annually on the summer solstice, to beat the record of 47 people riding a board in Australia in 2005.

A WaveRunner towed the 1,300-pound board into position before gentle waves carried it and its human cargo to the beach. The surfers managed to stand upright for 12 seconds, according to an unofficial count posted on the City of Huntington Beach’s Facebook page.

“It was an awesome feeling,” one of the surfers, Kelly Kenney, told CNN affiliate KTLA. “It went by really fast, actually, but everyone was cooperating, and it was a good time. Nobody fell off.”

The event drew big crowds of people who watched from shore and from the city’s pier, which extends hundreds of feet into the ocean.

The feat appears to have set at least one, and possibly two, Guinness World Records. The custom-built board used Saturday was 42 feet long and 11 feet wide, according to the Los Angeles Times, besting the 39-foot board used by the Australian group.

Huntington Beach Mayor Jill Hardy said the event helped kick off summer and was meant to remind “everybody that we’re about surf culture whether you surf, swim or hang out at the beach.”

Guinness World Records adjudicator Michael Empric was present at Saturday’s event and was expected to make the records official.