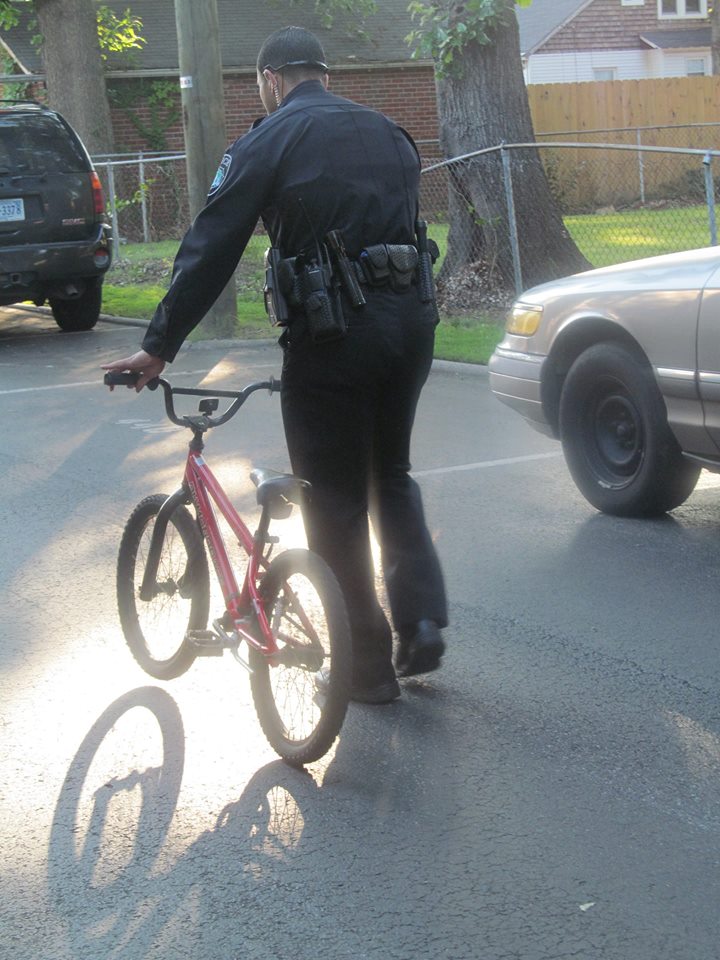 Newport News, Va. – A Newport News officer recently went out of his way to perform a great deed for a young girl.

On June 12th, Officer Lasoce presented a bike to a young girl who recently had her bike stolen.

After receiving a  police report for the stolen bike, Officer Lasoce found the girl’s bike in parts. He attempted to put the bike together multiple times, but failed before taking it to the Newport News Fraternal Order of Police with the help of the Oyster Point Rotary Club.

While there, officers worked together to refurbish the bike.