Cumbria, northern England – A parachutist with the British Army’s Red Devils stunt team rescued a fellow jumper in a midair drama after his parachute failed during a stunt jump.

The dramatic scene played out above the heads of anxious spectators at the Whitehaven Airshow in Cumbria, northern England.

A statement on the Facebook page for the airshow said one of the parachutists’ chutes failed to deploy properly.

Brian Sherwen, an official photographer for the event who witnessed the incident, said he saw the two men “dropping through the sky.”

He was able to see exactly how the rescue unfolded through a videographer’s powerful zoom lens.

“It was obvious the top jumper was wrapping his legs around the ropes of the parachutist below — his legs were carrying the weight of the man below and his tangled parachute,” he said.

“There was quite a lot of flailing of the legs, then the bottom guy stopped struggling and just held his legs straight down.”

“The top guy was obviously in control and was trying to find a safe area to land. They were falling down at least twice as fast as the other people who were jumping with them.”

The two men didn’t land where they were supposed to for the display but in a nearby marina busy with big yachts with masts, Sherwen said.

“They’ve done very well to get down in the open water,” he said. He spoke to a member of the team afterward and said he seemed quite blasé about the death-defying maneuver. “They acted like it was just another day at the office,” he said. 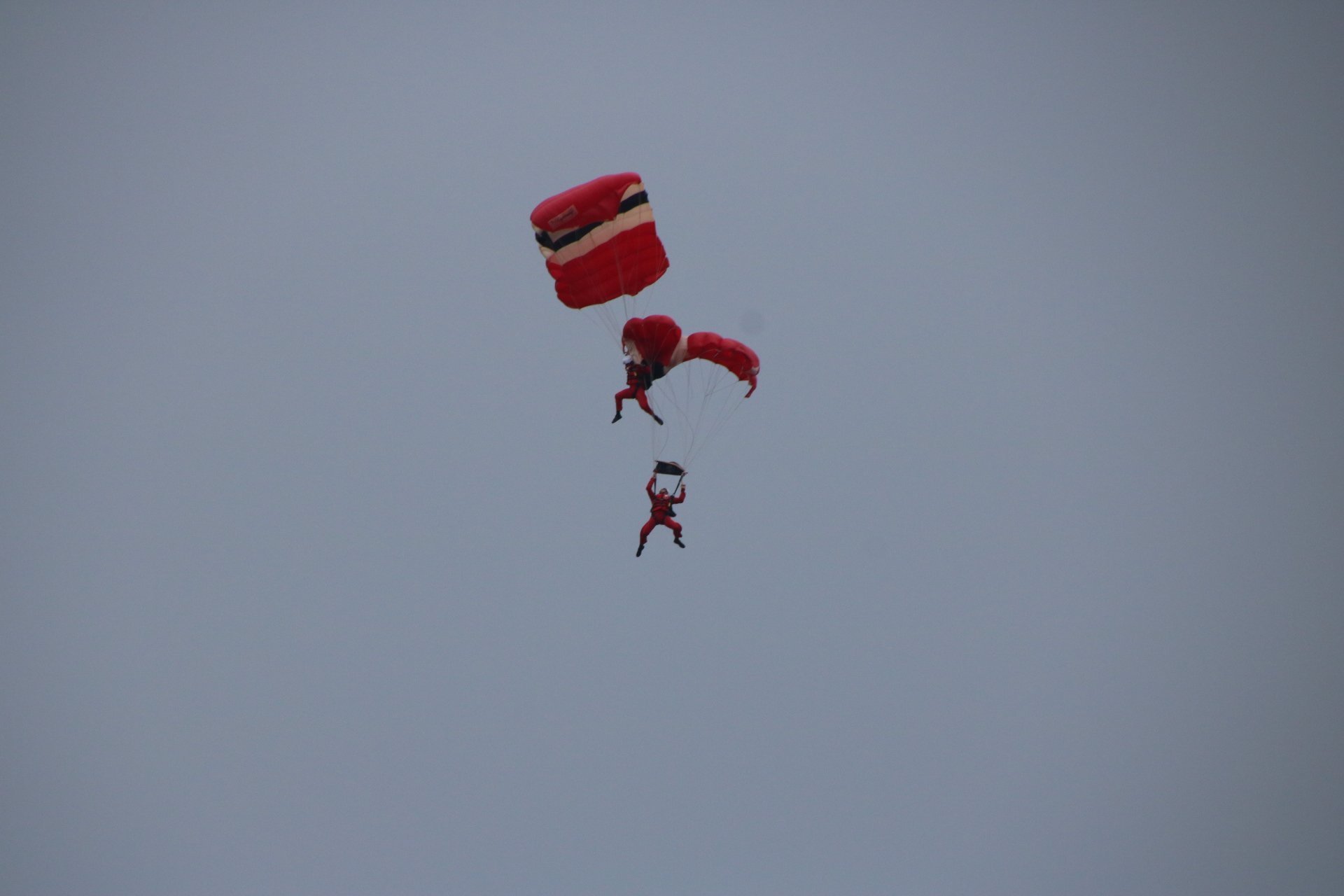 “We can confirm that the Red Devil parachutists are both safe & sound,” the airshow’s Facebook statement said.

“For the first time in 25 years they had a parachute fail. One team member caught his teammate & brought him into Queens Dock. Our safety procedures worked perfectly & a huge thank you to Whitehaven Marina for getting them out of the water so quickly.”

A subsequent statement confirmed that the team members were “both fine” following their splash landing.

Another witness, Tom Davies, told CNN: “We are all just relieved no one was hurt, but the team member saved his buddy without doubt. He is a hero.”