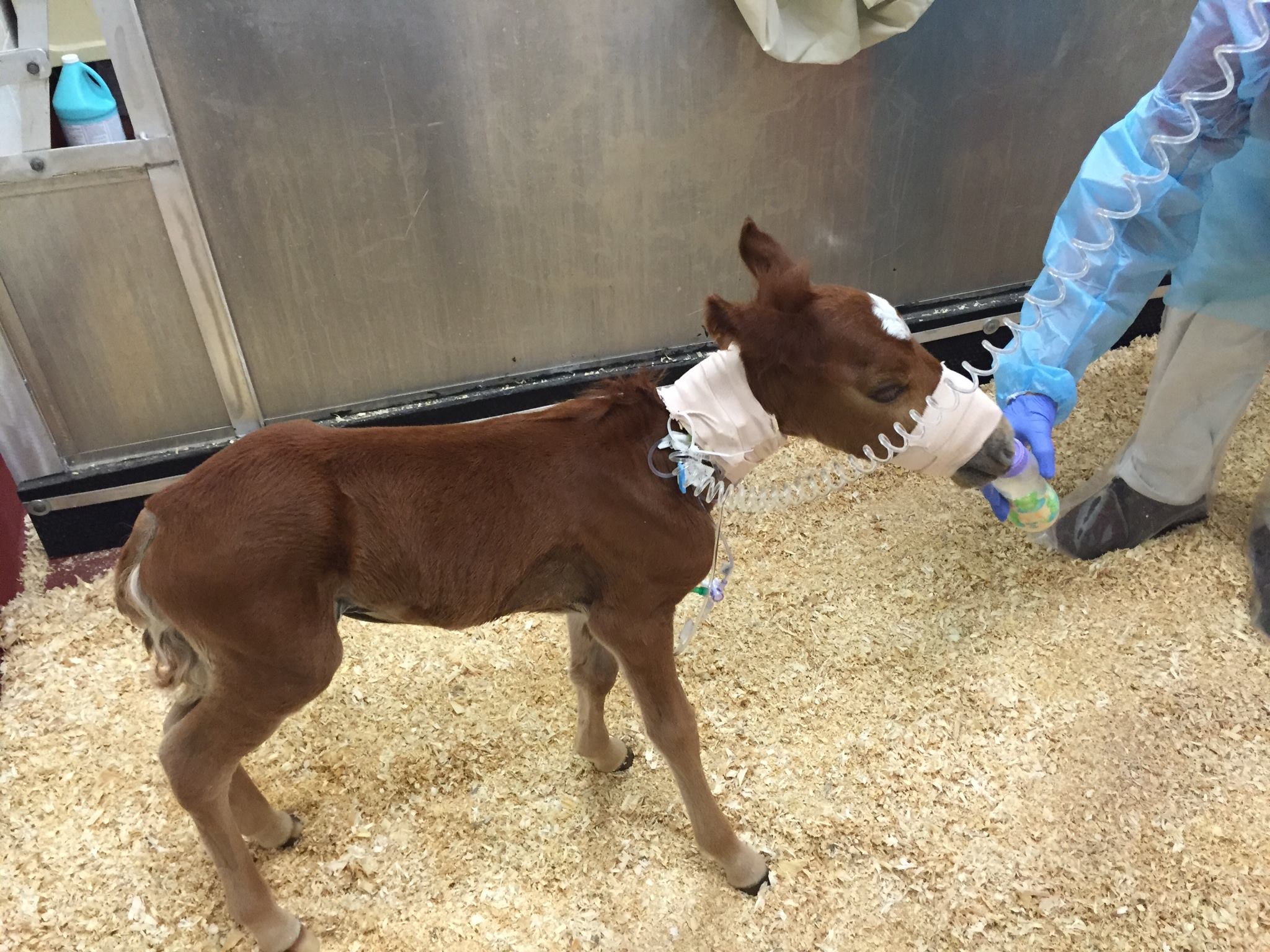 Raleigh, NC – The Corolla Wild Horse Fund is working to raise money to help with medical costs for a foal born June 12th.

The birth of Guillermo (a.k.a. William) was complicated by extreme heat and he did not bond well with his mother during the first few days.

At the advice of veterinarians after showing no signs of improvement, William was taken to a vet clinic in Suffolk before being referred to the ICU at the veterinary hospital at North Carolina State University in Raleigh.

Tests revealed William’s bladder was leaking urine into his abdomen and surgery was performed to correct it.

He was given a 60 percent chance of survival after the surgery. Since then, William has been showing signs of improvement but has also experienced several setbacks in his recovery.

They have set up a GoFundMe account to help pay for William’s extensive medical bills and provide future treatment on his long road to recovery.