Hampton, Va. - Hampton Police say they are assisting police from New Britain, Connecticut and the FBI with an ongoing investigation into a possible serial killer.

Hampton Police say they were contacted by the "Greater New Britain Serial Killer Task Force" in relation to the remains of seven people found behind a shopping center in New Britain, Connecticut.

Detectives are finishing the search at 100 Gumwood Dr. The search did not reveal any additional evidence. Weaver Rd will be opening soon.

NewsChannel 3 has confirmed that the home being searched was previously the residence of William Howell.

Howell was arrested in Hampton in 2005 and convicted of Manslaughter in the First Degree in the homicide of Nilsa Arizmendi. Arizmendi was reported missing from Wethersfield, Connecticut and was last seen alive in Howell's van in July of 2003. Howell, a Hampton native, had been living in Connecticut in 2003.

Howell's van was seized in North Carolina in 2004 and forensic tests found blood from Arizmendi inside. Howell was found to be living in Hampton and was arrested in May of 2005.

He is currently serving a 15-year prison sentence.

According to the Connecticut Division of Criminal Justice, the Howell case has remained open because authorities are looking to find the source for additional blood that was found in Howell's van. They say a "substantial amount of blood from a second, unidentified individual was present."

In 2007, the remains of three women were found behind a strip mall in New Britain, Connecticut. During additional searches of the area this past April, authorities found remains of three more women and a man.

The remains of Nilsa Arizmendi were among the ones found in April.

All of the people whose remains were found disappeared in 2003. Police believe the killings were likely committed by the same person during separate incidents.

Authorities are working to find out if the blood found in Howell's van matches any of those victims.

On Thursday, Hampton Police filed a search warrant to search through the entire property and every structure on the property. The warrant states that they are specifically looking for body parts, human remains, blood, hair, fibers, clothing and a site where a body may have been disposed of.

They are being assisted by FBI cadaver dogs that are trained to alert on the presence of human remains. They are also using an ultrasound machine that alerts them to the presence of anything buried under the ground.

Friday afternoon, Hampton Police announced that they had completed the search, but the search did not reveal any additional evidence.

NewsChannel 3 is working to gather more information. Check back on WTKR.com for updates. 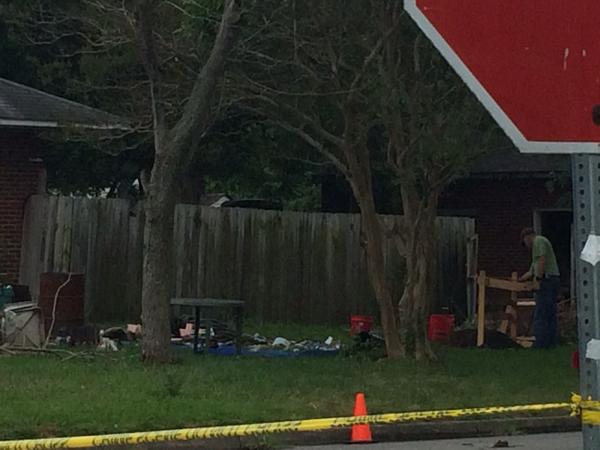