Virginia Beach, Va. - Animal Control Officers in Virginia Beach have charged a man with animal cruelty after they say he set his dog on fire in May.

Virginia Beach Firefighters were called to a small brush fire in a wooded area off Virginia Beach Boulevard not far from Birdneck Road the afternoon of Friday, May 29, 2015.

Animal Control Officers were called after gray and white adult female Pitt Bull was found dead in the fire.

The dog's front and rear legs had been bound together and a necropsy confirmed the dog was still alive when she was set on fire.

Meghan Conti, a spokesperson and supervisor for Virginia Beach Animal Control says a lead helped identify Vieira as the most recent owner of the dog as well as the suspect in the case.

"To know that a person is capable of doing something of this nature to an animal, I think knowing that it’s an owner makes it a little bit harder because that’s somebody who at one point in time provided care for that animal," she said.

On a Checklist for Bail Determination filed in Virginia Beach General District Court, a magistrate noted that Vieira is a "flight risk" and "about to be kicked out of the Navy."

It also notes he "shows no remorse" and has "no ties to area."

Several days after he's accused of setting his dog on fire, Vieira was picked up by the Navy for shoplifting at the Navy Exchange in Norfolk.

The Virginia Beach Fire Department is consulting with the Commonwealth Attorney about possible additional charges.

Vieira was taken into custody again after the General District granted him bond. The Commonwealth appealed the decision. 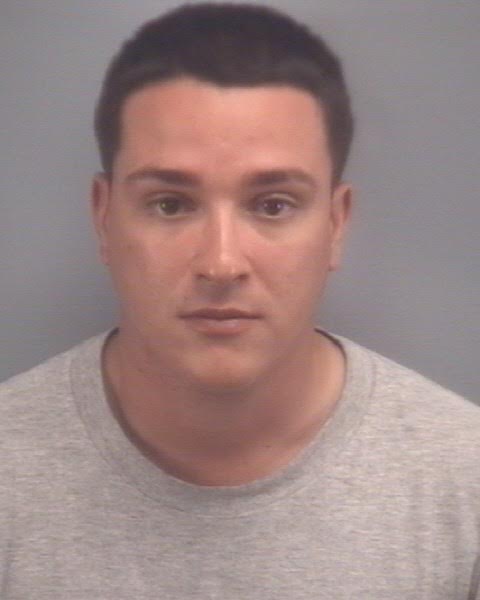