Chesapeake, Va. - A recycling truck caught on fire in the Las Gaviotas neighborhood in Chesapeake Thursday morning, according to the Chesapeake Fire Department.

The fire started around 8:40 a.m. in one of the truck's natural gas tanks before spreading to a nearby home near the intersection of Las Gaviotas Boulevard and Country Club Boulevard.

The house fire was quickly extinguished. Crews had to cut into the truck in order to finally extinguish the fire in the truck.

The truck is from TFC Recycling, based in Chesapeake. The company says they believe the fire was caused by a hydraulic leak. They will take the truck back to their shop for further examination.

Chesapeake Fire Department spokesperson Simone Gulisano says they have not yet determined the cause of the fire officially.

No injuries were reported. However, the family that lives in the home that was damaged will not be able to return to the home for the time being.

Stay tuned to NewsChannel 3 for updates. 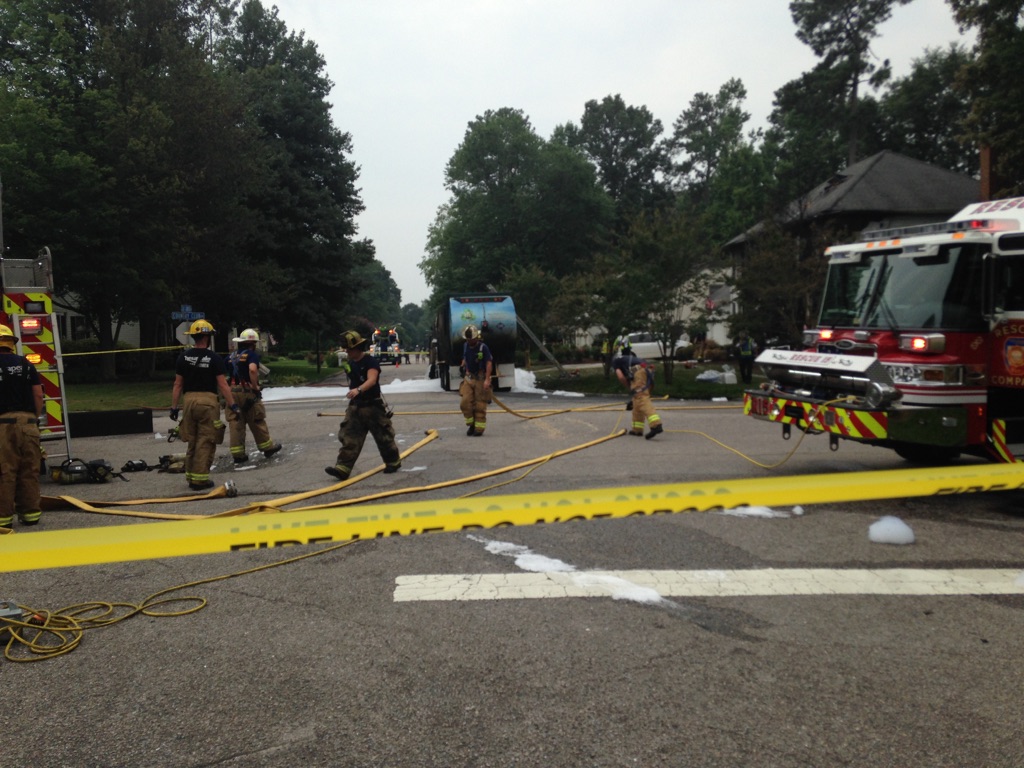