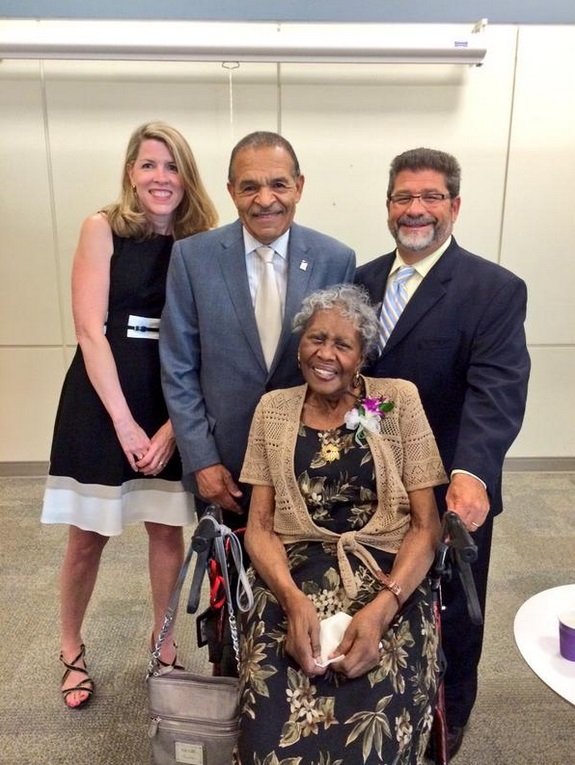 More than seven decades ago, Pearl Thompson wanted to check out a book from a North Carolina library. But she was told no, because she is black.

A county library official changed that Thursday, years after the 1942 incident during the days of racial segregation.

Thompson, now 93, was a student at Shaw University when she went to the Olivia Rainey Library in Raleigh to borrow a book for a report.

“She came to the library in 1942 to use a book for a paper she was writing, and she was denied access because she was African-American,” said Ann Burlingame, deputy director for Wake County Public Libraries.

Instead of checking out the book, she was sent to the basement, where she sat among piles of old newspapers. She read the book under dim lighting, took notes and handed it back, Burlingame said.

When local librarians were told her story, they reached out to her in Cincinnati, where she now lives, Burlingame said.

And after a wait that spanned generations, an elated Thompson finally got a Wake County library card Thursday during a ceremony at the Cameron Village Regional Library.

“It’s going to take me a while to get to you,” she told the library staff as she walked toward them to get the card with the help of a walker, according to The News & Observer. “But it’s been a long journey anyway.”

The Olivia Rainey Library was the first public library in Raleigh, according to the paper. When Thompson was turned away, the city had separate libraries for whites and African-Americans, which later merged in the 1960s.

The library director said she was honored to finally right a wrong.

“I just feel like this woman was denied access to a library and a book,” Burlingame told the newspaper. “I just wanted the opportunity to rectify that, not just for her but for us as the library system.”

A teary Thompson said she did not hold any grudges, and was honored to get her wish fulfilled 73 years later.

With a signature and a big smile, she showed it’s never too late to start a new chapter.