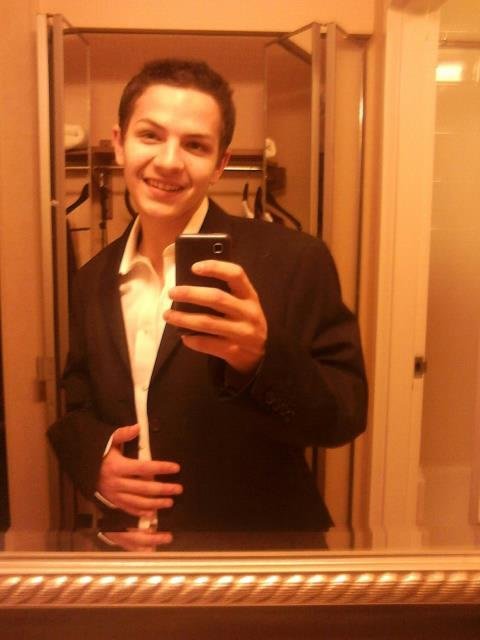 At 18, Keith Vidal was a normal teenager, his mom said — a good kid and funny guy who liked basketball, played the drums and enjoyed the beach.

But in 2012, his parents thought he was going through something more than “normal teenage stuff.” He became withdrawn, paranoid and disconnected. In 2013, he was diagnosed with schizoaffective disorder, his mother said, which is characterized by a combination of schizophrenia symptoms such as hallucinations and delusions, as well as mood disorder symptoms, such as depression. Antipsychotic medications helped control his symptoms but often needed adjustment.

On January 5, 2014, Vidal’s mother said, her son was having a particularly bad day. He wasn’t acting violently, but “it didn’t seem like Keith was in reality,” Mary Wilsey said. He refused to go to the hospital for an evaluation, so his family called 911 for help.

Details of the incident vary among reports, but Vidal’s stepfather told a 911 dispatcher that Vidal was armed with a screwdriver and wanted “to fight his mother.” Police responded to the family’s home in Brunswick County, North Carolina. Law enforcement from three different agencies arrived, and Vidal was shot.

In February 2014, Det. Bryon Vassey of the Southport Police Department was indicted by a grand jury on one count of voluntary manslaughter in Vidal’s death. Vassey’s lawyer, W. James Payne, would not comment on the specifics of the case but said in a statement to CNN that Vassey was defending the life of another officer. A trial date has not been set.

Since Vidal was killed, conversation around the country has turned to police use of force. The Washington Post recently released an analysis of the 462 police shooting deaths it counted in the U.S. in the first six months of 2015. The newspaper found that one-fourth of those deaths involved people “in the throes of emotional or mental crisis.”

“The vast majority were armed, but in most cases, the police officers who shot them were not responding to reports of a crime,” the Washington Post reported. “More often, the police officers were called by relatives, neighbors or other bystanders worried that a mentally fragile person was behaving erratically, reports show. More than 50 people were explicitly suicidal.”

Wilsey, Keith Vidal’s mother, said she believes that specialized training in mental health issues would have led to a different outcome for her son. She’s advocating for “Keith’s Law,” which would make mental health training mandatory for North Carolina police departments.

With different police training, “I feel in my heart my son would be alive,” Wilsey said.

The 40-hour training educates police officers on mental health conditions and medications, and introduces police to mental health resources in the local community.

Traditional training teaches police to control situations by demanding compliance, and the unpredictable nature of a person with a psychiatric disability can be misinterpreted as a threat and quickly escalate to violence. CIT training is meant to prevent that.

CIT began in Memphis in 1988 in response to community outrage over the police shooting of a man living with a serious mental illness. About 2,800 CIT programs now operate across the country, Usher said. That represents 15% of police jurisdictions nationwide.

‘It saved our lives that night’

San Antonio’s police department has had a full-time CIT unit for eight years, and Officer James Williams said he’s seen the impact of the training firsthand.

“I had an incident once where a gentleman was homicidal, suicidal,” he said. The man had a history of making threats to police officers, and when Williams showed up at the man’s home wearing plain clothes and traveling in the unmarked car of the mental health unit, the man was surprised to find he was a police officer.

That surprise worked in Williams’ favor: The man had a loaded rifle and said he had planned to shoot the next marked unit he saw.

“It saved our lives that night,” said Williams, who was able to get the man to social services without the situation becoming more volatile.

While some officers might typically revert to traditional policing techniques, CIT officers are trained to keep a safe distance, step back from a situation and let the person in crisis vent. They validate behavior and use “mirroring” tactics.

CIT also encourages building a rapport among the most vulnerable of community members. While not every situation presents an imminent crisis, officers like Williams are able to help people avoid incarceration for small misdemeanors. Rather than being incarcerated, a mentally ill person might be put into health services and tracked into a court that specializes in people with mental health issues.

Another mark of the unit’s success is collaboration among police, emergency medical services, fire and child protective services, all of which work together in response to mental health calls, he said.

“That’s what sets us apart,” Williams said. “Everybody is on the same page.”

The department’s efforts contributed to savings of more than $50 million in the county mental health system, according to statements from the Center for Health Care Services in San Antonio.

Amy Watson, an associate professor in social work at the University of Illinois at Chicago, has seen similar success while studying Chicago’s CIT programs. She’s collecting police data and early findings, which will be released later this summer, that show a difference in how CIT-trained police offers respond to calls.

“Sometimes, (police) walk into a situation and the gun’s already pointed, and they have few options at the point. But sometimes things escalate very quickly,” Watson said. “CIT takes a step back and get(s) the person to calm down. CIT officers are better prepared to work through that and come to some kind of solution.”

While CIT is working in some communities, some experts remain skeptical that the program can be a perfect solution.

“CIT provides police with all kinds of useful resources. And when combined with adaptive strategic thinking, access to mental health professionals, and good leadership and good culture around applying the lessons of CIT, it can save lives,” said David M. Perry, an associate professor of history at Dominican University in Illinois and a journalist who has written about police violence and disabilities.

But CIT solves the problem only if police can recognize the mental illness in advance and the situation unfolds in a predictable way.

“A lot of these tragedies are where people are suddenly surprised,” Perry said. “They don’t even know it involves disability until afterward.”

Those experienced with CIT training say it requires a buy-in from outside police departments, too. Giving an officer 40 hours of training doesn’t automatically produce a specialist in mental health, said retired Memphis police Maj. Sam Cochran.

“I wish we had magical cookie-cutter training,” said Cochran, who was one of the coordinators for Memphis’ CIT in 1988 and now consults with training programs across the country with the University of Memphis CIT Center.

To be successful, law enforcement must have partnerships with and access to local mental health agencies, he said. It’s a community program, not just a police program.

If communities give attention only to law enforcement, “you will fail as a training program,” Cochran said. “You cannot separate the two.”