Suffolk, Va. (WTKR)- A group of Virginia National Guard soldiers based in Suffolk have been called to mobilize for a deployment to Southwest Asia.

Nearly 100 Soldiers from the Suffolk-based Troop B, 2nd Squadron, 183rd Cavalry, 116th Infantry Brigade Combat Team are being assigned to the Winchester-based 3rd Battalion along with other soldiers based in Woodstock and Leesburg.

The approximately 450 total Soldiers will begin serving on federal active duty on September 8th, and the mobilization is expected to be for about 12 months.

They will conduct training at Fort Pickett for about three weeks to accomplish a number of administrative and field training tasks to prepare for the mobilization including weapons qualification, equipment issue and medical evaluation.

The Soldiers will then head to Fort Bliss, Texas for approximately 30 days of additional training before deploying.

Once they arrive in Southwest Asia, they will operate as a security force providing access control, tower guards and other security support.

Normally units receive anywhere between six and 18 months notice to mobilize for federal active duty, but 3rd Battalion received less than 180 days notification, Maj. Gen. Timothy P. Williams, the Adjutant General of Virginia said. "While we would have preferred more notice about this mission, I know the experienced officers and noncommissioned officers of 3rd Battalion will get this unit ready to deploy by their mobilization date in September."

The Portsmouth Sheriff Deputy got a phone call Wednesday telling him to report Thursday after being selected from an alternate status to replace someone who could no longer go.

"I’ve got to get ready and I’ve got to make sure I’ve got everything packed since I wasn’t preparing to go. So it was a shock. Then I had to make all of the notifications to my family members and my job and just trying to go through everything in my head of what needed to be done," Devoe told NewsChannel 3's Todd Corillo Thursday.

He'll be serving overseas with a familiar face. Devoe's 21-year-old step-son Specialist Jackson Fuller is preparing for his fist deployment.

"I just want to serve. My country. My brothers. Sisters. This guy. I just want to be there to look out for them and watch their backs," Fuller said.

Soldiers from Troop B last deployed to Iraq from August 2011 to December 2011 as part of Task Force 183 where they conducted convoy security operations in support of Operation New Dawn.

Soldiers from the 3rd Battalion, Company F and Troop B have also supported numerous state active duty missions in support of snowstorms and other hazard weather conditions. 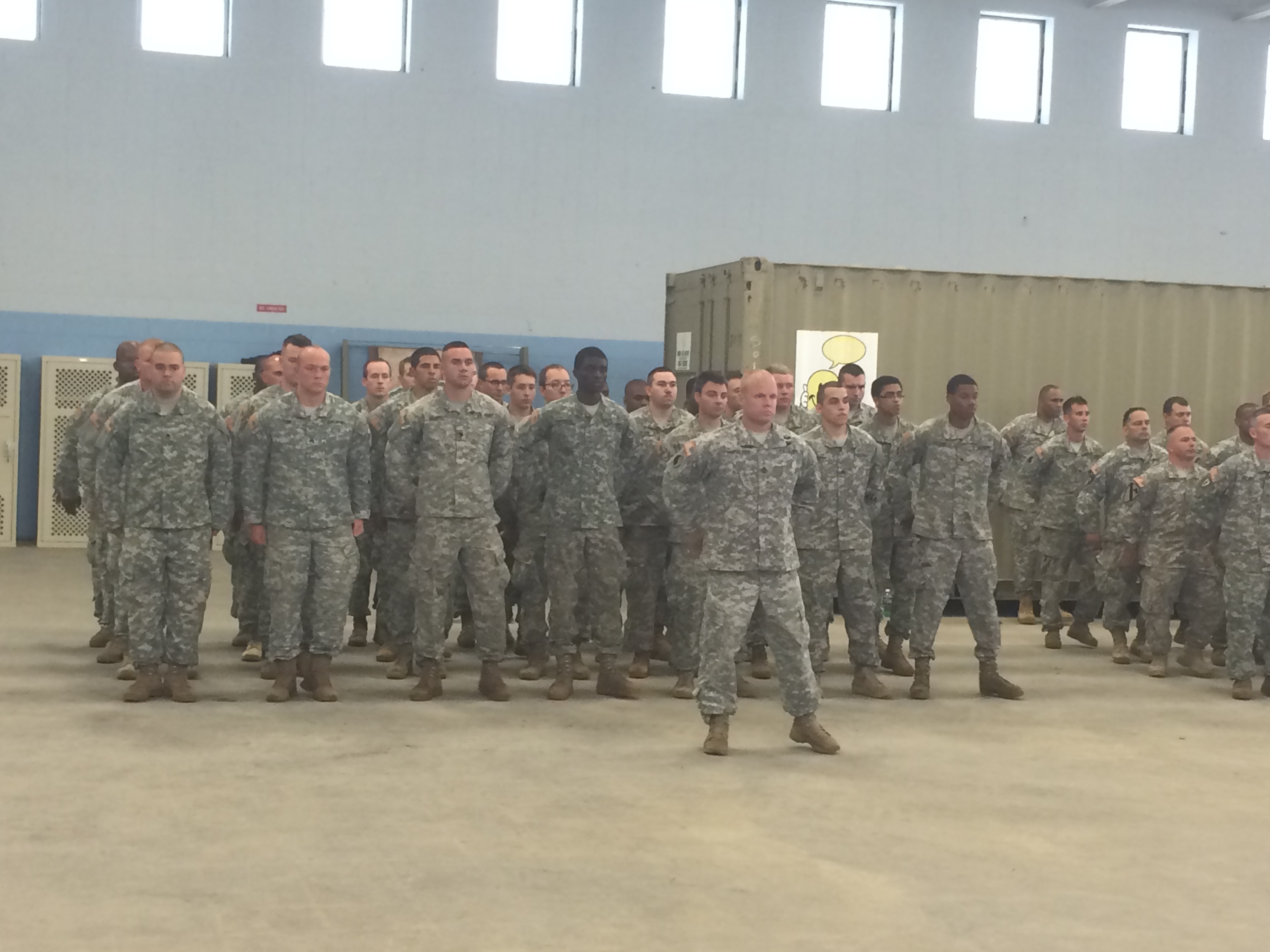